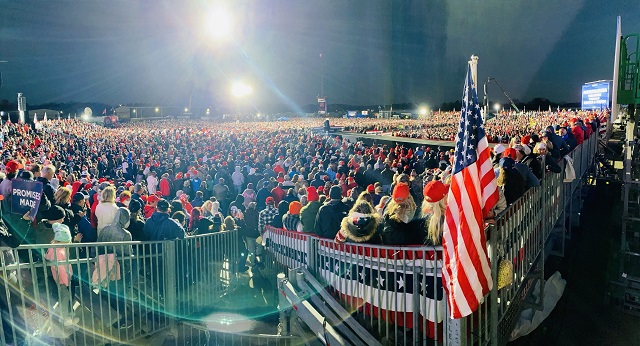 After being shamed into leaving his basement, Biden spent his time reading (poorly) off a teleprompter and deriding Trump supporters as “ugly folks” for being some of the few to visit his sparely-attended rallies.

A view from above in BUTLER, PENNSYLVANIA! Unbelievable!! Get out and #VOTE to #MAGA🇺🇸🦅

than at a Biden event. 😂 pic.twitter.com/ukFSDLJ65z