The polling indicates that only 25% of Americans support a total handgun ban in America, a record low in the history of Gallup’s gun control polling.

85% of Democrats support “more strict” gun control, and only 22% of Republicans do.

Joe Biden has pledged to govern as the most strict anti-gun President in American history. He’s promised to criminalize online gun sales, and pledged to ban what he sees as “assault weapons” and standard-capacity rifle magazines. 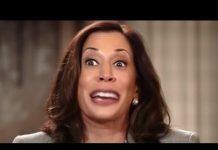