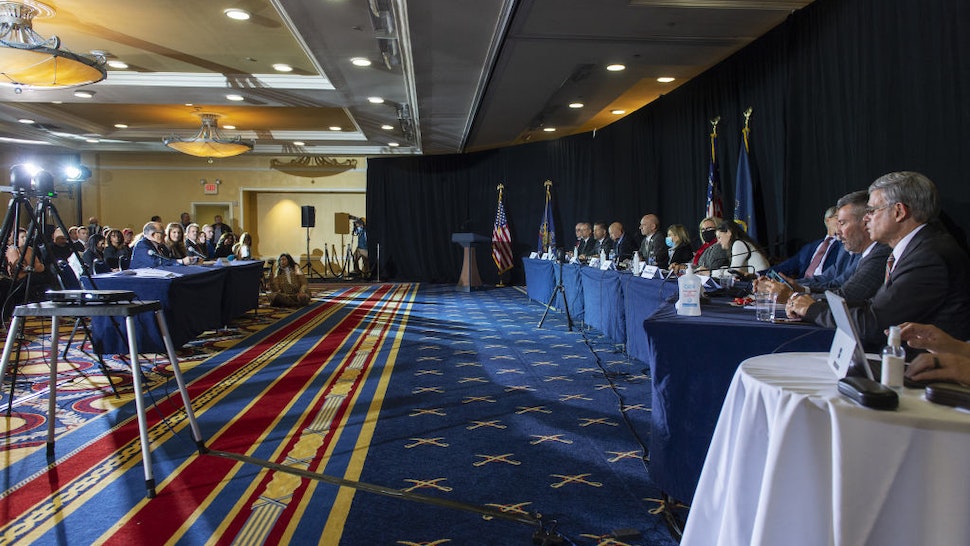 Republican lawmakers in Pennsylvania on Friday introduced a resolution meant to delay the certification of the election in the state and declare the results “in dispute.”

The resolution, signed by 21 members of the Pennsylvania House of Representatives, disputes the 2020 election results for state and national contests. The resolution lays out numerous requirements from the Pennsylvania Election Code, including a requirement that “all mail-in ballots to be received by eight o’clock P.M. on the day of the election” and a prohibition on the “counting of defective absentee or mail-in ballots.”

The resolution then lays out a number of allegations regarding the election, insisting many of the requirements under the Pennsylvania Election Code were not followed, including:

In addition, the Republican lawmakers note that litigation is still ongoing concerning the November 3 election and that in 2016, the election results were not certified until December 12. The Republicans allege “the Secretary of the Commonwealth unilaterally and prematurely certified results of the November 3, 2020 election regarding presidential electors despite ongoing litigation.”

The lawmakers request that the Pennsylvania House of Representatives: