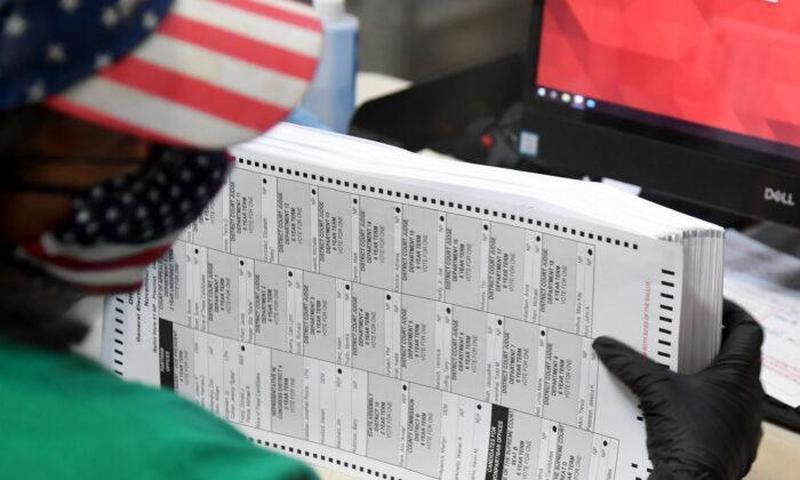 After a Pennsylvania Judge blocked the state from ‘taking any further steps’ to complete the certification of the presidential race on Wednesday – she dropped a detailed opinion on Friday justifying her decision, which concludes that the state’s changes to mail-in balloting procedures were likely illegal.

The order is currently delayed while the state Supreme Court considers the case on an expedited basis, which was filed by a group of Republicans who argued that the state’s changes to mail-in voting, Act 77, violated the commonwealth’s constitution.

Commonwealth Judge Patricia McCullough noted in her opinion that the plaintiffs “have established a likelihood to succeed on the merits” of the case, because “the Constitution does not provide a mechanism for the legislature to allow for the expansion of absentee voting without a constitutional amendment.”

BREAKING REPORT: Judge Patricia A. McCullough rules that PA preliminary ELECTION CERTIFICATION injunction was PROPERLY ISSUED and should be upheld..

“Additionally, Petitioners appear to have established a
likelihood to succeed.”

“Petitioners appear to have a viable claim that the mail-in ballot procedures set forth in Act 77 contravene Pa. Const. Article VII Section 14 as the plain language of that constitutional provision is at odds with the mail-in provisions of Act 77.”

Judge McCullough adds that without the emergency injunction, the plaintiffs would likely suffer “irreparable harm.”

“If what may be an unconstitutional mail-in voting process remains extant, such mail-in ballots may make the difference as to whether he is successful or not.”