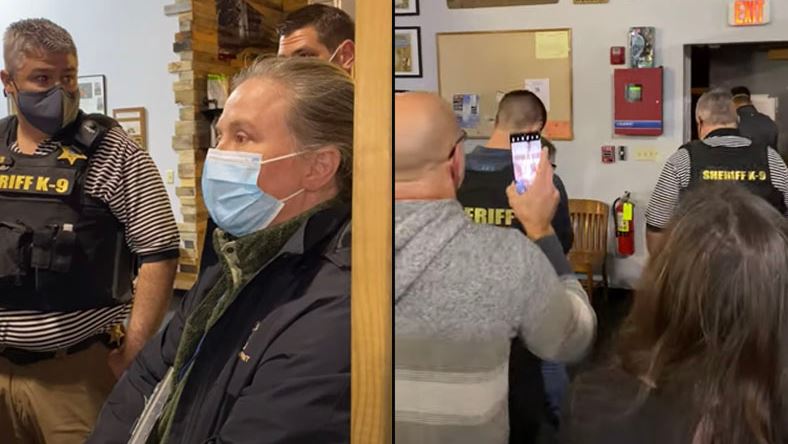 A crowd of patriots stood their ground and chased off a group of New York health authorities after they tried shutting down their gathering for violating COVID guidelines.

Video of Friday’s incident shows a large group of gym goers from Athletes Unleashed outside Buffalo, New York, confront several Erie County Sheriff’s Deputies and Health Dept. officials who made their way inside to break up the gathering, claiming the patrons were in violation of Governor Andrew Cuomo’s new 10-person-or-less rule for public gatherings.

The incensed crowd only stood their ground and shouted down at the police and county officials, including “Get out!” and “We will not comply!”

The mob of angry citizens deeply shamed the officials, who quickly folded in the face of a defiant citizenry who ended up chasing them back to their vehicles.

It’s unclear just how much power has been granted to the Erie County Sheriff’s Department by Gov. Cuomo’s COVID decrees, but one thing is for certain — it doesn’t appear constitutional.

As Dr. Scott Atlas, a member of President Trump’s coronavirus task force intimated last week in a now-deleted tweet, “The only way this stops is if people rise up. You get what you accept.”