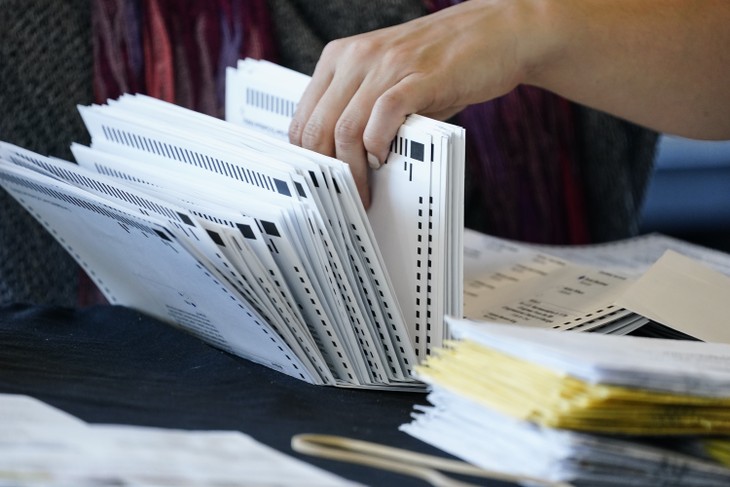 As I previously reported, there was a big problem in Antrim County in Michigan when according to a technical “glitch,” 6000 votes that were supposed to go to President Donald Trump were given to Joe Biden in the official totals.

The problem was flagged because it was so obvious that such a red county was not going more than 60% for Biden.

But then people started asking why did this occur and questioning whether the “glitch” might have occurred elsewhere in the state because 47 counties had the same software, as we reported.

One Michigan county clerk caught a glitch in tabulation software so they hand counted votes and found the glitch caused 6,000 votes to go to Biden + Democrats that were meant for Trump and Republicans. 47 MI counties used this software. All must check now! pic.twitter.com/21AXyJZDZi

The Michigan Secretary of State Jocelyn Benson, a Democrat, claimed that “the clerk accidentally did not update the software used to collect voting machine data and report unofficial results.”

So here’s the question I have with that: how does not “updating” the software result in the transposition of the votes to your opponent? And again, if it did, does that not suggest there is a problem in the function or design of what they have in place if this can occur?

As my colleague Jennifer Van Laar reported this is not only a question for the 47 counties in Michigan, but everywhere this system has been employed which interestingly, seems to be in the contested areas including Nevada, Arizona, Pennsylvania and Georgia. She also reported about how there have been prior problems with this system and that there was also a problem in Georgia on Tuesday, also related to an “update” causing a “glitch.”