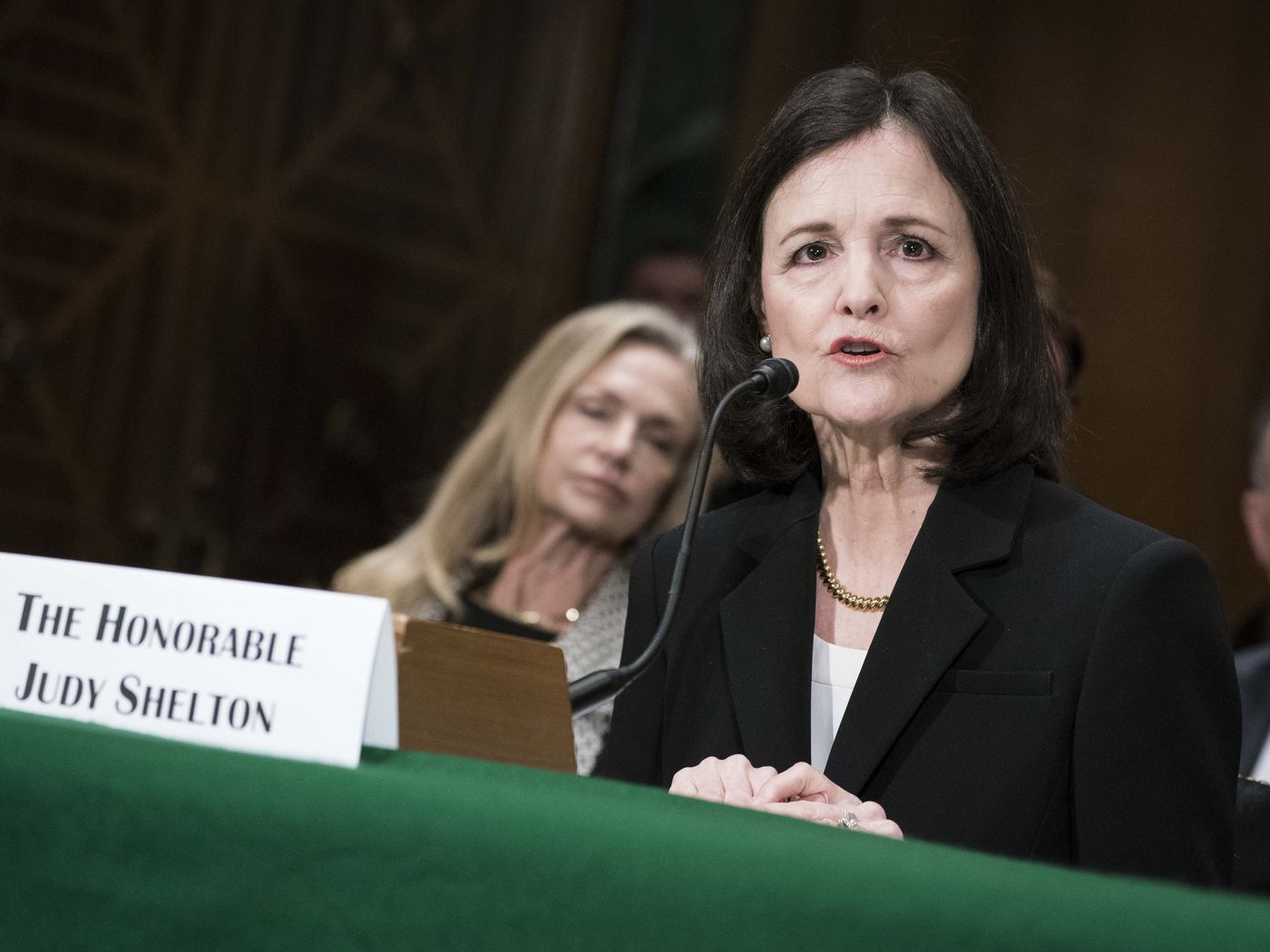 It was only after he entered politics that President Donald Trump began to fully grasp the bias, dishonesty, and fakeness that runs throughout the so-called mainstream media.

But gold bugs and sound money advocates have long known to distrust the reporting of establishment news sources.

Journalists’ anti-gold and anti-Trump biases converged this week as the Senate took up President Trump’s nomination of Judy Shelton to the Federal Reserve Board.

A path to her confirmation appeared to exist earlier this week, but that path was blocked, at least temporarily, on Tuesday.

Two Republican Senators had gone into quarantine and Democrat Kamala Harris shuttled in from her Vice President in-waiting training to cast a “no” vote.

Senate Majority Leader Mitch McConnell took procedural steps which enable him to bring Shelton back up for another vote when the two quarantined Republicans return. But that didn’t stop the press from pronouncing her nomination dead.

“Kamala Harris Rushes Back to Washington to Block Trump From Putting a Crank on the Fed Board,” blared a headline from Slate. The article smeared Shelton as a “crank who wants to return to the gold standard and get rid of deposit insurance.”

Meanwhile, NBC News also parroted the party line about Shelton. She is, we are told, “known for her unorthodox support for the gold standard, an archaic policy concept to which no developed economies today adhere.”

For those of us in the precious metals community, it’s all too familiar – the personal attacks, the equating of gold to a “barbarous” relic of the past, the invocation of “mainstream economists” as authority figures, etc.

The vast majority of financial journalists lack the intellectual curiosity to seek out the actual views of sound money advocates. Those who tread too indelicately on the gold-suppressing banking cartel are simply blacklisted by major media outlets – as has been the fate of the Gold Anti-Trust Action Committee.

A classical gold standard does have potential drawbacks, to be sure.

For one, it would empower the government to “fix” the price of gold in terms of U.S. currency and enable it to cheat the system by subsequently raising the gold price – devaluing the dollar – as President Franklin Delano Roosevelt infamously did.

Many sound money advocates believe gold and silver should instead be allowed to circulate freely as money without any tax impediments so that they can find their true free market value.

Precious metals, along with cryptocurrencies and other alternatives, would have the opportunity to supplant government-issued fiat currencies that are mismanaged.

Judy Shelton as a lone voice at the Federal Reserve would obviously lack the ability to reshape U.S. monetary policy on her own. But the keepers of the prevailing Keynesian, inflationist orthodoxy want to make sure no dissenting voices have a seat at the table.

Otherwise the media might have to actually take their perspectives seriously.

Journalists constantly condition the public to trust the “experts” – no matter how often reality proves them wrong or how often they give contradictory advice.

For example, the top health experts have proven themselves to be clueless when it comes to forecasting or mitigating the spread of the novel coronavirus.

But no matter what, the media tells us the anointed public health authorities have to be believed and the skeptics dismissed, demonized, and censored.

After months of fomenting economically crippling virus hysteria and pushing inflammatory racial narratives that led to rioting and crime spikes in cities across the country, the mainstream media managed to sink its credibility to even lower lows on election night.

Fox News joined other networks (though not all) in prematurely calling states for Joe Biden and falsely projecting that Democrats would increase their majority in Congress.

In fact, President Trump is still contesting some of those states and Republicans defied the media’s faulty polling models to shrink Nancy Pelosi’s majority and pick up at least nine seats in Congress.

The biggest source of election-related misinformation in 2020 was the fake news pumped out by the legacy media and their pollsters.

Regardless of how President Trump’s policy successes and failures are ultimately judged, one of his most significant accomplishments was to single-handedly discredit the media in the eyes of much of the public.

The public should also know that financial journalists are just as biased and error-prone as political journalists. They seem to have a special disdain for precious metals.