FRAUD VITIATES EVERYTHING ipso facto the outcome of a POTUS election that is rife with one-sided fraud and corruption is rendered null and void. Especially any outcome, which saw the winner attain his or her victory through fraudulent means and/or criminal conduct, is automatically invalid under the law. Likewise, fraud vitiates contracts.

An election presumes a contract between the electorate and the elected.  This social contract is irreversibly broken through voter fraud since the public trust is profoundly violated.  Election fraud rents asunder the sacred covenant between the elected and the electors.  Hence, Joe Biden’s prematurely declared victory is both illegitimate and annulled.  President Trump is, therefore, the victor of the 2020 POTUS election by default…by law…and according to the U.S. Constitution. 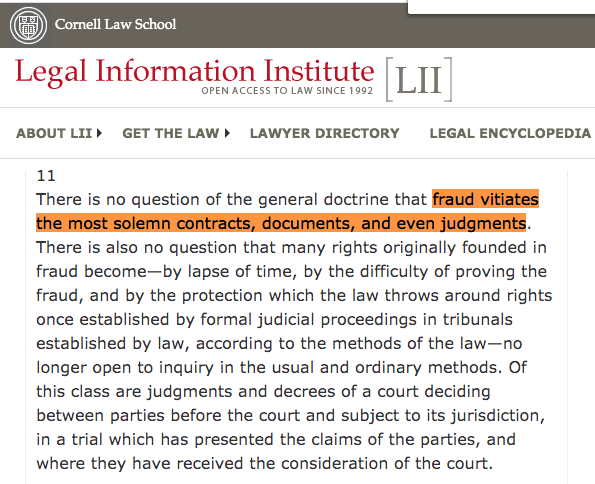