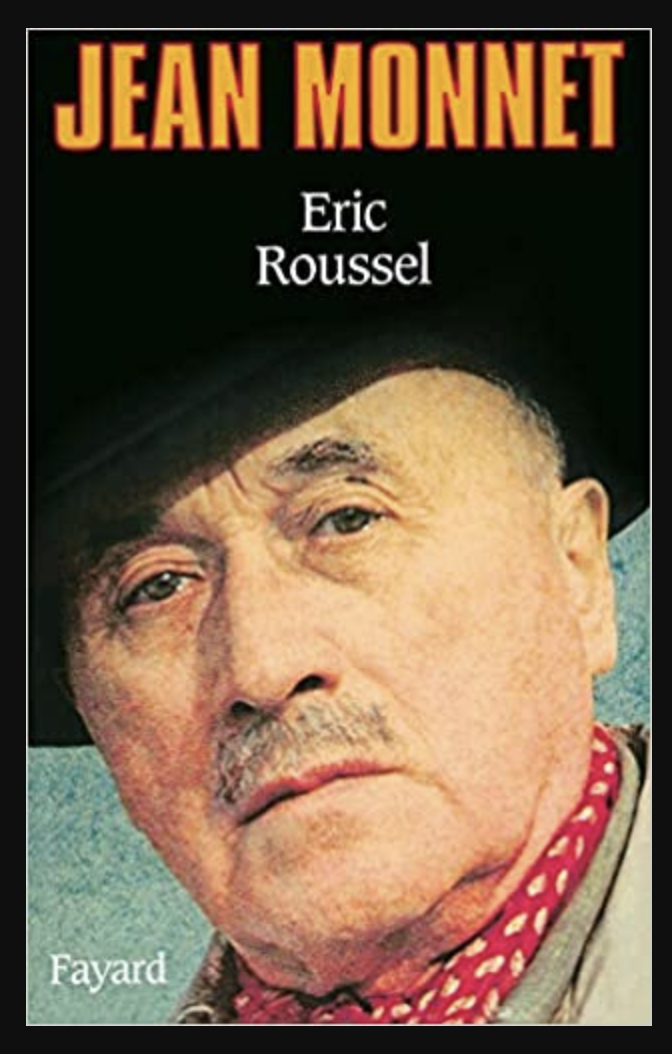 The details are supplied in an exhaustive 1,000-page biography of Jean Monnet by Éric Roussel, which was published only in France in 1996, and which seems to have been successfully suppressed. It has never been translated, and has no reviews even at Amazon. However, Ambrose Evans-Pritchard of UK’s Telegraph newspaper has provided some of the core information from it. Furthermore, Richard J. Aldrich’s 2003 The Hidden Hand also provides key details, such as by Aldrich’s saying, on page 366, about the American Committee for a United Europe:

ACUE, more than any other American front organization of the Cold War, was a direct creature of the leading lights of the CIA. Indeed, it was so replete with famous CIA figures that its ‘front’ was very thin. Its early years seemed to have formed something of a laboratory for figures such as [Bill] Donovan, [Allen] Dulles, [Walter] Bedell Smith and [Tom] Braden, before they moved on to other projects in the mid-1950s. Over its first three years of operations, 1949-51, ACUE received $384,650, the majority being dispersed to Europe. This was a large sum, but from 1952 ACUE began to spend such sums annually. The total budget for the period 1949-60 amounted to approximately $4 million. As the quantity of money flowing across the Atlantic began to increase, ACUE opened a local Paris office to monitor more closely groups that had received grants. By 1956, the flood of increased funding was prompting fears among the Directors of ACUE that its work would be publicly exposed. …

The emerging European Economic Community (EEC) and the growing Western intelligence community overlapped to a considerable degree. This is underlined by the creation of the Bilderberg Group, an informal and secretive transatlantic council of key decision-makers [representatives of the billionaires who controlled U.S. and U.S.-allied international corporations]. Bilderberg was founded by Joseph Retinger and Prince Bernhard of the Netherlands in 1952 in response to the rise of anti-Americanism in Europe. … Retinger secured support from Averell Harriman, David Rockefeller and Walter Bedell Smith. The formation of the American wing of Bilderberg was entrusted to Eisenhower’s psychological warfare chief, C.D. Jackson, and the funding for the first meeting, held at the Hotel de Bilderberg in Holland in 1954, was provided by the CIA.

Funds for these CIA operations came not only from the U.S. Treasury but from private sources, America’s super-rich, and, also from organized gangsters, as was revealed in the 1998 classic by Alexander Cockburn and Jeffrey St. Clair, Whiteout: The CIA, Drugs and the Press. This off-the-books funding comes from narcotics kingpins throughout the world, as protection-money, which is essential to keep them in business. So, the EU was financially fueled from all of these sources, and, basically, was a bribing-operation (to end up getting the ‘right’ people into the EU’s Parliament, etc.), in addition to be receiving funds from what might be considered idealistic philanthropic donors (because the dream of a united Europe had long preceded the grubby version of it that the CIA created for Europeans). The EU was a Cold War operation, from the very start. Though the Cold War was allegedly ideological, it was actually the result of a decision that U.S. President Harry S. Truman made on 26 July 1945, for the post-WW-II U.S. to achieve, ultimately, the world’s first all-encompassing global empire. The EU was designed to serve the political aspects of that, and NATO the military aspects, for America’s European ‘allies’ (America’s European vassal nations). The aim was for the Soviet Union (subsequently only Russia) to become surrounded by enemies, so that, in the final analysis, the U.S. and its ‘allies’ would be offering the U.S.S.R. “a deal they can’t refuse.” This deal (quite fitting to come from an international gangland operation such as America’s Deep State) would be inclusion in the U.S. empire, on terms that are set solely by the U.S. Government — either this, or else conquest. Then, the same thing would be done to China.

Pritchard issued two important articles about this, the first being his 19 September 2000 “Euro-federalists financed by US spy chiefs”:

DECLASSIFIED American government documents show that the US intelligence community ran a campaign in the Fifties and Sixties to build momentum for a united Europe. It funded and directed the European federalist movement. … One memorandum, dated July 26, 1950, gives instructions for a campaign to promote a fully fledged European parliament. It is signed by Gen William J Donovan, head of the American wartime Office of Strategic Services, precursor of the CIA.

The documents were found by Joshua Paul, a researcher at Georgetown University in Washington. They include files released by the US National Archives. Washington’s main tool for shaping the European agenda was the American Committee for a United Europe, created in 1948. The chairman was Donovan, ostensibly a private lawyer by then.

The vice-chairman was Allen Dulles, the CIA director in the Fifties. The board included Walter Bedell Smith, the CIA’s first director, and a roster of ex-OSS figures and officials who moved in and out of the CIA. The documents show that ACUE financed the European Movement, the most important federalist organisation in the post-war years. In 1958, for example, it provided 53.5 per cent of the movement’s funds.

The leaders of the European Movement — Retinger, the visionary Robert Schuman and the former Belgian prime minister Paul-Henri Spaak — were all treated as hired hands by their American sponsors. The US role was handled as a covert operation. ACUE’s funding came from the Ford and Rockefeller foundations as well as business groups with close ties to the US government.

Then, on 27 April 2016, he bannered “The European Union always was a CIA project, as Brexiteers discover” and reported:

It was Washington that drove European integration in the late 1940s, and funded it covertly under the Truman, Eisenhower, Kennedy, Johnson, and Nixon administrations. … The US has relied on the EU ever since as the anchor to American regional interests alongside NATO. …

It is odd that this magisterial 1000-page study found only a French-language publisher. [That’s the book by Eric Roussel, Jean Monnet. The French Wikipedia’s article on Roussel says “En 1995, il écrit une biographie consacrée à Jean Monnet2 qui reçoit le prix de l’Essai de l’Académie française, le prix Guizot, et le prix européen de l’histoire.” Despite all of those awards, the work is little-known, even in France.] Nor are many aware of declassified documents from the State Department archives showing that US intelligence funded the European movement secretly for decades, and worked aggressively behind the scenes to push Britain into the project. …