The ongoing backlash against Fox News over the network’s anti-Trump election coverage and never-Trump anchors (including Biden debate wingman Chris Wallace) has put the network in a viewership crisis which has not gone unnoticed by their competitors.

‘They forgot what made them successful, what got them there,” Trump continued. “They forgot the Golden Goose.”

As a result, Trump-voting Fox viewers have been flocking to rivals Newsmax and OAN – both of which Trump promoted heavily after the election. 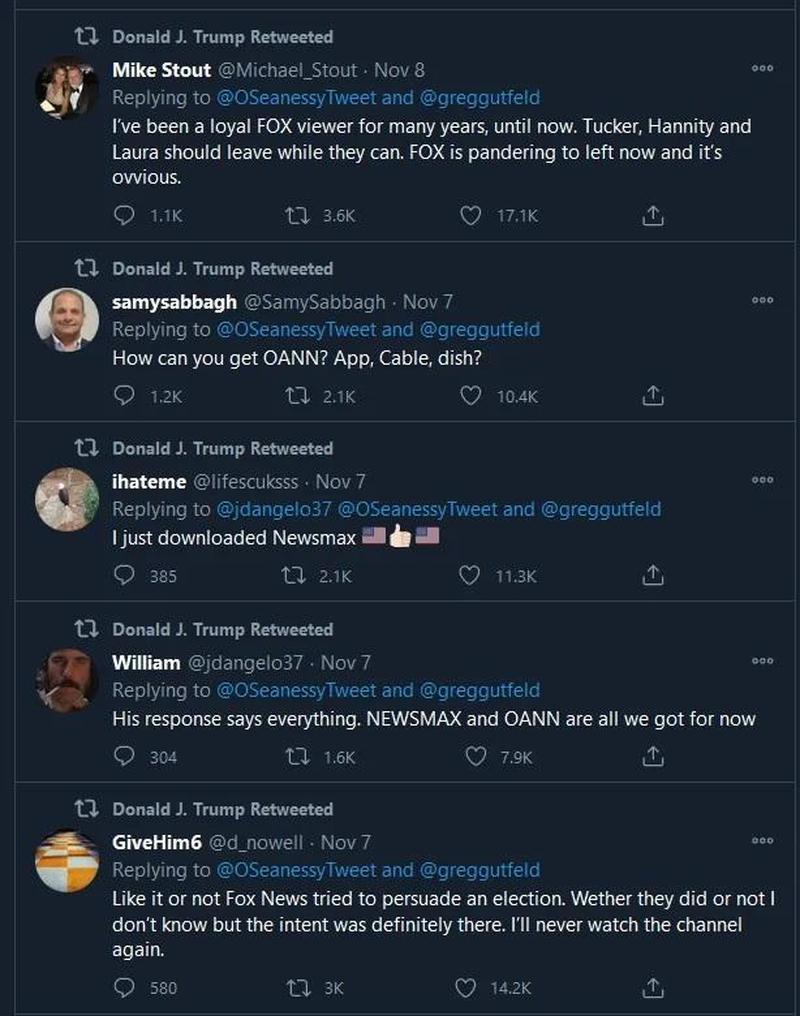 And in the latest evidence of Fox’s taking shrapnel from the landmine of wokeness, MSNBC’s “Morning Joe” just overtook “Fox & Friends” for the first time since 2001 as the #1 cable news morning show – a distinction the network openly bragged about on social media.