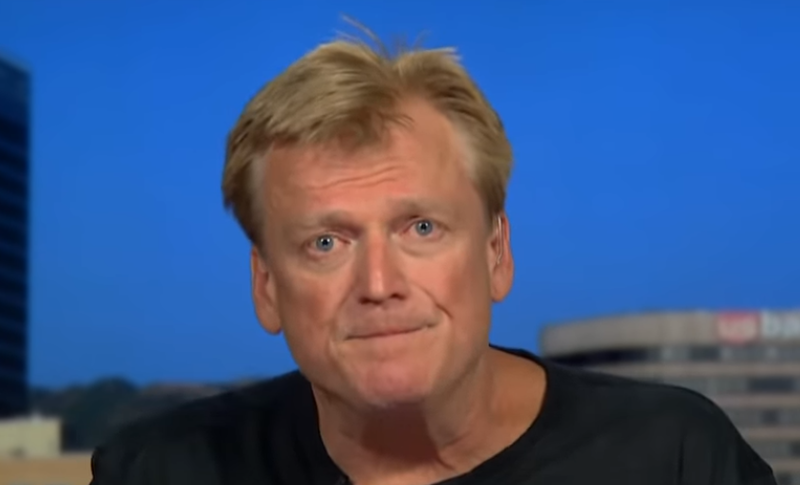 Patrick Byrne, former CEO of Overstock.com, says he’s funding a group of ‘hackers, cybersleuths, and other people with odd skills’ to prove that Democrats cheated in the 2020 election, and that President Trump rightfully won.

“I’ve funded a team of hackers and cybersleuths, other people with odd skills,” Byrne told One America News.

The 57-year-old multimillionaire also appeared on several podcasts, including a November 23 appearance in which he said: “I’m a free agent, and I’m self-funded, and I’m funding this army of various odd people,” according to the Daily Beast.

Byrne claims he’s funding teams of “hackers and crackers” who realized all the way back in August that Dominion voting machines could be used to steal the election from Trump. Since the election, those voting machines have figured prominently in Trump supporters’ allegations of fraud, despite the company’s repeated denials and any actual proof the voting tallies were changed. –Daily Beast

According to Powell’s Georgia lawsuit: “Old-fashioned ballot-stuffing” has been “amplified and rendered virtually invisible by computer software created and run by domestic and foreign actors for that very purpose,” adding that “Mathematical and statistical anomalies rising to the level of impossibilities, as shown by affidavits of multiple witnesses, documentation, and expert testimony evince this scheme across the state of Georgia.”

The suit claimed that election software and hardware from Dominion Voting Systems used by the Michigan Board of State Canvassers helped facilitate the fraud.

Speaking to Christopher McDonald of The McFiles in a recent interview, the former head of a $200 billion e-commerce company that has never once gotten hacked revealed that Dominion Voting Systems were used to perform a “Drop and Roll” technique of voter fraud that slyly padded the vote for Biden in at least five key swing areas of the country.

Atlanta, Detroit, Milwaukee, Philadelphia, and Maricopa County, Arizona (Phoenix) were all rigged prior to election day to strip President Trump of his rightful win in each of these states. Byrne also mentioned Clark County, Nevada (Las Vegas) as another election fraud locale, though this one was more secondary.

According to Byrne, who is not a supporter of President Trump but rather a “small l” libertarian, these five (or six if you include Clark County) areas are where a bulk of the election fraud took place. It did not have to be widespread because these were the key swing areas that Biden needed to “win” in order to steal the election.

“By cheating those five counties, you flip five key states, you flip the electoral college,” Byrne says. “In places where Trump lost by 10,000, there may be 300,000 fake, illegal votes for Biden. So this isn’t even close.”