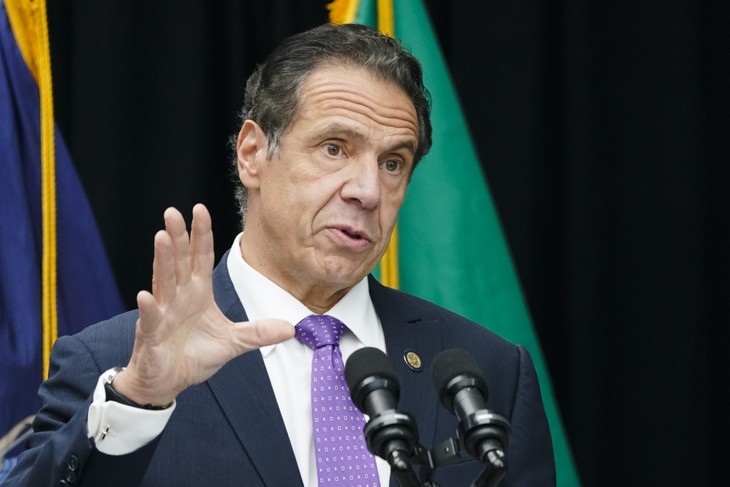 This is not The Onion or the Babylon Bee.

New York Governor Andrew Cuomo, who sent thousands of elderly New Yorkers to their deaths with his nursing home policy in the early months of the pandemic and then tried to cover it up, “will receive this year’s International Emmy® Founders Award, in recognition of his leadership during the Covid-19 pandemic and his masterful use of television to inform and calm people around the world.”

“The Governor’s 111 daily briefings worked so well because he effectively created television shows, with characters, plot lines, and stories of success and failure,” said International Academy President & CEO, Bruce L. Paisner.  “People around the world tuned in to find out what was going on, and New York tough became a symbol of the determination to fight back.”

Past recipients of the award include recipients include Vice President Al Gore, Oprah Winfrey, and Steven Spielberg.

On March 25, Cuomo ordered nursing homes to accept patients regardless of their coronavirus status even though it was well-known at that point that the elderly were more vulnerable to the virus.

By any measure, Cuomo botched New York’s response to COVID-19… and now he’s getting an award for it.

Cuomo nevertheless defended the policy, telling nursing homes in April that they “don’t have a right to object. That is the rule and that is the regulation and they have to comply with that.” He eventually rescinded the order on May 11, but the damage had been done. Cuomo enabled a massive outbreak in New York nursing homes. Making the situation was was that he tried to cover it up with bogus coronavirus stats. While New York was not the only state that sent COVID-19 positive patients to nursing homes and long-term care facilities, New York was the only state that deliberately excluded the deaths of nursing home residents who died in hospitals in their tallies of nursing home resident deaths. This means that New York was vastly undercounting nursing home deaths. New York State Department of Health eventually acknowledged that their official numbers did not accurately reflect the true impact of Cuomo’s policy.

Cuomo nevertheless doubled down on the cover-up by having his administration “investigate” the policy and its impact. As expected, the Cuomo administration absolved Cuomo completely, concluding that the decision to send patients who tested positive for the coronavirus into nursing homes was not a “significant factor” in the thousands of deaths that occurred in nursing home facilities statewide.