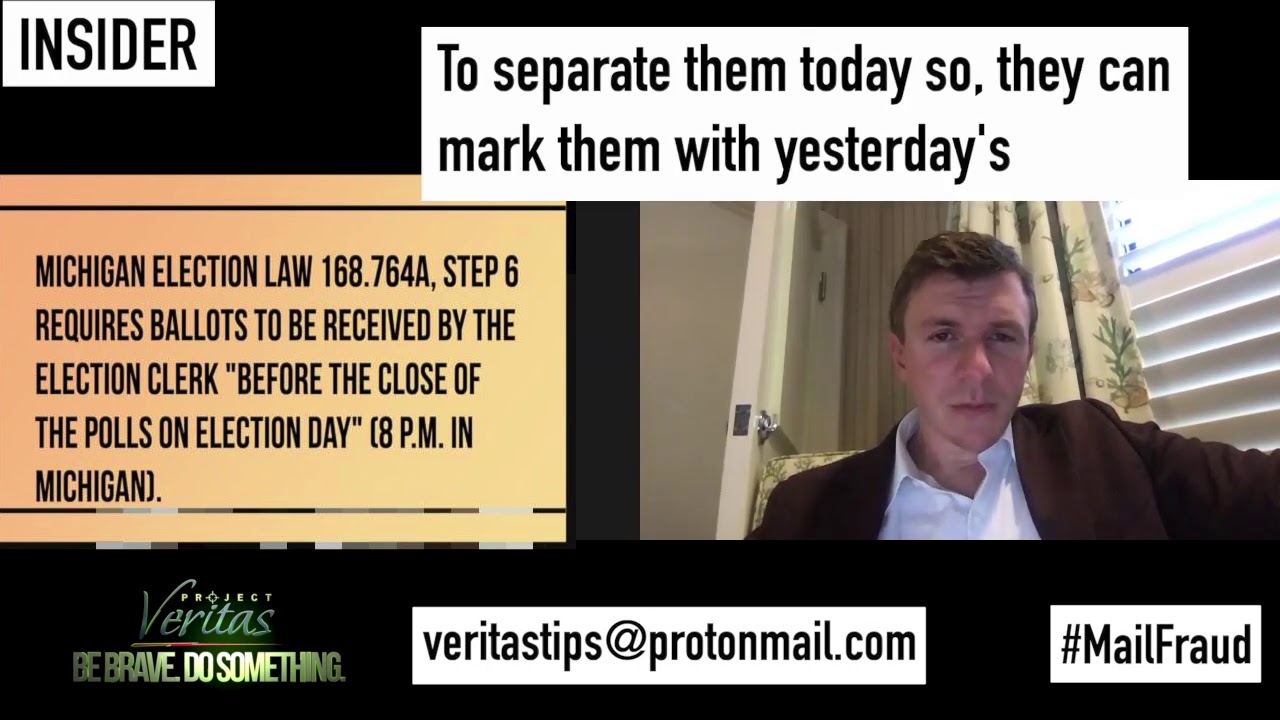 Get this alarming report out to everyone you know to stop the steal before it’s too late.

“Separate them from standard letter mail so they can hand stamp them with YESTERDAY’S DATE & put them through”#MailFraud pic.twitter.com/n7AcNwpq80

The concerned citizen who contacted the undercover journalism network said he works for the Barlow branch of the Traverse City Post Office.

Speaking with Project Veritas founder James O’Keefe, the anonymous individual explained, “We were issued a directive this morning to collect any ballots we find in mailboxes, collection boxes, just outgoing mail in general, separate them at the end of the day so they could hand stamp them with the previous day’s date. Today is November 4th for clarification.”

In October, an appeals court ruled ballots received after 8 p.m. on Election Day in Michigan cannot be counted, so post-dating them would be a criminal offense.

When asked by O’Keefe why he decided to come forward, the whistleblower responded, “That’s sketchy. I don’t like sketchy. It screams corruption. Also, knowing the post offices leanings politically, it didn’t seem right.”

He also encouraged his fellow postal workers to join him in reporting any foul play the might encounter.

O’Keefe reached out to the leaker’s supervisor who supposedly ordered employees to post-date late absentee ballots, but the man immediately hung up the phone when confronted.