The Gateway Pundit has published many articles on the Dominion Voting Systems used in the 2020 US elections.

Last week we reported instances where votes were moved from Republicans to Democrats and another instance where votes disappeared.  Since that time there is growing concern surrounding the Dominion voting machines and applications used in multiple states in the 2020 election.

One Dominion feature that has not been widely discussed is the “weighted race feature” or assigning fractions to each vote cast in the machines.

All major voting machine vendors, including Dominion, have this feature. This system breaks votes down into fractions and then weights them for some reason.

Dominion said the feature was built in for their  condo or land ownership customers who may want to tabulate votes based on the amount of land each participant may own.

We’ve reported several instances in the 2020 election where votes were removed from Republicans and given to Democrat candidates, including 20,000 votes in Pennsylvania which led to a 40,000 vote swing for Biden.  We also noted at least one instance where the total number of votes counted were decreased by 373,000 in Virginia.  All of these instances occurred in states where the Dominion voting machines are in place.

On Tuesday The Gateway Pundit wrote Dominion Voting and asked the company how many licenses/packages they have sold to condo or land owner entities that are using the weighted race feature.

Here is a video on this vote rigging feature.

We have not heard back from Dominion.  We don’t expect to.

We are betting they haven’t sold any of their weighted race feature products to HOA’s, schools, condo associations, etc…  in years, if ever.

What this means is that the “weighted race feature” is included in Federal Election software for one purpose only.

There is only one reason to include this — for cheating elections.

This is what happened in the 2020 US election. 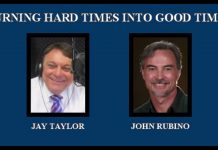