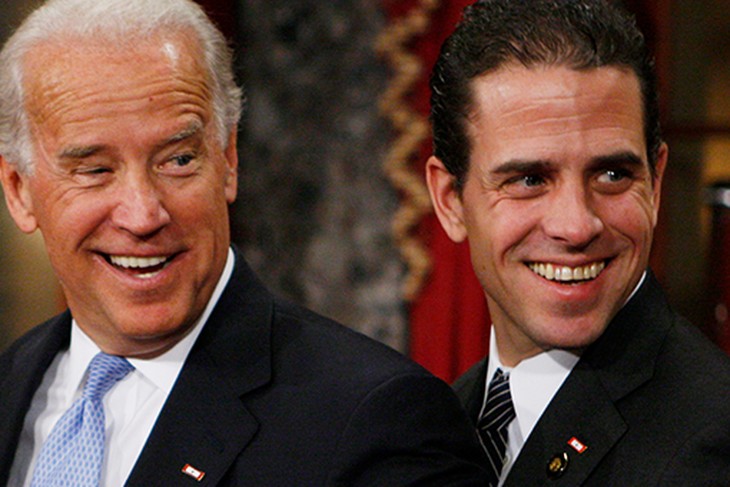 The only person who burns for revenge more than a Democrat who just lost is a Democrat who just won. The Dems are getting what they want, a Trump-free White House, and it makes them furious. Now they’re publicly yearning for vengeance against the computer repairman who almost cost them their victory. And he did so by telling the truth, which they hate like poison.

Just weeks before the election, the owner of a computer repair shop near Joe Biden’s home claimed to have a laptop full of incriminating evidence that Hunter Biden had abandoned 18 months ago. The New York Post broke the story, which set off such a panic that Twitter suspended the centuries-old newspaper and blocked all links to the story. Of course, this triggered the Streisand Effect, bringing even more attention to a story they were trying to suppress.

As I noted last month, there seem to be two prevailing theories about this story:

Theory 1: Hunter Biden, a known drug abuser, was visiting his father in Wilmington in April 2019 and abandoned one of his laptops at a nearby repair shop.

The first theory is the one with all the evidence behind it, so of course liberals dismiss it outright. They’re rubes, so they believed the same excuse the Democrats have been using nonstop for the past four years: Russia. Somehow, Russia infiltrated the Wilmington computer-repair community decades ago, just waiting for the opportunity to fake a bunch of evidence against the Biden family. Just like that show The Americans! It couldn’t just be that an admitted crackhead screwed up. There must be some sort of conspiracy.

That’s why they’re all crowing about this latest bit of news. Karl Baker, Delaware News Journal:

The computer repair store at the center of a scandal involving a laptop allegedly belonging to Hunter Biden that contained “smoking-gun” emails about the Biden family’s foreign dealings has closed.

A neighbor said the owner skipped town, according to the Delaware News Journal. The outlet also reported that 10 days after the election, a sign appeared on the store’s door to say that the shop had closed…

An attorney for John Paul Mac Isaac, who owned the Delaware repair shop, said that Mac Isaac closed the shop because he had received death threats. The attorney, Brian Della Rocca, did not say where his client has gone or if he left town at all.

So, congratulations to the Biden family. You got what you wanted, and in the process you managed to ruin a small business owner who exposed your corruption. He’s now in hiding, and your voters are cheering on the destruction of his business and his life. If he wanted to run a business in the United States of America, he shouldn’t have caused problems for the Democratic Party.

And somehow, libs think this proves it’s all fake. They drove this guy into hiding, and to them it’s just further proof that their conspiracy theory was right all along.