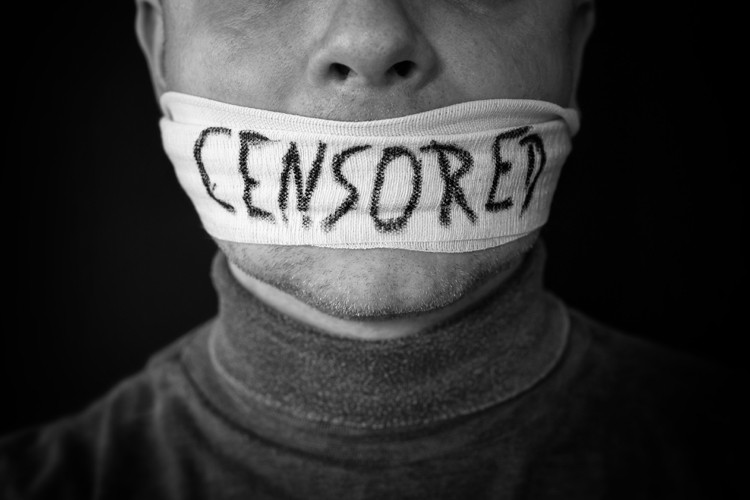 Watch what you say, and don’t dare hold opinions offending the Machiavellian minions. For the consequence may be that you can’t send email, transfer money, sell a book, rent an apartment, or make a decent living.

Welcome to the Chinese “social-credit system” American style: a corporatocracy, a model in which big government and big business work hand-in-glove exercising monopolistic control over the mouths and minds of Americans. This dark and developing reality is otherwise known as “something on Joe Biden’s bucket list.”

Commentator Tucker Carlson sounded the alarm about this Tuesday, addressing the just-concluded Capitol Hill Big Tech hearings. While most Americans were focusing on the still-contested election or the upcoming holidays, insofar as they’ll be “allowed” to celebrate them, Carlson mentioned that some interesting facts came to light during the questioning of the Silicon Valley CEOs.

While Zuckerberg claimed ignorance of the tool’s existence, a Facebook spokesman later confirmed its reality to Fox News, saying that it’s used “to centralize and aid investigations into complex subjects like coordinated inauthentic behavior.”

If that sounds confusing, “coordinated inauthentic behavior” is “otherwise known as astroturfing. That’s the process of creating fake grassroots political movements, sometimes by foreign governments,” explained Carlson on his Fox News show. “It’s something the left claims to be very concerned about.”

“In other words, Centra is yet another long term consequence of the Russia hoax,” the host continued. “So Adam Schiff gets hysterical, but Vladimir Putin and then Facebook gets [sic] to spy on you without your knowledge and then sell the data they gather.”

Yet it gets even better (read: worse). Hawley also asked Zuckerberg about a Facebook program called “Tasks.” The senator’s whistleblowers stated that “Tasks allows Facebook’s censorship teams to quote, ‘Communicate with their counterparts at Twitter and Google and then enter those companies suggestions for censorship onto the task platform so that Facebook can then follow up with them and effectively coordinate their censorship efforts,’” Carlson also related.

“Got that? They’re all in it together. The tech companies amount to a censorship cartel.”

Zuckerberg, mind you, characterized such efforts as “pretty normal.”

“And so, yes, it is all real,” Carlson stated. “Silicon Valley acts as one.”

What were they saying about “coordinated inauthentic behavior” or, to use a word insanely popular for a time among Democrats, “collusion”?

The Democrats want more of it, however. Also during the hearings, Senator Chris Coons (D-Del.) said to Twitter CEO Jack Dorsey, “You do … have policies against deep fakes or manipulated media against COVID-19 misinformation, against things that violate civic integrity, but you don’t have a standalone climate change misinformation policy. Why not?”