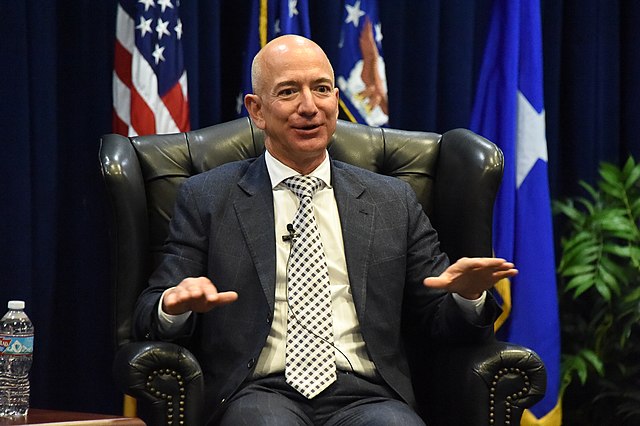 Amazon’s workforce has surged over 50 percent in just one year with the company embarking on an “unrivaled” hiring spree as hundreds of thousands of small businesses deemed “unessential” were put out of business due to tyrannical corona lockdowns.

From The New York Times, “Pushed by Pandemic, Amazon Goes on a Hiring Spree Without Equal”:

Amazon added 427,300 employees between January and October, pushing its work force to more than 1.2 million people globally, up more than 50 percent from a year ago. Its number of workers now approaches the entire population of Dallas.

The scale of hiring is even larger than it may seem because the numbers do not account for employee churn, nor do they include the 100,000 temporary workers who have been recruited for the holiday shopping season. They also do not include what internal documents show as roughly 500,000 delivery drivers, who are contractors and not direct Amazon employees. 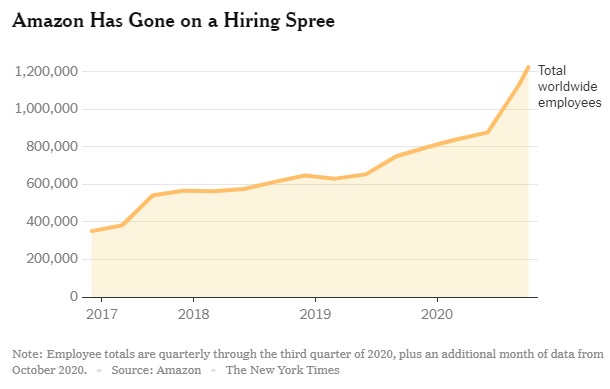 Such rapid growth is unrivaled in the history of corporate America. It far outstrips the 230,000 employees that Walmart, the largest private employer with more than 2.2 million workers, added in a single year two decades ago. The closest comparisons are the hiring that entire industries carried out in wartime, such as shipbuilding during the early years of World War II or home building after soldiers returned, economists and corporate historians said.

[…] At this pace, it is on track to surpass Walmart within two years to become the world’s largest private employer.

Amazon CEO Jeff Bezos’ personal propaganda mill, The Washington Post, advocated for the lockdowns and peddled the corona-hysteria which once again made Bezos the richest man in the world — even after he paid out some $38 billion in his divorce.

In July, Bezos personally praised the Black Lives Matter movement in testimony before congress for bringing about what he deemed “a much-needed race reckoning.”

Amazon CEO Jeff Bezos, the world’s richest man, said during testimony before congress on Wednesday that the US is in the middle of a “much-needed race reckoning.” https://t.co/qlgw4yMpPI

According to insurance industry payouts, the 2020 Black Lives Matter riots were the most damaging riots in US history — but Amazon has only profited off them.

The situation for small businesses is only going to get worse as states with Democratic governors are instituting a second round of lockdowns despite data indicating the lockdowns are causing far more damage than they supposedly prevent.