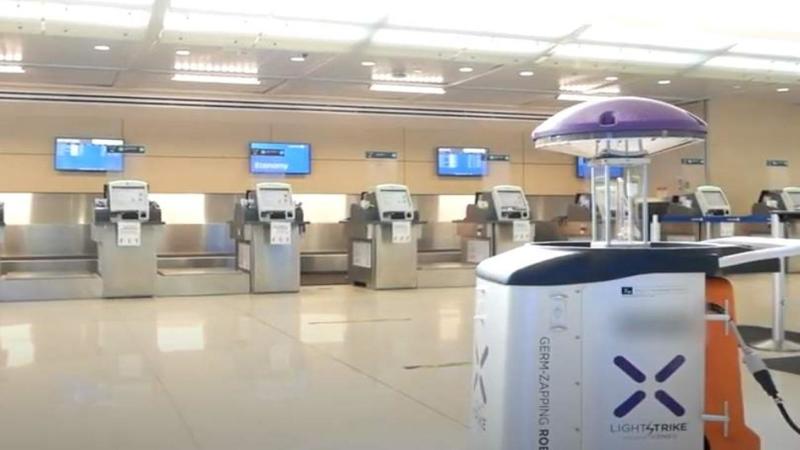 Holidays during the pandemic were always going to be interesting, as fears over a second wave have been met with a flood of lockdowns and restrictions on gatherings.

Yet, many Americans aren’t buying it, or don’t care about a virus that kills less than 1% of those it infects – as over 1 million travelers flew through US domestic airports last Friday, the 2nd highest daily total since the pandemic hit last spring.

Airlines, meanwhile, are jumping through all sorts of hoops to keep regulators and worried passengers happy – mandating that passengers wear masks throughout their flights, while airports employ measures of their own such as thermal imaging to scan for fevers (which has ‘accuracy issues‘ per experts). Airports are also employing touchless kiosks and attempting to enforce social distancing recommendations.

San Antonio International Airport in Texas has gone one step further – deploying a virus-fighting robot that shoots powerful bursts of UV light onto surfaces, according to the Washington Post.

It’s called LightStrike, and other airports are considering whether to invest in the $125,000 device that has been shown to be effective against the coronavirus. Some airports are watching to see whether travel improves over the coming weeks, according to officials at Xenex, the company behind the device.

Xenex says that its robot business has increased 600 percent amid the pandemic. Most of the increase is related to the health-care industry, but the robot also has entered new markets such as hotels, professional sports facilities and police stations. –Washington Post

“When you bring something like SARS-CoV-2 into focus, institutions like hotels, airlines, professional sports teams, they’re looking for what’s best-in-class to kill it,” according to Xenex CEO, Morris Miller.

The 43″ tall UV-producing robots with a seven-foot effective radius were initially developed for hospitals as a method of eliminating viruses and antibiotic-resistant bacteria, and was recently picked up by a local school district in Texas, according to the report.

It’s been known for decades that UV radiation can destroy viruses by chemically altering their genetic material. However, different pathogens are susceptible to UV light at varying wavelengths. Many traditional UV devices use low-intensity mercury bulbs, which means they may take longer to kill organic material such as viruses. By contrast, LightStrike robots have a powerful xenon UV-C light source capable of damaging the DNA and RNA of viruses in a matter of minutes. –Washington Post

In a test conducted by the Texas Biomedical Research Instituted in San Antonio, the LightStrike robot destroyed COVID-19 in two minutes, and has shown to be effective at killing certain superbugs such as C. diff.

Meanwhile, mall santas have also been forced to adapt to Christmas with COVID – with some now appearing for photos from inside ‘acrylic snow globes’ and other barriers.

Old Saint Nick will pose for photos from inside an acrylic snow globe in Richmond. He’ll be barricaded behind a eight-foot picture frame in Lakewood, Colo. And in Gruene, Tex., Cowboy Kringle, who wears red leather chaps and a cowboy hat, will keep socially distant by asking visitors to sit on a saddle positioned six feet away.

This year’s holiday photos will have a decidedly pandemic feel: No more sitting on Kriss Kringle’s lap or whispering in his ear. Instead, venues are increasingly requiring reservations, masks and temperature checks. Santa is hosting drive-through events, attaching face shields to his hat and trading in his white cloth gloves for disposable ones to protect himself — and others — as coronavirus cases skyrocket to new highs around the country. –Washington Post

“Everything is different this year, but people are finding a way to keep that traditional Santa experience,” said Mitchell Allen, owner of the Hire Santa staffing firm – where ‘virtual bookings have grown tenfold,’ yet only constitute a fraction of the company’s total revenue according to the report.

“It’s unexpected, to be honest.”

At Bass Pro Shops, which also owns Cabela’s, Saint Nick is stuck behind an acrylic shield, while elves serve as “Santa’s sanitization squad,” as some 95,000 families stopped by for photos during Santa’s first week at 176 stores.

With struggling retailers being sent into bankruptcy thanks to a sharp dropoff in foot traffic during the pandemic, mall santas have been a longstanding reason for families to set foot in malls. And with Santa-booking companies reporting a 40% dropoff in appointments, and many Santas dropping out of the workforce over health concerns. 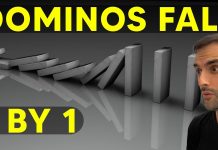