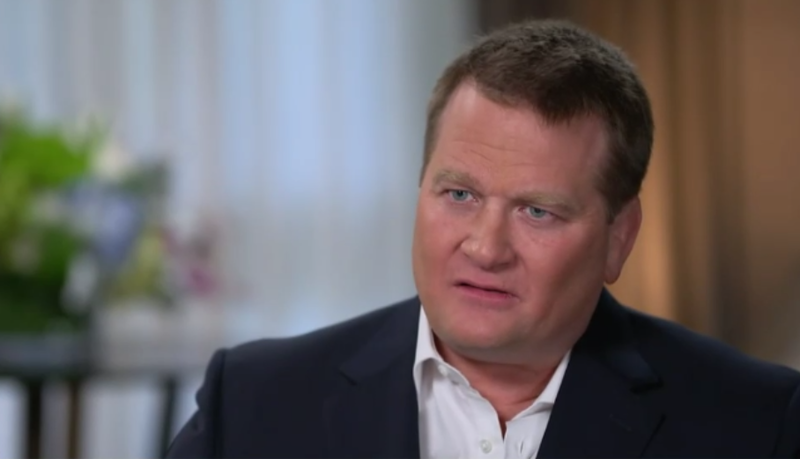 Former Biden insider Tony Bobulinski – a registered Democrat who’s donated to Democrats – just gave a smoking gun interview  to Fox News’ Tucker Carlson on Tuesday, where he described his dealings with the Biden family in their bid to do business with China.

Bobulinski says that “Joe Biden and his family is compromised,” after describing dealings that included purchasing a portion of a Russian state-owned energy company.

In May, 2017, Bobulinski agreed to spearhead a deal between the Bidens and a CCP-linked Chinese company – meeting with Hunter Biden and Rosemont Seneca partner Rob Walker “multiple times,” and meeting with former Vice President Joe Biden twice.

Text messages obtained by @FDRLST show Hunter Biden personally arranging a meeting with his business partners and Joe Biden to discuss a major deal with CEFC, a Chinese energy company. The meeting occurred at the Beverly Hilton in L.A. in early May. Texts are from May 2, 2017. pic.twitter.com/nrSZC9vrtf

Bobulinski described a May 2nd meeting at the Los Angeles Beverly Hilton with Hunter and Jim Biden. A short while later, Joe Biden reportedly showed up to the meeting “because they were sort of, wining and dining me, and presenting the strength of the Biden family to get me more engaged” in their China deal with CEFC “both in the United States and around the world.”

Fox News’ Tucker Carlson: “Joe Biden, and we can tell you this with certainty, had direct, personal involvement with his family’s business dealings in communist China and likely in other countries as well.”pic.twitter.com/zuC4kPLcgC

Tony Bobulinski: I asked James Biden point blank at the Peninsula Hotel about how they were structuring all these deals and getting away with it without putting Joe Biden’s career at risk.