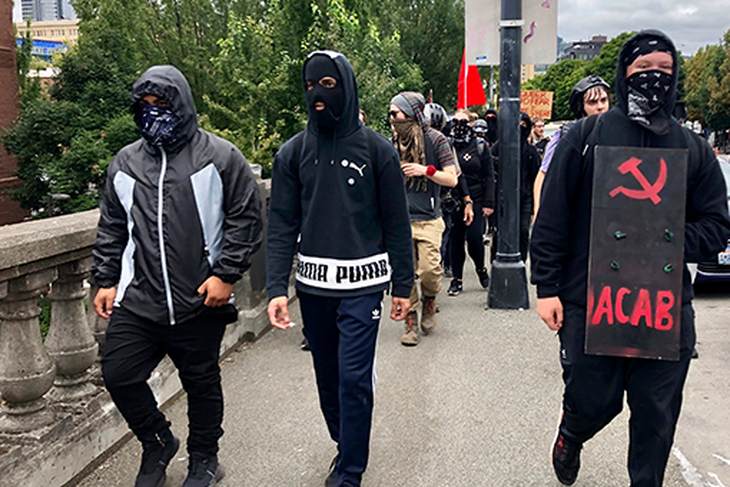 Business owners already on fumes because of radical COVID closures are being targeted by anti-capitalist antifa wokeness reviewers after Yelp began to utilize a new anti-racist social score for businesses. As an added feature, it’s shaping up to look like a woke extortion racket, too.

On Thursday, Yelp announced a new “Business Accused of Racist Behavior Alert” to encourage reviewers to rate businesses on their wokeness.

Now, when a business gains attention for reports of racist conduct, Yelp will place a new Business Accused of Racist Behavior Alert on their Yelp page to inform users, along with a link to a news article where they can learn more.

Today, we’re announcing a new consumer alert to stand against racism. In the last few months, we’ve seen that there is a clear need to warn consumers about businesses associated with egregious, racially-charged actions to help people make more informed spending decisions.

Yelp, which during the summer supported Black Lives Matter by encouraging people to use only black-owned businesses, says they value inclusivity and if a company is deemed racist or insufficiently woke in the eyes of a reviewer, they’re out.

At Yelp, we value diversity, inclusion and belonging, both internally and on our platform, which means we have a zero tolerance policy to racism. We know these values are important to our users and now more than ever, consumers are increasingly conscious of the types of businesses they patronize and support. In fact, we’ve seen that reviews mentioning Black-owned businesses were up more than 617% this summer compared to last summer.

Portland’s antifa woke mob has taken up the task with gusto.

All of a sudden, some of Portland’s most beloved bakeries, steak houses, and beer joints have been smeared by antifa on social media. One antifa-friendly Instagram account contains nothing but Yelp reviews of businesses with which the “workers” had an issue.

One of Portland’s most famous and sought-after ice cream shops was given a bad score because it didn’t give money to Black Lives Matter, Inc™. Minority hires were dismissed as mere tokens.

[store name] is rotten from the inside out. Despite raking in enough money from exorbitantly priced and gentrified ice cream, they did not give money to the Black Lives Matter movement. When pressed about this the owner responded by saying [they’re] functioning as a nonprofit and could not afford to donate (because donations had shrunk). When press about the lack of racial diversity in the shops, they claimed high numbers of lgbtq+ employees showing clearly how anyone who differs from the straight white norm is tokenized.”