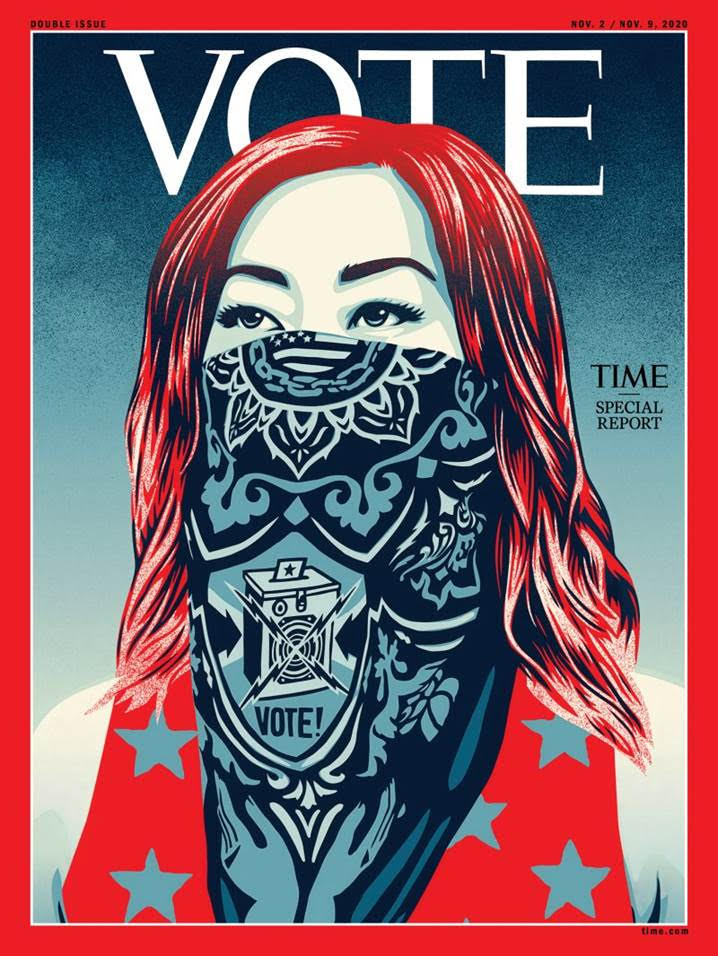 The NWO globalist cabal is sticking it right in our faces, both figuratively and literally.

The following latest TIME Magazine cover is from the Nov. 2 / Nov. 9 issue.

Now look closely at CORONAvirus image that is drawn around the flag and highlighted in the screen capture below.  The CORONAvirus surrounds the American flag and is being used to incarcerate the U.S. citizenry by the British Crown. 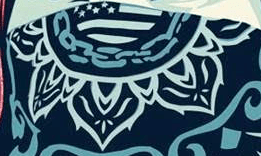 Next, see the linked chain surrounding the American flag isolated in this screenshot.  The American people are being slowly imprisoned by OPERATION COVID-19 via lockdowns and quarantines, curfews and sheltering in place, face masks and social distancing, business shutdowns and curtailment of services.

Toward the bottom of this drawing there are a pair of hands as if praying to a demonic image.  With so many statues of Satan being erected in public spaces throughout America, is satanism the New World Order religion? 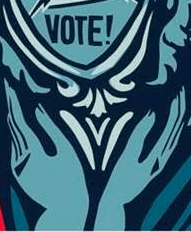 Then there is this seemingly “direct order” being issued through the mainstream media to “VOTE!” blue, not red; vote Democrat, not Republican.  The ballot box is also a radio that is sending out lightning bolts to galvanize the highly disenchanted liberals to vote, who wanted Bernie Sanders but are stuck with a comatose Joe Biden.  The blue star directs the Left who they must vote for in great numbers in order to avert a Trump win. 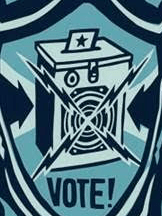 Also, notice the shield surrounding the ballot box below as if this election, and a Biden-Harris victory, is the only shield against the advancement of patriotic Trumpism. 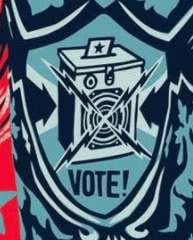 Of course, the person’s eyes are distinctly oriental if not Chinese.  Will the USA be transformed into a communist USSA much like the Chinese Communist Party runs Red China with social credit scores and all?

It’s also significant that they chose to put a face diaper on a woman, not a man.  The globalists know that if they can keep the women sufficiently muzzled, the American Republic will fall.  Instead of the brave and bold Lady Liberty to emulate, the perpetrators of this transparent psyop want American women to be like the female Chinese comrades, many of whom are voiceless automatons who show up at the factory every morning and never make any noise.

The color scheme of Barack Hussein Obama’s fake “Hope and Change” meme shown below is eerily similar to the color scheme of the TIME cover that follows. (SOTN was just informed that “The Time ‘Vote’ issue and ‘Obama’ issue were both illustrated by the same artist — Shepard Fairey — founder of Obey Clothing–stylized as OBEY) 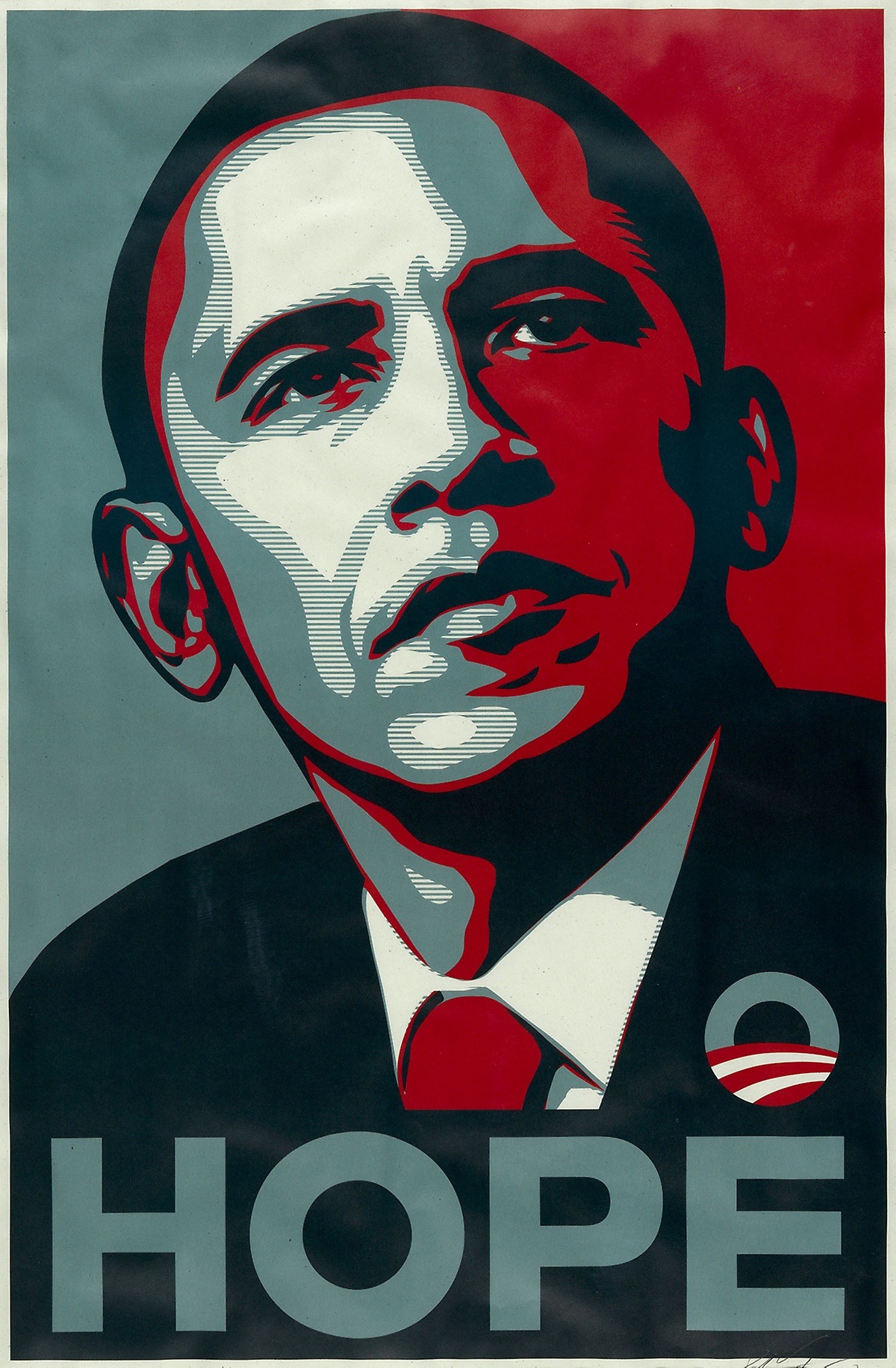 Compare the preceding visual to this one:

Comrade Obama was the communist Manchurian Candidate who was foreshadowed  by the 1959 book and 1962 movie … except that instead of the Soviet Union it was Red China doing the brainwashing of the entire Democrat Party, as Biden & Sons have quite graphically demonstrated throughout this election cycle.