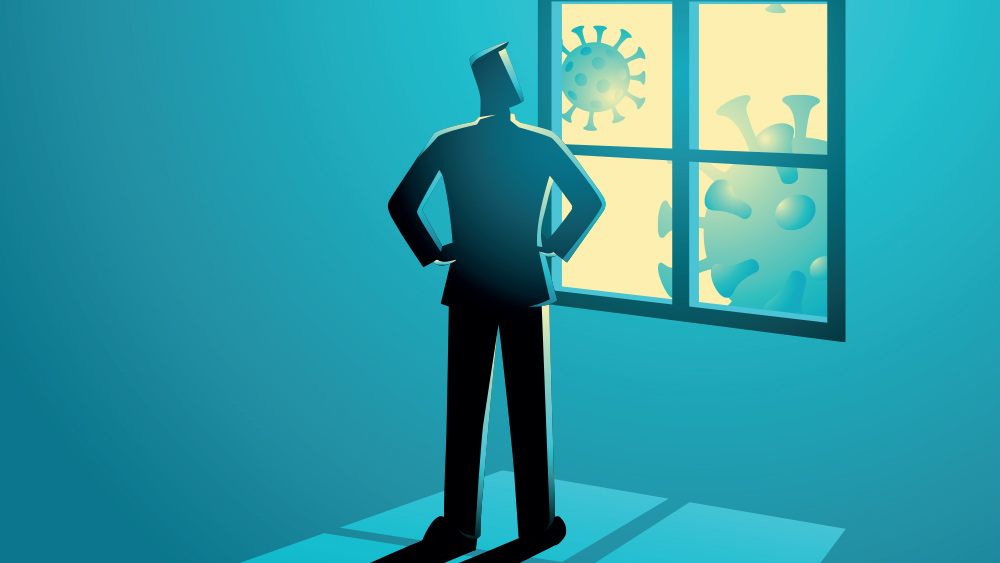 World leaders are preparing for a second and third wave of covid-19 cases and are fine-tuning their lock down strategies which will be implemented late in 2020 and into 2021. Their planning involves the development of a new world economy, one that introduces medical fascism as a permanent way of life.

A Canadian whistle blower came forward with the plans. The whistle-blower is on the Liberal Party of Canada’s Strategic Planning Committee, which operates under the direction of Canada’s Office of the Prime Minister (PMO).

The historic lock downs have engineered mass poverty and will continue to weaken people’s financial and food security, making them more vulnerable and eventually making them more desperate to accept the new world economy and its bodily requirements.

The new world economy includes the introduction of a digital currency, a universal basic income, vaccine requirements for travel, and “The World Debt Reset Program.” A continuous cycle of lock downs into 2021 will eventually lead to an international economic collapse. Governments worldwide will offer citizens an alluring way out by promising to eliminate all personal debts (mortgages, loans, credit cards, etc.)

In the U.S. this idea has already been implemented in 2020 through the Paycheck Protection Program (PPP) – a guaranteed loan program that forgives the debt if the borrower follows specific instructions. Under an impending economic collapse, any and all loans will be forgiven if the citizen agrees to participate in the “World Debt Reset Program, funded by the International Monetary Fund (IMF). In order to get all debts forgiven, citizens will have to forfeit ownership of any and all private property, accept a universal basic income, and enroll in the covid-19 and covid-21 vaccination schedule.

As the rolling lock downs and economic sanctions commence, citizens will be permitted all their previous freedoms  to travel and gather in stadiums and public venues as long as they provide an ID showing they were inoculated with all the mandated covid-19 and covid-21 vaccinations. In Canada, detainment camps are being installed in all provinces and territories to coerce people to comply with the new plans. The Canadian whistle-blower revealed that this vaccine ID will be referred to in Canada as Canada’s HealthPass.

The whistle-blower warns that world leaders in Australia, the US, the UK, Canada and New Zealand will push for a “complete and total secondary lock down much stricter than the first and second rolling phase restrictions.” These new lock downs will be pushed in November 2020 through January 2021 by hyping up covid-19 testing and case counts.

The upcoming lock down plans are congruent with the “Great Reset” plan outlined by the World Economic Forum and Event 201, both funded and pushed by the Bill and Melinda Gates Foundation, which seeks worldwide compliance with vaccine experiments and genetic modification of humans. The Prime Minister’s National covid-19 Advisory Commission (established in lockstep in March 2020) is now advising and pushing the Canadian PMO and the Department of Prime Ministers and Cabinet in Canberra to carry out these totalitarian plans.

The whistle-blower said at least thirty percent of the committee members strongly oppose these plans but their voices are being drowned out. It has been made “very clear that nothing will stop the planned outcomes,” said the whistle-blower.

The Canada’s Office of the Prime Minister has laid out the plan, which includes a secondary lock down by December 2020, that will implement restrictions on a rolling basis, beginning with major metropolitan areas and expanding outward. The media will project that daily covid-19 cases exceed testing capacity and must be curbed using a complete and total secondary lock down much stricter than the first and second rolling phase. The unemployment program will be configured into a universal basic income program by the end of quarter one, 2021.

As the vaccines are rolled out, all viral shedding, mutations, and vaccine injuries will be blamed on a “third wave” which includes a higher mortality rate and higher rate of infection. Anyone who does not agree to the vaccines will be stripped of their right to travel freely and will either be detained in the isolation centers or monitored on home arrest until they agree to comply.

During this time, medical facilities will reach peak capacity, and government will enhance lock down restrictions, implementing a Third Lock Down by quarter two, 2021. Large inventory shortages, supply chain break down and economic instability is expected, as all individuals are put on a universal basic income program to curb hunger, homelessness and civil unrest. By quarter three, governments are expected to deploy military personnel to major metropolitan areas and roadways to create travel checkpoints. These tactics have already been tested out in 2020. Everyone who is dependent on these systems will be forced onto the HealthPass vaccination schedule. Anyone who disagrees will be deemed a “public health threat” or “enemy of the state.”

The whistle-blower said that dissenters will not be tolerated. “Essentially we were told it was our duty to make sure we came up with a plan to ensure that would never happen. We were told it was in the individual’s best interest to participate.”