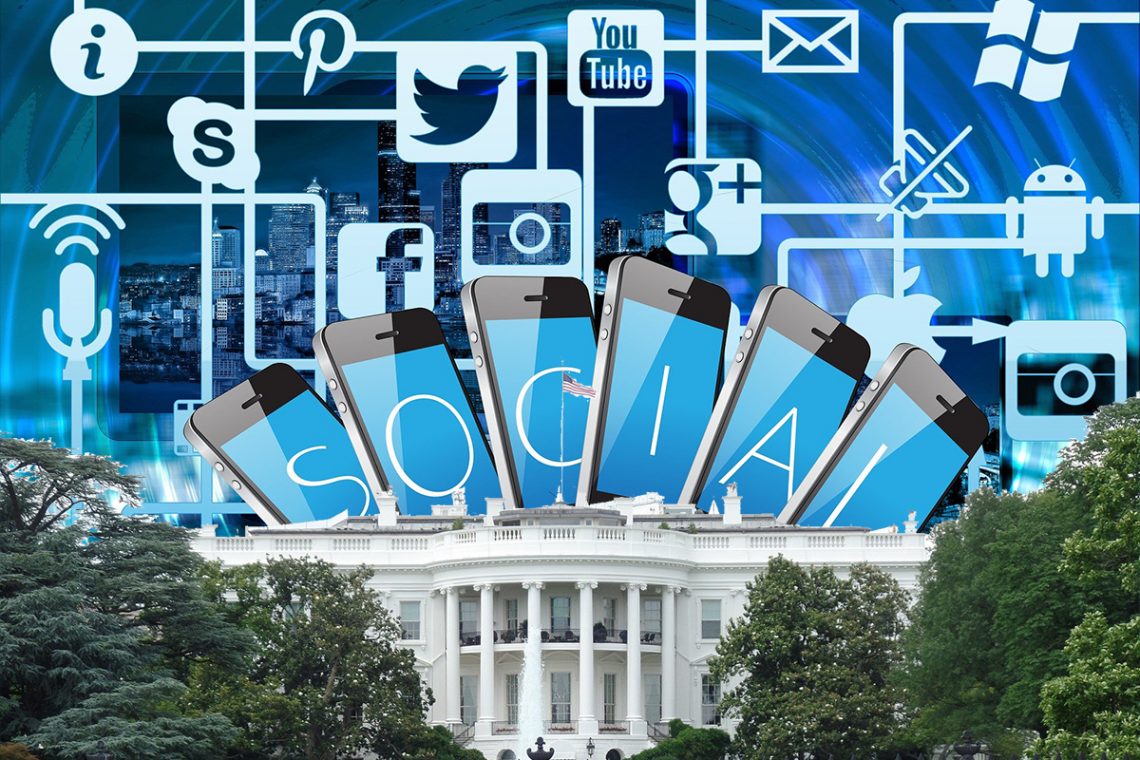 There can be no doubt any more that there exists a four-headed hydra that reaches into every facet of our digital lives — and which has been given our tacit permission to give or take our freedoms of expression as it sees fit. The Google-YouTube-Twitter-FaceBook axiom has risen to unprecedented power across the globe by providing the means to both disseminate and view content. There is an expression — power corrupts — but were these individuated cyber sentinels bad seeds to begin with, or did they gradually become drunk on the largesse of monopolized money?

If the recent purge of Conservative “patriot” platforms, in many cases without notice or justification, is a gauge of the hydra’s character, then we might liken it to a sociopathic dictator.

SGT Report, and 14 of the other casualties, wasted no time in pursuing a federal lawsuit against Google and YouTube. On October 26 the plaintiffs launched an emergency injunction against the platforms to restore the channels they took down “illegally and criminally on October 15”.  A press release from attorneys Armenta & Sol states that “Google and YouTube breached the Terms of Service and violated their First Amendment rights, when they summarily deplatformed the Plaintiffs’ channels and removed their content from YouTube without advance notice”.

The release continues: “The Plaintiffs are the creators of YouTube channels, including JustInformed Talk, SGT Report, X22 Report, SpaceShot 76, TruReporting, RedPill78, Edge of Wonder, Praying Medic, Amazing Polly, Woke Societies, Daniel Lee, Deception Byes, InTheMatrixxx, Destroying the Illusion and Sarah Westall. Together, their news and social commentary channels have reached over 800 million views and together they had more YouTube subscribers than many legacy news channels, such as C-SPAN, The New York Times and NBC News.”The first hearing is at 9AM PST on Monday, November 2, 2020. Anyone is allowed to join the zoom link to listen in on the hearing, but is not allowed to record it. Click here for zoom guidance and setup.

The bans came 19 days before the US election, and the plaintiffs cite a recent study by Pew Research Center that suggests many Americans get their news from independent YouTube channels “along the same metrics as legacy or traditional news sources”.

The expectation is that YouTube and Google will defend the case under Section 230 of the Communications Decency Act, which provides immunity under certain circumstances for their actions. The plaintiffs in this case point out that the Ninth Circuit Court has recently issued an opinion that retreats from the “broad interpretation of the immunity that social media has used for years to defend lawsuits from its contract partners and users”.

If we are to believe the conspiracy theories, then Google was birthed by the military industrial complex — rather than being some flash of inspiration from a wunderkind college student, as the media would have us believe — and, if so, then its roots and connections to that edifice will remain, and transcend any political theatre where it gets spanked in public by a few irate judges and senators.

A report last week by Project Veritas exposed attempts by Google to affect the election through its algorithms and advertising incentives. In a secretly filmed video, Ritesh Lakhkar, technical program manager, says: “It’s skewed by the owners and the drivers of the algorithm… I disagree with the corporations playing God and taking away freedom of speech on both sides.” He goes on to say: “When Trump won the first time, people were crying in the corridors of Google.”

Lakhkar takes a moral stance on other practices at the tech giant. “I can’t keep doing this. Go and teach Chinese people to how do American jobs and come back and get surveilled on the way.”

When a Project Veritas journalist asks Adriano Amaduzzi, of Google ad sales, if “the majority of the Trust and Safety is extremely left, could they, or would they, get involved in our 2020 election?”, he replies: “Yeah… by stopping right-wing parties from advertising … or reducing the exposure of their ads.” When asked about what measures could be employed to assist one political party, he says, “You could offer free advertising credits to Democratic parties to advertise. You can potentially censor out news from your search engine.”

Amaduzzi says that decisions about blocking YouTube videos are handled by the Trust and Safety department, and that hate speech censorship is a “human reviewed” function.

Ashwin Agrawal, Google’s head of global competitive analysis, tells a journalist that “the truth is that these platforms are influencing you in ways you didn’t sign up for… the thing that I feel worst about is that people don’t even know it is happening to them.”

Robert Epstein, the psychologist and journalist, was reported on this site in August last year as saying that Google poses three main threats to humanity: an obscene level of surveillance across more than 200 platforms; the power to determine what content over 2 billion people can or cannot see; its systematic and invisible manipulation of information on a massive scale.

Epstein stated in that article from August 2019: “Bottom line: biased search results can easily produce shifts in the opinions and voting preference of undecided voters by 20 per cent or more — up to 80 per cent in some demographic groups … In the weeks leading up to the 2018 election, bias in Google’s search results may have shifted upwards of 78.2 million votes to the candidates of one political party (spread across hundreds of local and regional races).”

A Google whistleblower, Zachary Vorhies, has released 950 pages of documents that cover censorship of subjects including free energy, cancer cures, alternative medicine and even specific individuals from the conservative political sphere.

As the technological hydra has grown in sentience and influence, so it has conformed to the universal maxim that power corrupts. The old media agenda of constraining human consciousness through a narrow and blinkered lens, or consensus reality, has been pursued with vigor, if not panache, by the tech giants — arguably including Apple, Netflix and Amazon.

So what to do about it?

Justice Clarence Thomas has recently opened the door for the Supreme Court to hear a challenge to Section 230 and decide “whether the text of this increasingly important statute aligns with the current state of immunity enjoyed by internet platforms.”

“Paring back the sweeping immunity courts have read into S230 would not necessarily render defendants liable for online misconduct. It simply would give plaintiffs a chance to raise their claims in the first place. Plaintiffs still must prove the merits of their cases, and some claims will undoubtedly fail. Moreover, States and the Federal Government are free to update their liability laws to make them more appropriate for an Internet-driven society,” he wrote.

The appointment of Amy Coney Barrett as Associate Justice to the Supreme Court may precipitate this long-awaited revamp of Section 230. But cynics have yet to be convinced that even hefty fines or a repeal or reform of Section 230 will change anything, even though the Justice Department is now suing Google under monopoly and anti-trust legislation.

On Wednesday, the Senate Judiciary Committee heard Twitter CEO Jack Dorsey defend a controversial decision to block links to two New York Post articles about presidential candidate Joe Biden that linked his family to the Ukrainian energy company Burisma. Dorsey’s platform had recently advanced the Russian hoax narrative that had targeted President Trump. The hypocrisy didn’t seem to register with the Twitter boss, suggesting that he either didn’t care or that he was in on the crowd-pleasing spectacle organized by senators — if indeed it was a cynical ruse for the public.

An unhackable and unimpeachable quantum internet may eventually create the technological fail-safe to counter the human-derived tech bias and dictatorship dynamics. But in the meantime, Google is expanding its reach and relevance to the government and education system through various contracts and sub-contracts that raise another worrying prospect — that its dominance in artificial intelligence will supersede corrective measures further down the line.

A perusal of USASpending.gov lists Google as the recipient of various government awards and payments. A report from Tech Inquiry, the technology accountability nonprofit, in July this year revealed that the Department of Defense and federal law enforcement agencies, including Immigration and Customs Enforcement, the FBI, the Drug Enforcement Agency and the Federal Bureau of Prisons, had secured thousands of deals with Google, Microsoft, Amazon, Dell, IBM, Hewlett Packard and Facebook that had not been previously reported.

The report uncovers some of the relationships between tech groups and the US government, as well as clues as to why such contracts are often below the radar. Tech Inquiry’s research was overseen by Jack Poulson, a former Google researcher who quit the group in 2018 over plans to deploy a censored version of its search engine in China called Project Dragonfly. Poulson proposes that most of the deals with consumer-facing tech groups involve subcontracts, a relationship in which the government contracts with one company, which in turn contracts with another company to complete obligations it doesn’t have the resources to fulfill.

“Often the high-level contract description between tech companies and the military looks very vanilla and mundane,” Poulson said after the report was published. “But only when you look at the details of the contract, which you can only get through Freedom of Information [Act] requests, do you see the workings of how the customization from a tech company would actually be involved.”