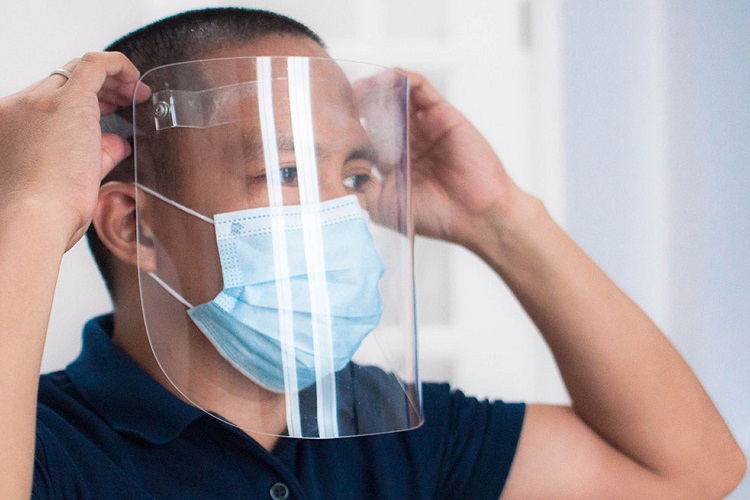 According to rotavirus vaccine developer Dr. Paul Offit,1 people will need to continue wearing masks and social distancing for “the next couple of years” even after a COVID-19 vaccine becomes available.

“People now see vaccines as a magic dust that’s about to be sprinkled over this country and make this all go away. It doesn’t work that way,” Offit told MarketWatch, September 21, 2020.2

Offit, who sits on the Food and Drug Administration’s Vaccines and Related Biological Products Advisory Committee, said he’s wary of a COVID-19 vaccine that may be rushed to market under pressure from the government.

The U.S. Health and Human Services’ Operation Warp Speed has pledged to deliver 300 million doses of a COVID-19 vaccine by 2021,3 if not sooner.4 However, developing a safe and effective vaccine normally takes years and begins with animal studies.

The COVID-19 vaccines are all being rushed straight into human clinical tests, forgoing lengthy animal trials altogether. Vaccine makers are also being shielded against liability if people are harmed by the experimental vaccines.5

Early warning signs that something might be amiss have already started emerging. As detailed in “Gates Tries to Justify Side Effects of Fast-Tracked Vaccine,” results6 from Moderna’s Phase 1 human trial revealed 100% of volunteers in the high-dose group suffered systemic side effects. Side effects included fatigue, chills, headache and myalgia (muscle pain); 21% suffered “one or more severe events.”

A May 26, 2020, article7 in STAT news told the harrowing story of Ian Haydon, a healthy 29-year-old participant in Moderna’s vaccine trial who suffered severe side effects requiring hospitalization.

While Haydon recovered from the side effects, which included a raging fever, fainting, nausea, muscle pain and generally feeling “as sick as he’d ever felt,” just imagine what such side effects might do to an elderly person, an infant, young child or someone who is metabolically compromised or has an underlying condition such as a heart problem. For them, the reactions could be far worse and possibly fatal.

Disturbingly, in July 2020, it was reported8 that Moderna’s 100-mcg dose vaccine — despite its 100% side effect ratio after the second dose — would proceed to Phase 3 trial assessment.

Like the Moderna vaccine, the AstraZeneca/Oxford University vaccine also appears to come with a shockingly high rate of side effects. Results9 from one of its Phase 1/2 studies published August 15, 2020, revealed a clear majority of participants experienced side effects, including fatigue, headache, muscle ache, malaise, chills and feeling feverish.

September 6, 2020, AstraZeneca paused its Phase 3 vaccine trial due to a “suspected serious and unexpected adverse reaction” in a British participant.10,11 The company did not divulge the nature of the adverse reaction.

However, The New York Times reported12 that “a person familiar with the situation, and who spoke on the condition of anonymity” said the individual” had been found to have transverse myelitis, an inflammatory syndrome that affects the spinal cord and is often sparked by viral infections.”

September 12, 2020, the British Medicines Health Regulatory Authority gave AstraZeneca the go-ahead to resume its Phase 3 trial in the U.K., after an independent review found it “safe to do so.”13,14

And here is yet another major surprise that hardly anyone knows. Offit warns there could be problems with Moderna’s and BioNTech’s messenger RNA (mRNA) vaccines because they have extraordinary shipping and handling needs that include using dry ice. “We’ve never done that before in this country,” he told MarketWatch.15 “Never.”

A viral video (above) posted September 23, 2020, features the violent arrest of an Ohio mom at a local football game, ostensibly for not wearing her mask in the stands.16 The video shows a police officer tasing Alecia Kitts at the two-minute mark.

Also clearly on the video is footage showing that the officer who tased Kitts had his own mask off, under his chin, from the time he tased her until he was walking her away in handcuffs. He only put the mask back on when someone in the stands yelled out, asking him where his mask was.

According to The Ohio Star,17 Tiffany Kennedy, a friend of Kitts who shot the video, said Kitts has asthma and had taken the mask off. Kitts’ mask is visible in her right back shorts pocket in the video. Ohio coronavirus rules issued by Governor Mike DeWine require people to wear masks at outdoor events when 6-foot social distancing is not possible.

Not wearing a mask in Ohio is considered a misdemeanor. Penalties for failure to comply can include up to 30 days in jail and a $750 fine. While DeWine said his intent isn’t to arrest people for noncompliance, he failed to veto a bill that would have reduced fines and banned jail time for noncompliance.

The fundamental problem with assaulting18 and arresting people for not complying with mask rules is that there’s no evidence to support the idea that masks prevent the spread of the virus. In fact, the science tells us masks cannot block viruses.

SARS-CoV-2 has a diameter between 0.06 and 0.14 microns.19 Medical N95 masks — which are considered the most effective — can filter particles as small as 0.3 microns.20 Surgical masks, homemade masks, T-shirts and bandanas are even more porous.