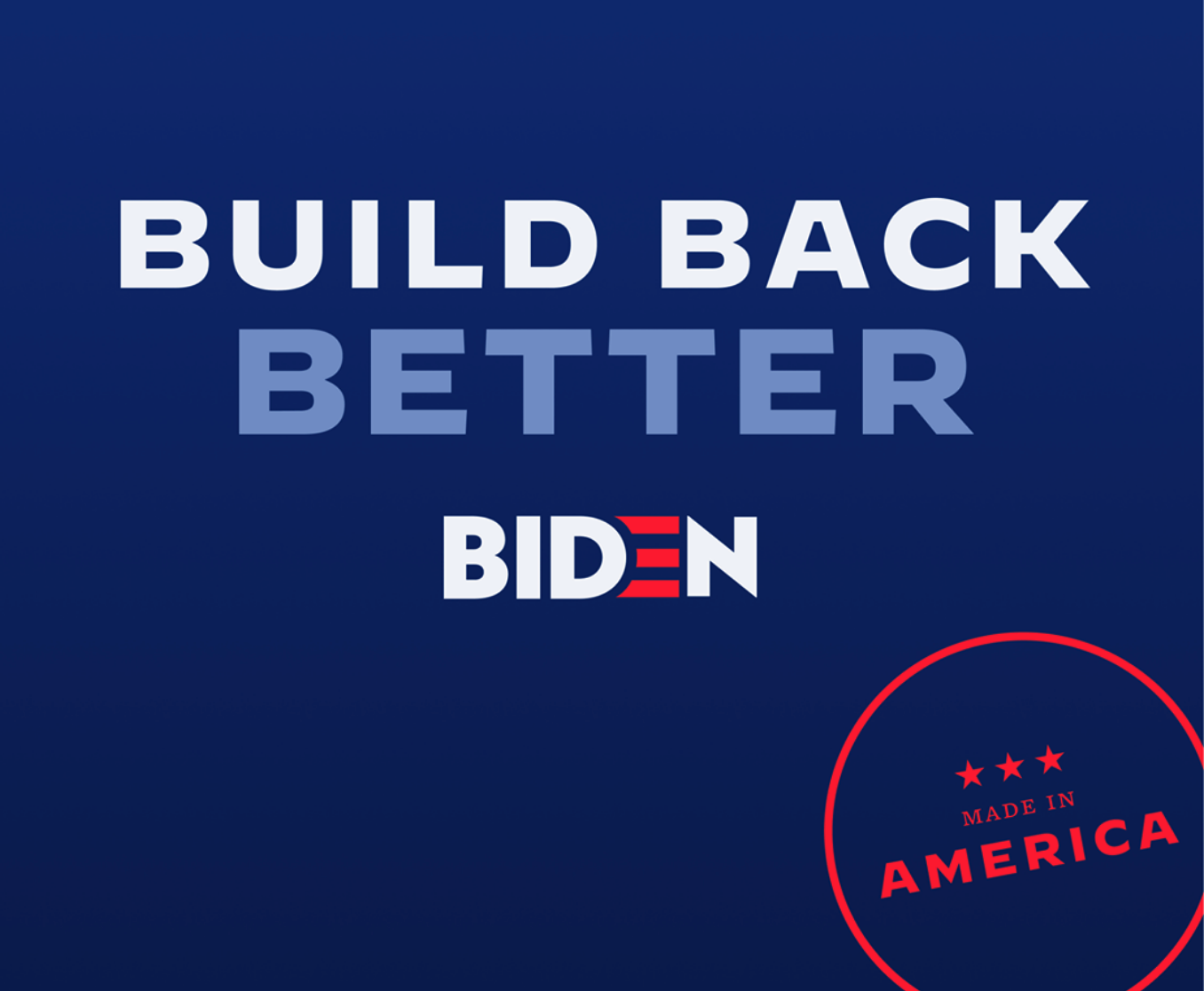 By now you have probably heard about Joe Biden’s new campaign slogan.  Even though he often has a very difficult time saying it, “Build Back Better” is plastered all over his official campaign website.  I think that his campaign team wanted something forwarding looking and that sounded optimistic, but it isn’t exactly original.  In fact, the Trump campaign has pointed out that UK Prime Minister Boris Johnson was using the slogan long before Biden ever did…

If you thought Joe Biden’s clunky, tax-and-spend slogan “Build Back Better” sounds like unoriginal, political consultant-speak, you’re right. In fact, U.K. Prime Minister Boris Johnson is using the same slogan and was doing so before Joe Biden stole it.

You can watch video of both politicians using the “Build Back Better” slogan right here.  Considering the issues that Biden has had with plagiarism in the past, his team probably should have gone with another choice.

Of course the idea of “building back better” did not originate with Boris Johnson either.  Approximately 2,700 years ago, the leaders of Israel decided that they would “build back better” after the Assyrians invaded.  The following is what Isaiah 9:10 says in the Modern English Version…

As Jonathan Cahn has pointed out, some of our top politicians quoted that passage in the aftermath of 9/11 because they thought that it was an inspirational way of saying that America would rebuild too.

But when the leaders of Israel expressed their desire to “build back better”, it was actually an act of defiance.  Instead of humbling themselves and turning from their evil ways, they decided that they could make their society great again without God’s help.

When my wife heard Biden’s new slogan, she immediately recognized the parallel.  In the United States today, both political parties are boldly proclaiming that they will restore America to greatness, but meanwhile just about every form of wickedness that you can possibly imagine is exploding all around us.

Election Day is now less than a month away, and both sides continue to insist that they will be able to turn our nation around if they win.

But an increasing number of Americans are becoming convinced that no turnaround is coming any time soon, and they are preparing for the worst.  In fact, some people are going to wild extremes in order to insulate themselves from what they believe is going to happen.  On Friday, I came across an article that discussed the fact that brokers that sell private islands are “overwhelmed” with demand right now…

Calls and emails come in at all times of day and night. They no longer concern fun or prestige. Instead they focus on fresh water and solar panels. These were not the inquiries they had grown used to.

The island brokers are overwhelmed.

Wouldn’t it be nice to have your own private island?

In the old days, very wealthy people would buy them as vacation destinations, but now they are mainly being viewed as potential survival properties…

“Before, an island was a toy,” said Marcus Gondolo-Gordon, the chief executive of Incognito Property based in England. Now clients describe dreams of a “a bloody long boat ride” to ensure that no one will cruise up and infringe on their isolation, he said. They also want access to fresh water, solar panels and a house that is ready to sleep in, tomorrow.

Here in 2020, there are so many things that people are freaking out about.  Some are concerned about another wave of COVID-19, others fear that our ongoing economic collapse may get a lot worse, and still others are deeply concerned about the tremendous civil unrest that they see all around them.

The tragic death of George Floyd sparked a tsunami of chaos that still has not abated.  In New York City, there was widespread looting during the riots that erupted in the immediate aftermath of Floyd’s death, but what most Americans don’t realize is that the looting has not stopped since that time.  The following comes from the New York Post…

The disturbing pattern began in late May during the riots that rocked the city in the wake of the George Floyd police custody death. High-end Celine was looted of $1.5 million in merchandise then, and the blatant thievery continues “every week” in ritzy stores such as Prada, Moncler, Dior and Balenciaga, one plugged-in local said.

Many of the retailers that are being hit by the shoplifters are very hesitant to crack down too hard, because if they do they may end up with an even greater problem…

“If they [store personnel] stop them and say anything in the store before they’ve left the building then it often gets turned into a racial accusation,” the source said.

“The brands … tell their employees to walk away,” the insider added. “They don’t want to be the next Instagram video claiming they are a racist brand.”

It is so sad to watch our nation being torn apart like this, and it isn’t going to end no matter what happens in November.

If we truly want to rebuild America, we can’t do it in our own strength.  Any plan that excludes God is not going to work, but of course that is not a very popular message in our day and time.