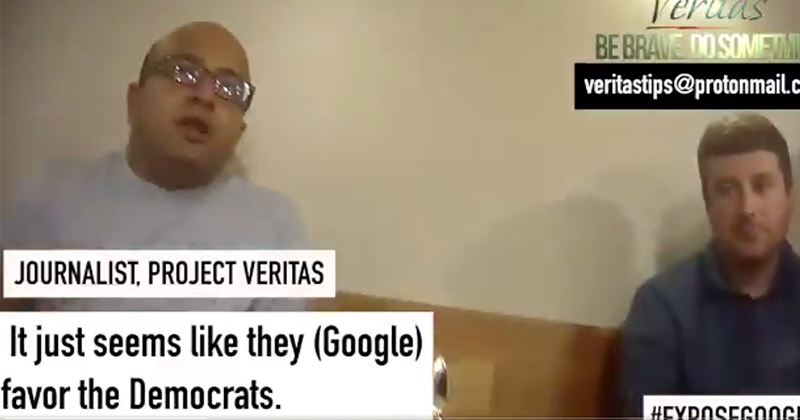 Accuses big tech of “playing god” with US politics

A person who claims to be a program manager at Google Cloud has told investigative journalists with Project Veritas that the search engine is intentionally manipulating results in order to benefit the Democrats and to hinder President Trump’s campaign.

Ritesh Lakhkar, who identified himself as a technical program manager at Google’s Cloud service, made the comments in footage released Monday. The interview appears to have been filmed without Lakhkar’s knowledge.

The project manager accused Google of “playing god” with US politics, and of ‘skewing’ it’s algorithms to project negative news and talking points where Trump is concerned.

Google search “skewed by owners and drivers of the algorithm”

When asked if Google favours one party over another, Lakhkar commented that “The wind is blowing toward Democrats, because GOP equals Trump and Trump equals GOP. Everybody hates it, even though GOP may have good traits, no one wants to acknowledge them right now.”

“It’s skewed by the owners or the drivers of the algorithm,” Lakhkar explains, adding “Like, if I say ‘Hey Google, here’s another two billion dollars, feed this data set of whenever Joe Biden is searched, you’ll get these results.’”