“I’m the proud mom of two girls, 8 and 10,” Mieke Haeck from State College, Pennsylvania, said during the event in Philadelphia. “My youngest daughter is transgender.”

She then asked Biden how he would “ensure that the lives and rights of LGBTQ people are protected.”

“The idea that an 8-year-old child or a 10-year-old child decides, you know, ‘I decided I want to be transgender. That’s what I think I’d like to be. It would make my life a lot easier,’” the former vice president said.

“There should be zero discrimination. … So I promise you there is no reason to suggest that there should be any right denied your daughter or daughters, whichever one or two –”

“One, your daughter — that your other daughter has a right to be and do. None, zero.” 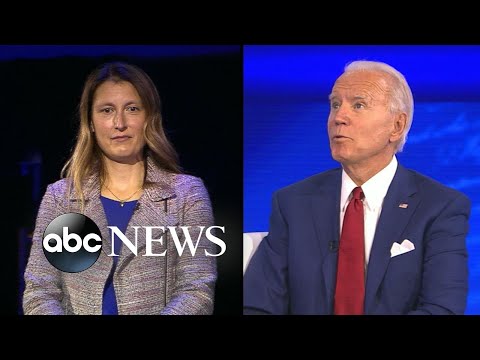 Over the past several years, the left has increasingly supported the notion of childhood transitioning — allowing teen, adolescent and even pre-adolescent children to decide what gender they are and whether they wish to undergo life-altering gender reassignment therapies and/or procedures.

Before Biden and his fellow progressives continue their trans-children crusade, however, there are some important voices they should listen to

This is Walt Heyer.
After surgery, Walt lived 8 years as a woman—before he realized he was a victim of child abuse.

Walt de-transitioned & now dedicates the rest of his life to exposing the SICK & DANGEROUS Leftist trend of “picking genders”.

Walter Heyer, an outspoken advocate against the transgender movement, at one time identified as female.

“My grandmother dressed me as a girl when I was 4, 5, and 6 years old,” Heyer wrote last year.

“I was far too young to comprehend the long-term consequences of being encouraged to cross-dress at such a young age, much less fight back.

“In my child’s mind, it felt good to be the center of her attention. Now I call what grandma did to me ‘child abuse’ because her grooming of me as a female negatively affected my entire life.