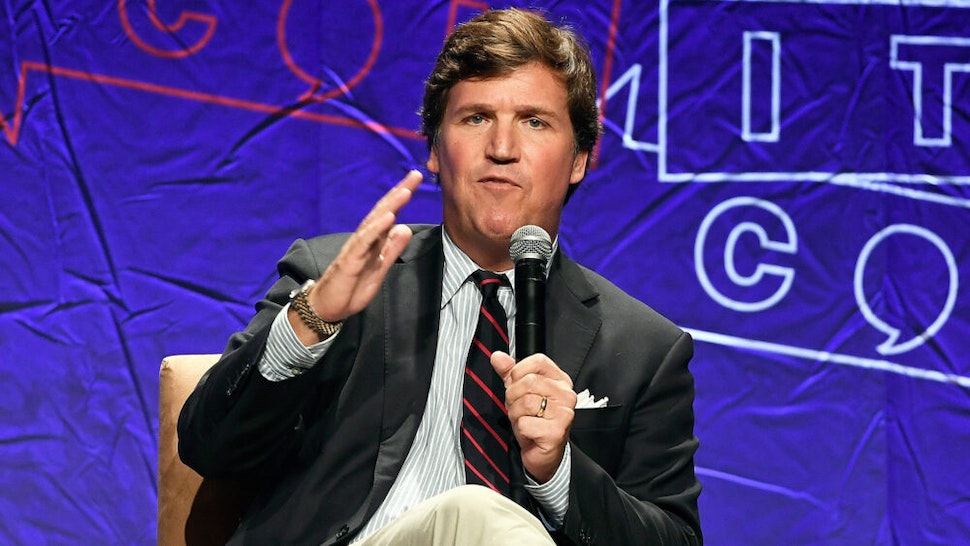 UPDATE: UPS told The Daily Beast Thursday that they have located the missing documents sent to Tucker Carlson after an “extensive search.”

“After an extensive search, we have found the contents of the package and are arranging for its return,” the UPS spokesman told the news outlet. “UPS will always focus first on our customers, and will never stop working to solve issues and make things right.”

UPS confirmed Thursday that the contents of a package sent to Fox News host Tucker Carlson have gone missing.

Fox News host Tucker Carlson suggested Wednesday that he’d been the victim of a nefarious plot, alleging that a package of “damning” materials on the Biden family went missing while being shipped to him. Now UPS tells The Daily Beast that it was, indeed, the parcel company responsible for handling Carlson’s package and that the package was “reported with missing contents as it moved within” their network. “UPS is conducting an urgent investigation into this matter and regrets that the package was damaged,” a UPS spokesman said in an email to The Daily Beast.

“There’s always a lot going on that we don’t have time to get to on the air, but there is something specific going on behind the scenes that we did feel we should tell you about,” Carlson explained Wednesday, according to The Daily Wire. “So, on Monday of this week, we received, from a source, a collection of confidential documents related to the Biden family. We believe those documents are authentic, they’re real, and they’re damning.”

“At the time we received them, my executive producer Justin Wells and I were in Los Angeles preparing to interview Tony Bobulinski about the Biden’s business dealings in China, Ukraine, and other countries,” the host said. “So, we texted a producer in New York and we asked him to send those documents to us in L.A., and he did that. So, Monday afternoon of this week, he shipped those documents overnight to California with a large national carrier, a brand name company that we’ve used, you’ve used, countless times with never a single problem.”

However, the documents never arrived in Los Angeles, according to Carlson. “Tuesday morning, we received word from the shipping company that our package had been opened and the contents were missing. The documents had disappeared,” he said.