Interview with Patrick Barron – Part I of II

We’re less than two weeks away from the US election, and yet this sense of utter confusion, bitter political conflict, and economic uncertainty that has been ominously hovering over the nation, as well as the rest of the world, doesn’t seem to have subsided. The country still appears to be in a directionless state, with its economy in serious trouble and its society dangerously fragmented.

There seems to be a wide rift in US politics, which is not just pragmatic or ideological, but perceptual too: The two “camps” and their supporters appear to be living in and arguing about two different versions of reality, and neither corresponds to the actual experiences of most ordinary citizens, taxpayers and savers. This disconcerting dissonance became painfully apparent in the first Presidential debate, at least to those who had the patience to keep watching after the first few minutes. It was especially pronounced when the candidates were asked about their economic policies and recovery plans. Both had all these grand plans, big-spending dreams and voter-pleasing promises, and for those of us who understand even the very basic lessons from our monetary history, one thing was clear as day: If there’s one thing the two sides can agree on, it’s that fiscal prudence, responsibility and long-term thinking, are at the bottom of their priority list.

This has serious implications for investors and savers that go well beyond the theoretical realm of politics and ideology. To put all these risks in their proper context and to help us get a clearer understanding of how investors can prepare for what lies ahead, I asked my friend Patrick Barron for some of his valuable insights. Pat is an Austrian school economist and he has been a private consultant to the banking industry since 1985. He has taught an introductory course in Austrian economics for several years at the University of Iowa and he also taught for over thirty years at the Graduate School of Banking at the University of Wisconsin. He has written dozens of excellent essays disseminated worldwide, including the Mises Institute, Auburn, Alabama, USA.

Claudio Grass (CG): For any student of monetary history, the past decade was a fascinating period. Many of us expected this reckless experiment with QE, negative rates and aggressive expansionism by central bankers to end in tears, but few could have foreseen the response to the Covid crisis. Do you expect this move to “double down” on bad policies to expedite the monetary system’s demise or perhaps to breathe new life into it and simply prolong it?

Patrick Barron (PB): An old grad school professor of mine always reminded us that all analogies distort, yet I will give an analogy just the same. Printing money is analogous to taking some stimulant such as cocaine. Taking cocaine and printing money out of thin air don’t really improve one’s health or the economy, and the user and the economy may improve due to other factors. But over time, one needs to take bigger and bigger doses in order to achieve the same effect. If the drug user continues, at some point the drug will kill him. How much cocaine is too much? No one knows.

Undoubtedly the dosage differs with the individual–the stronger being able to take larger doses over a longer period of time than the weaker. The US is stronger than Zimbabwe, for example. This means that the US can print more money over a longer period of time. But it does not mean that the US can print money forever and in ever increasing quantities and always experience the same artificial high. No one really knows when the dollar will collapse. But, we do know that unless the US stops printing money, the dollar WILL collapse. The response to the Covid crisis has undoubtedly hastened that day.

CG: As though the massive monetary support wasn’t enough of a problem, this time we’re also seeing unprecedented injections from the fiscal side too. Debt levels are through the roof in most major economies and spending is not expected to be rolled back any time soon, but everybody seems to have accepted the core tenet of Modern Monetary Theory, that “deficits don’t matter”.  Has the West officially adopted MMT in practice, even if we’re not calling it that?

PB: Yes. All the central bankers of the world are card carrying Keynesians. A tenet of Keynesianism is that money and capital are the same thing. Saving isn’t necessary, because the state can always print money, which Keynesians claim to be the same thing. The so-called Modern Monetary Theory is nothing more than an attempt to make the old Keynesian aggregate demand theory something new and exciting. It’s not new and it’s dangerous. Of course deficits matter. Unfortunately, the entire West cannot repay its debts with money of the same purchasing power as borrowed. Currently, the worst sufferers of MMT are retirees. Their lifetime of frugality is for naught as the purchasing power of their savings drops and they cannot live on the low interest income that their savings generates.

CG: A lot has been said and written over the last years about the Universal Basic Income. The Swiss already rejected it when it was put to a referendum years ago, but other nations have embraced UBI experiments, including the latest one in Germany that was launched only a couple of months back. Do you see a version of this as a realistic policy scenario amid the Covid crisis? Could we see US-style “Covid checks” become the norm?

PB: It does seem that there is no entitlement that cannot be demanded. A universal basic income may be in our future. But readers should understand that there is no such thing as a free lunch. The UBI comes from somewhere, and I don’t necessarily mean the Fed’s printing press or computer terminal. I mean that real people labor to produce goods and services that are claimed by others who offer nothing in return. Professor Frank Shostak calls that “something for nothing”, and it destroys wealth. The so-called Covid stimulus checks are just another consequence of the government’s ability to print fiat money.

In an economy with sound money, meaning a gold/silver standard, the people know that government must get the money for these boondoggles out of the productive sector’s pockets. Either taxes increase, some other popular program is cut, or the government issues more debt, which will cause interest rates to increase and may even cause a recession. But the people are used to simply demanding both government expansion AND tax cuts! Doing so is like squeezing a balloon. The balloon does not get smaller; it just pops out somewhere else. In the case of fiat money expansion with artificially suppressed interest rates, we can expect higher prices. And this is exactly what we are getting, despite government propaganda that claims otherwise. 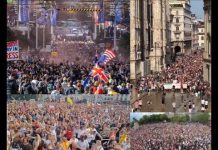