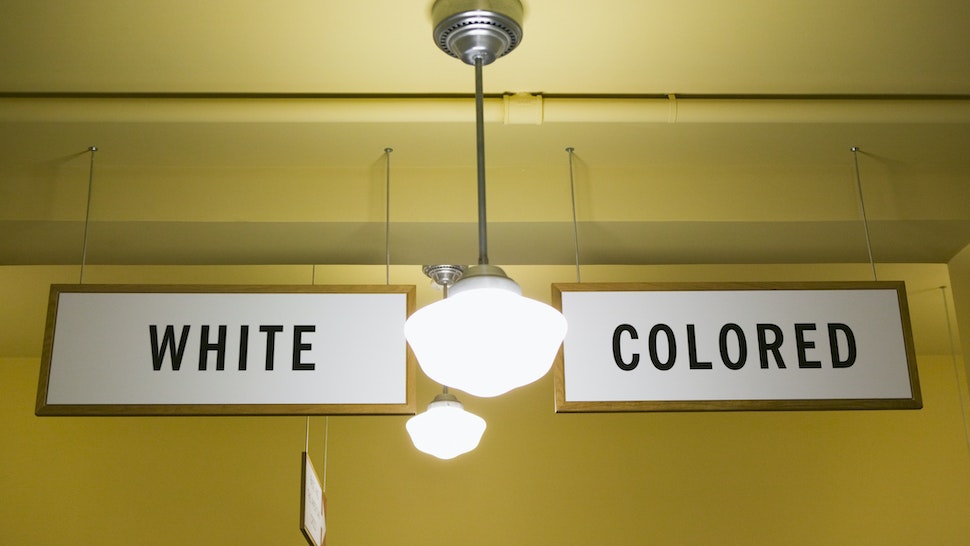 Whites and non-whites training to be Residential Assistants at the University of Kentucky were segregated according to their race and put through different presentations.

The separate trainings were provided to Young America’s Foundation through the organization’s Campus Bias Tip Line, which included emails and documents about the training. White RAs were sent to a “White Accountability Space” where they were given a document that listed 41 “common racist behaviors and attitudes of white people.”

Number one on the list states that white people “believe they have ‘earned’ what they have, rather than acknowledge the extensive white privilege and unearned advantages they receive” and “believe that if people of color just worked harder…” The list also includes claims that white people don’t “notice the daily indignities that people of color experience; deny them and rationalize them away with PLEs (perfectly logical explanations),” “resent taking direction from a person of color,” and tend to ask “people of color to repeat what they have said.”

Brandon Colbert from UK’s Bias Incident Support Services, offered a presentation for the trainings, allegedly talking about “microaggressions and microinvalidations in the workplace and the harm that they cause.”

As YAF’s Kara Zupkus reported, Colbert’s previous tweets have “denounced the American Flag, National Anthem, and Independence Day all as being the stuff that makes [America] racist.”

The person who alerted YAF to the segregation wished to remain anonymous and said that white students were required to have the document on their computers and then discuss with which behaviors they were familiar.

“We talked about how we could best support our minority colleagues and be more mindful of the microaggressions we commit against them every day by being white,” the student told YAF. “They wanted us to acknowledge our ‘extensive white privilege.’”

UK did not defend or explain the training session when responding to YAF.

“Our RAs trained by zoom together and also in break-out sessions around particular topics of interest,” said university spokesman Jay Blaton. “Further, a number of our students – and others in our campus community – have approached our counseling center about resources that can be provided to help on issues related to racial reconciliation.”

“This action by the university to segregate RA training is abhorrent,” Bowman said. “For a campus that prides itself on diversity, this is taking a step in the wrong direction. We should be talking to each other, not separating ourselves based on immutable characteristics.”