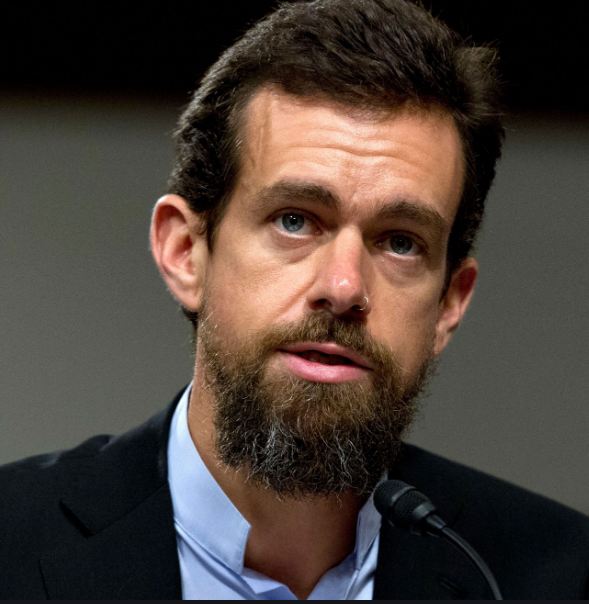 Trump campaign official Mike Hahn said Thursday that Twitter suspended the Trump campaign’s official Twitter account, @TeamTrump, after it posted anti-Biden content which called him a liar. They do nothing about Democrats and this is now crossing the line where they are as guilty of interfering with an election and they all accused Putin and Russia. The only difference was that the Russians could never shut down people’s accounts to prevent them from campaigning.

This is absolutely outrageous. What either candidate saw is typically believe by their supporters. It is called preaching to the choir. Such things rarely change the mind of free-thinkers. Likewise, if someone wanted to post that all blacks, Jews, or Baptists should be killed, the normal person would see this person as a crazy. The authorities would then know to at least watch him. But blocking such posts that will never influence the majority is just absurd. 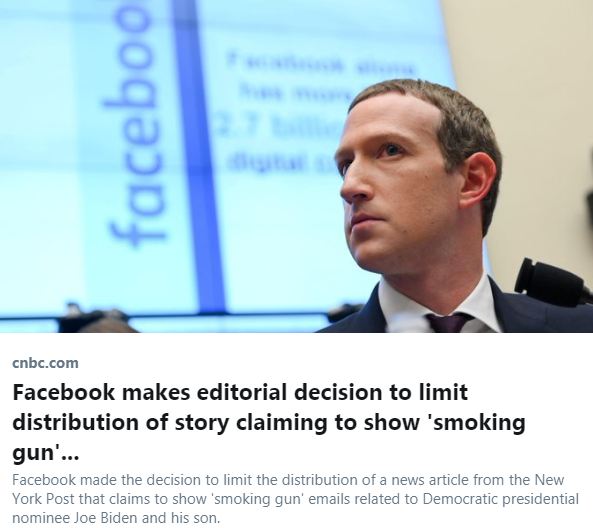 Zuckerberg has crossed the line and is becoming the American version of Putin. He is a disgrace to everything that a free society stands for and the socialists he is working with for Climate Change will then turn and devour his empire. The answer is very clear. To be a social media, they CANNOT be allowed to censor content. They claim they are making editorial decisions, but those decisions are interfering with the election which is a violation of EVERYONE’s civil rights which is actionable in court that their immunity cannot override. If they have donated money to the Democrats and not Republicans, this will only strengthen a case against them for interfering with a federal election. 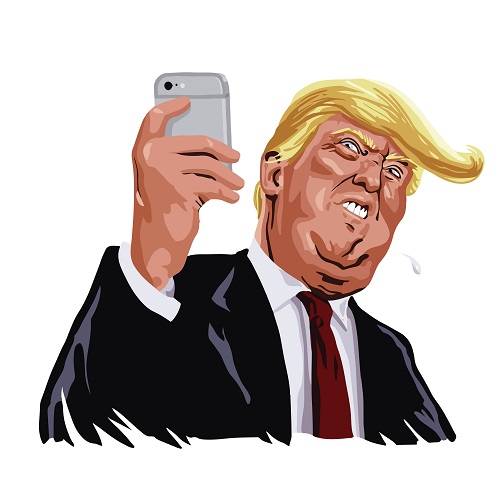 In Trump’s tweet, he called for a repeal of Section 230 of the Communications Decency Act, a rule that protects tech companies from liability over the content posted by users on their online services while allowing them to moderate it. Either END moderating or they are libel for this type of deliberate interference in an election.

It is a criminal act to do what they are doing if the person is in any way connected with the government: 18 U.S. Code § 595. Interference by administrative employees of Federal, State, or Territorial Governments. It states that if they are “interfering with, or affecting, the nomination or the election of any candidate for the office of President, Vice President, Presidential elector, Member of the Senate, Member of the House of Representatives, Delegate from the District of Columbia, or Resident Commissioner, shall be fined under this title or imprisoned not more than one year, or both.”

This statute should be expanded to all journalists and social media. This 2020 election has revealed outrageous behavior that was identical, but far worse, behind the allegations that Russia interfered in the 2016 elections. All of these social media guys would get a taste of tax-free living where your meals are prepared for you but you do have to clean your own bunk. The mean may be marked “not fit for human consumption” but that is because it is the excess sent for testing they don’t bother to test and send it to the Bureau of Prisons for free.

There is a statute that a class-action suit could be brought under Conspiracy Against Rights: 18 U.S.C. § 241 which makes it unlawful for two or more persons to “conspire to injure, oppress, threaten, or intimidate any person in any State, Territory, Commonwealth, Possession, or District in the free exercise or enjoyment of any right or privilege secured to him by the Constitution or laws of the United States.” Violations are punishable by imprisonment for up to ten years or, if death results, by imprisonment for any term of years or for life, or by a sentence of death.

Therefore, Section 230 cannot overrule a constitutional right. The Supreme Court held “We have rejected the view that the applicability of one constitutional amendment pre-empts the guarantees of another.” US v James Daniel Good, 510 US 43 (1993) see also Soldal v Cook County, 506 US 56 (1992).

Therefore, Section 230 CANNOT repeal the civil rights statute. They need to be brought to court and this power needs to be stripped from them as unconstitutional and let the jury take their billions and redistribute it to all Americans fulfilling their socialist dreams.

Section 241 has been an important statutory tool in election crime prosecutions. It has long been held to apply only to schemes to corrupt elections for federal office. It has been applied to stuffing a ballot box with forged ballots, United States v. Saylor, 322 U.S. 385 (1944); United States v. Mosley, 238 U.S. 383 (1915) as well as  preventing the official count of ballots in primary elections, United States v. Classic, 313 U.S. 299 (1941), which may come in handy in this election. This means private suites can be filed claiming that interfering with the ballots is a civil rights violation to all in the country.

Section 241 reaches conduct affecting the integrity of the federal election process as a whole and does not require fraudulent action with respect to any particular voter. United States v. Nathan, 238 F.2d 401, 407 (7th Cir. 1956).