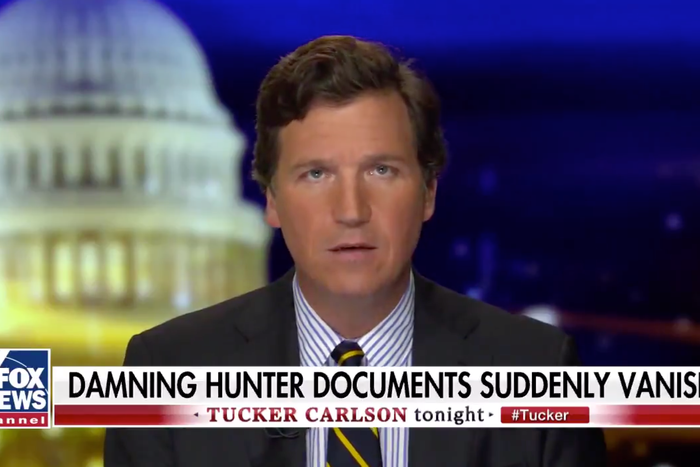 Senior executives at shipping company are “baffled” and “deeply bothered”

Tucker Carlson announced Wednesday that “damning” documents he had obtained related to the Biden family’s business dealings have mysteriously disappeared.

Carlson said his team received notification of the documents from a source while the host was filming his explosive interview with Hunter Biden’s former business partner Tony Bobulinski.

Tucker said that the envelope containing the documents was couriered using a “brand name company”.

“The Biden documents never arrived in Los Angeles. Tuesday morning we received word from our shipping company that our package had been opened and the contents were missing,” Carlson said, noting “The documents had disappeared.”

A follow up search by the courier found that the package had been opened and emptied at some point between the drop off in New York and it being received at a sorting facility in another state.

“The company’s security team interviewed every employee who touched the envelope we sent. They searched the plane and the trucks that carried it. They went through the office in New York where our producers dropped the package off. They combed the entire cavernous sorting facility. They used pictures of what we had sent so that searchers would know what to look for,” Carlson told viewers

“They went far and beyond, but they found nothing,” the host added, noting that executives at the courier have gotten involved and are “baffled” and “deeply bothered” by the development.

“As of tonight, the company has no idea and no working theory even about what happened to this trove of materials, documents that are directly relevant to the presidential campaign just six days from now,” Carlson urged.