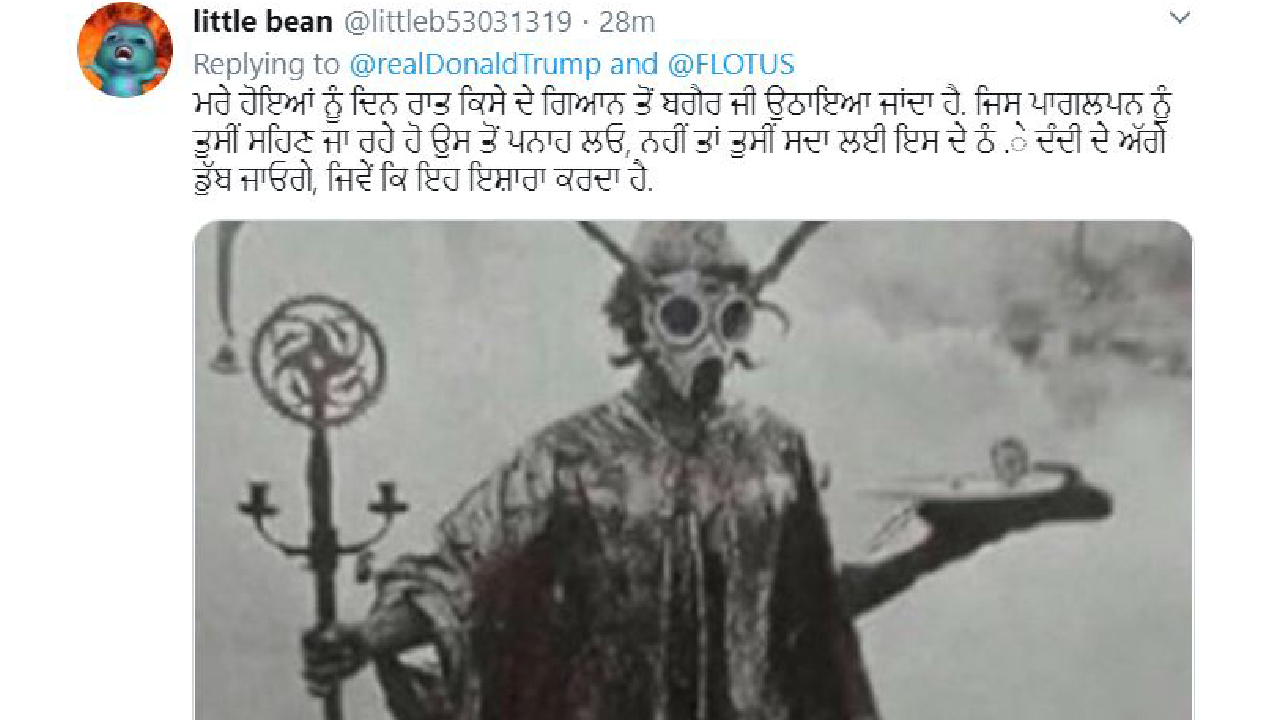 Trump’s tweet about COVID is now the most-liked tweet in history. Browsing through the replies confirms that some people are trying to make this social media “event” a very satanic one.

During the night of October 1st, Donald Trump announced that he and his wife Melania tested positive for COVID. The tweet immediately caused a massive stir and quickly broke the record for the most “liked” tweet of all times.

During the night of October 1st, Donald Trump announced that he and his wife Melania tested positive for COVID. The tweet immediately caused a massive stir and quickly broke the record for the most “liked” tweet of all times.

Tonight, @FLOTUS and I tested positive for COVID-19. We will begin our quarantine and recovery process immediately. We will get through this TOGETHER!

Knowing very well that Twitter is a cesspool of hate and divisiveness, my face was preemptively set to “cringe” when I clicked on the “Replies” button. As expected, there was no shortage of replies celebrating the illness of POTUS and FLOTUS. And many actually wished them death.

Zara Rahim. who worked with Obama, Clinton, and Vogue magazine wished death on Trump. The tweet was deleted after some backlash. 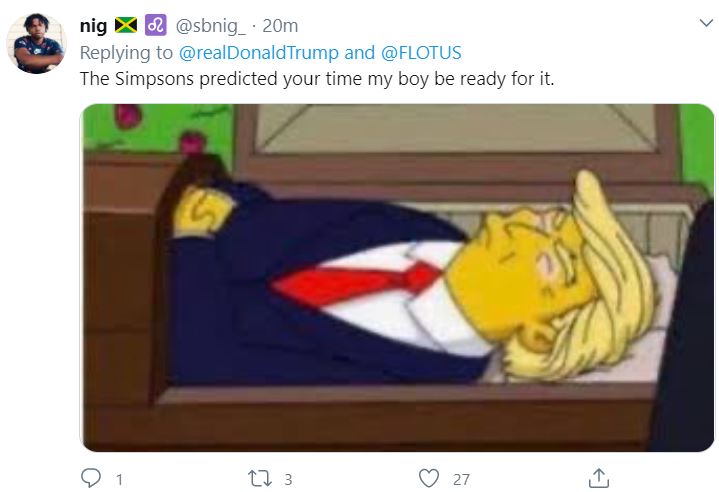 One of the many other tweets hoping for Trump’s death. 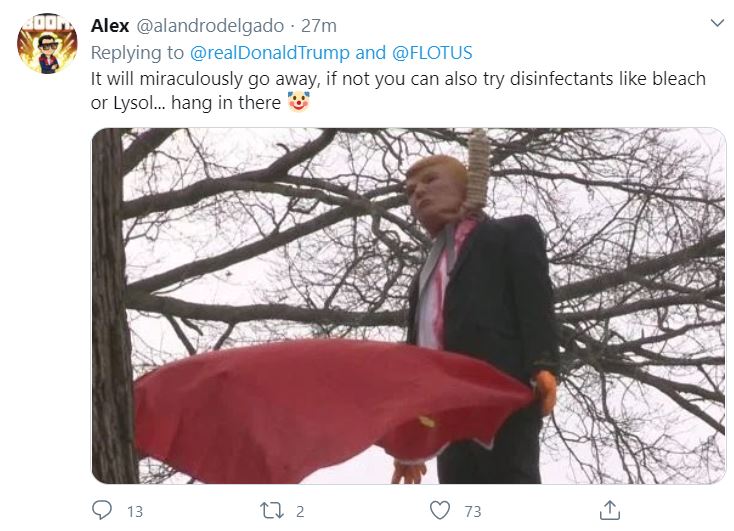 This site is not about politics and its scope goes way beyond the forced Right vs Left dichotomy. It is about Good vs Evil. And, no matter how you frame it, celebrating someone’s sickness and wishing them death is pure evil. That’s what evil witches do. Speaking of witch.

Trump’s historical and record-breaking tweet was quickly flooded with replies consisting of satanic images and “curses” written in Aramaic, Hebrew, Sanskrit, and other languages. While some appear to be posted by trolls or “Tik Tok kids”, many of them originate from automated bots and bizarre accounts with no prior activity.

More than merely “trolling” the sustained nature of this tweet flood appears to be a purposeful effort to “taint” this historical event with a specific satanic “energy”. Here are some examples. 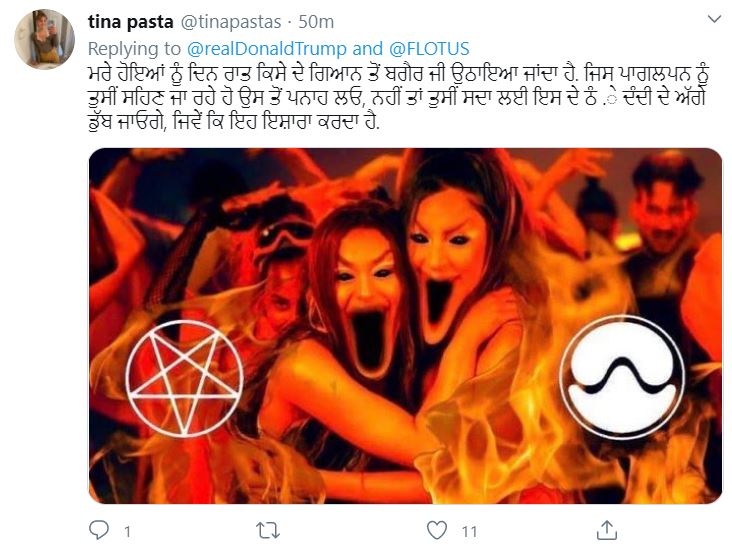 “The dead are resurrected day and night without anyone knowing. Take refuge in the madness you are about to endure, or you will be drowned forever in its cold teeth, as it points out.”

That’s Ariana Grande and Lady Gaga in the pic above, by the way. I think it was photoshopped a bit, I am not sure.

Here are some other tweets. 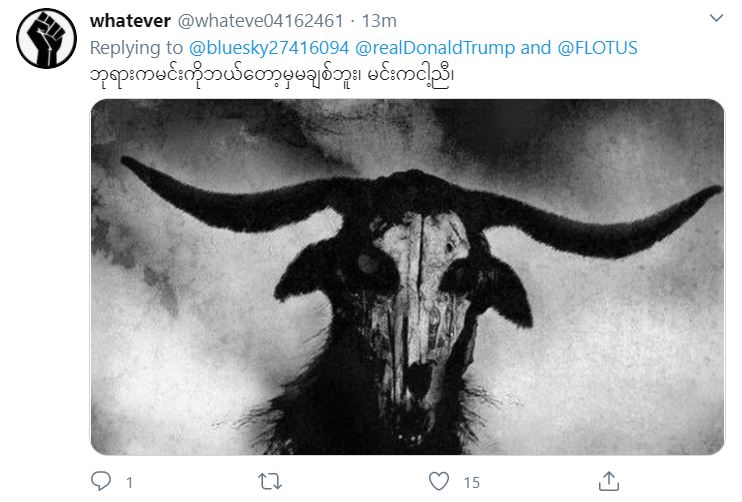 “God never loves you. You are my brother.” 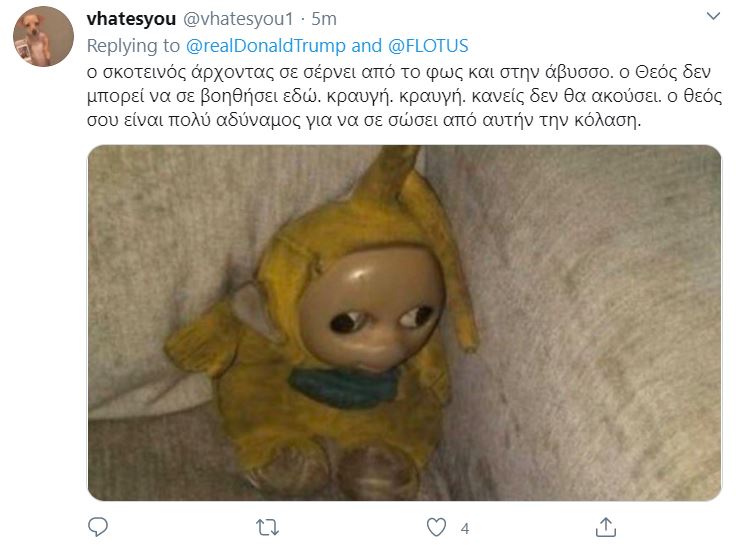 “The dark lord drags you out of the light and into the abyss. God can not help you here. Scream. Scream. No one will listen. Your god is too weak to save you from this hell.”

I will spare you the rest of the “curses”, but lots of them invoke Satan, combined with disturbing images. 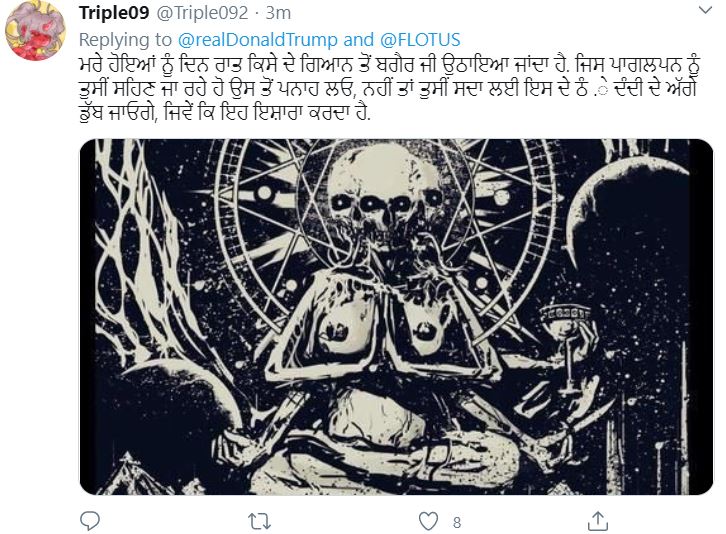 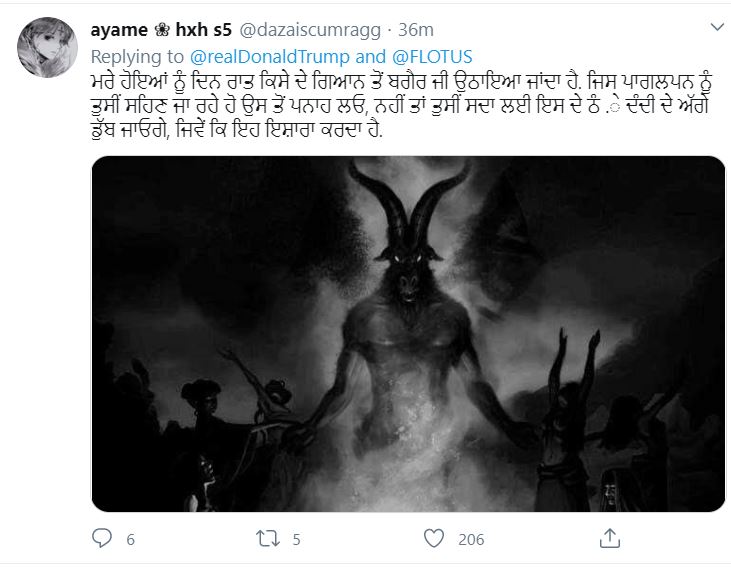 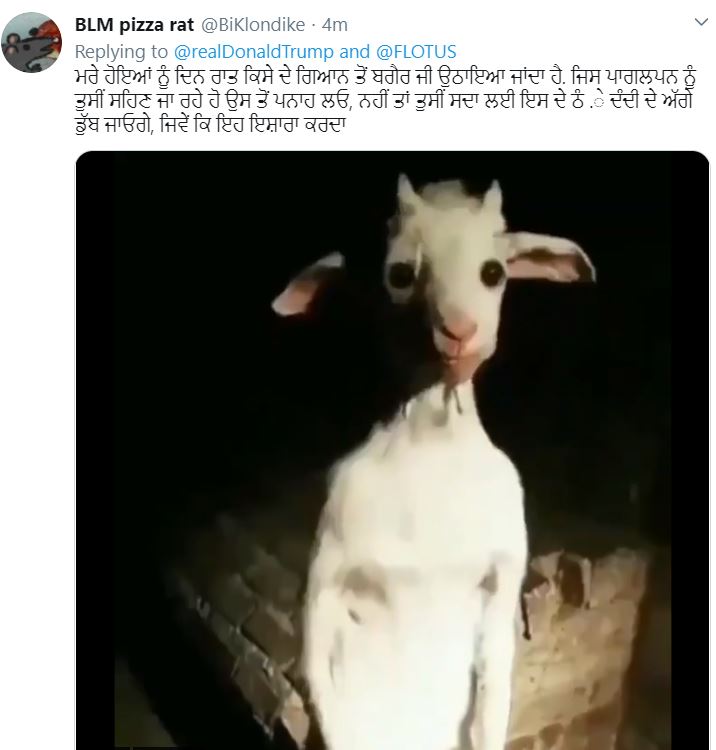 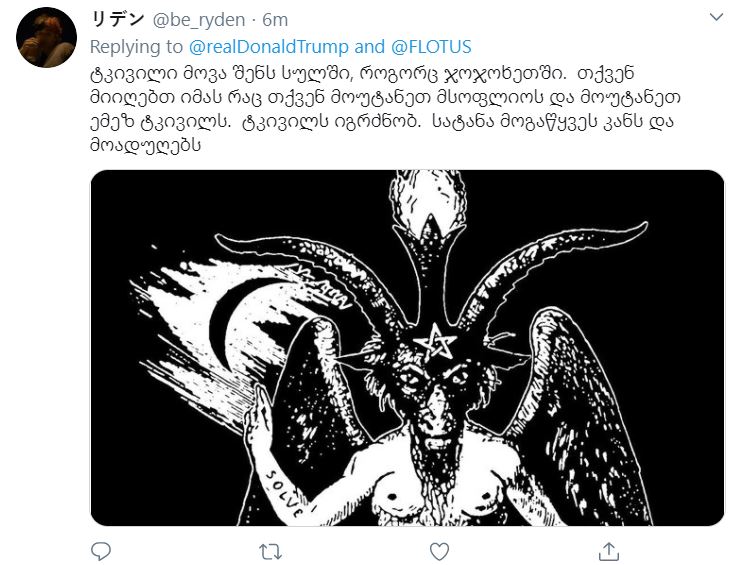 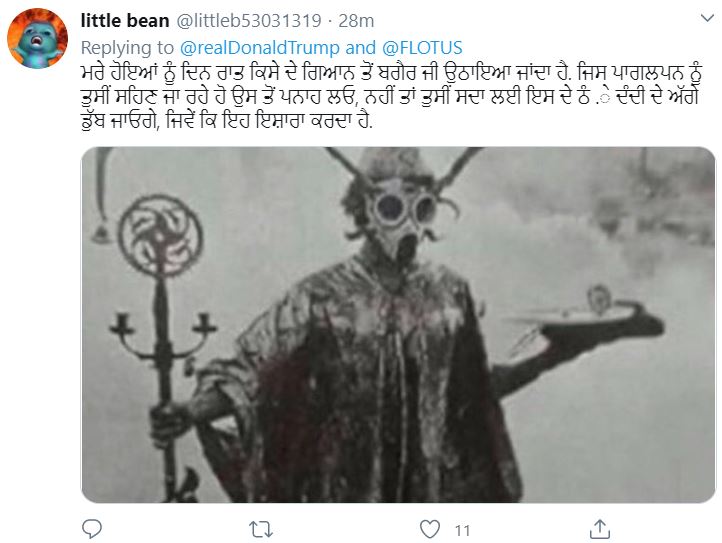 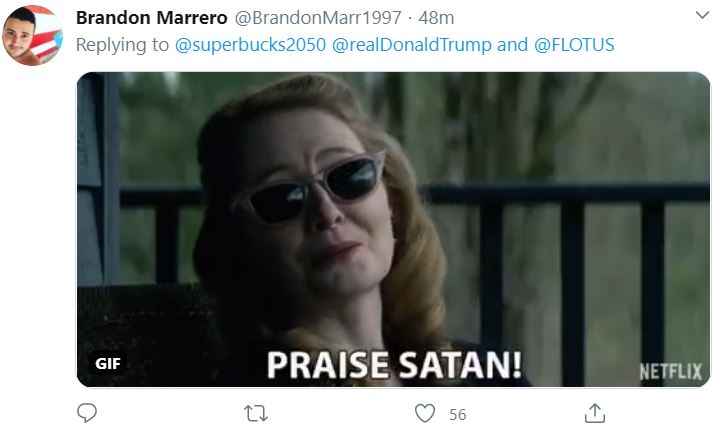