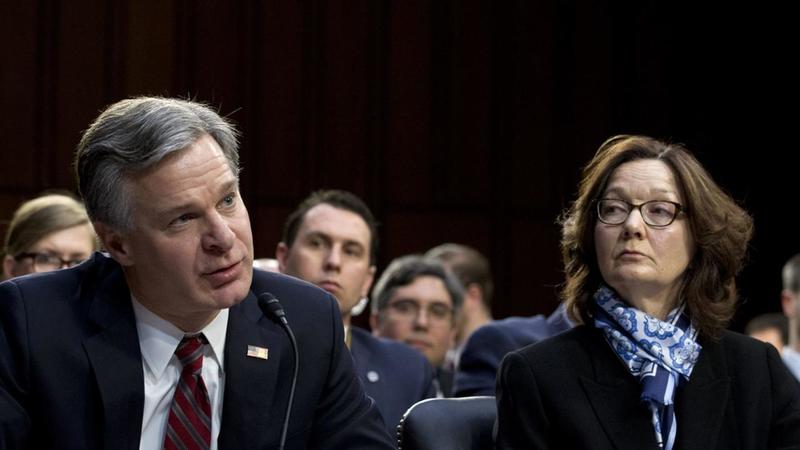 President Trump will ‘immediately’ move to fire FBI Director Christopher Christopher Wray and CIA Director Gina Haspel, along with Defense Secretary Mark Esper, according to Axios – which spoke to “people who’ve discussed these officials’ fates with the president.”

Recall that Haspel served as station chief for the CIA’s London branch, and was – in Senator Rand Paul’s words, “a close acolyte of John Brennan” (who, as CIA chief, couldn’t legally spy on Americans on domestic soil). And what took place in London? For starters, the FBI’s spy operation spy operation on Trump campaign aides conducted by US intelligence operative Stephan Halper. Most notably, the UK-based Cambridge professor (and longtime US intelligence asset whose father-in-law was former director of the CIA, and who allegedly spied on the Carter administration), lured Trump aide George Papadopoulos into an espionage operation aimed at the Trump campaign – predicated on ‘Russian dirt’ rumors allegedly fed to him by a Clinton ally, Joseph Mifsud.

London was also the venue for a summer, 2016 meeting between former FBI agent Peter Strzok and Australian Diplomat Alexander Downer – another Clinton ally who claimed that Papadopoulos drunkenly admitted to knowledge that the Russians had Hillary Clinton’s emails.

More recently, Haspel was accused of personally blocking the release of documents exposing the Russiagate hoax. “This isn’t just a scandal about Democrat projection, this is a scandal about what was a coup planned against the incoming administration at the highest levels and I can report here tonight that these declassifications that have come out,” The Federalist‘s Sean Davis told FOX News host Tucker Carlson last month. “Those weren’t easy to get out and there are far more waiting to get out.”

Downer and Halper, meanwhile, are linked through UK-based Haklyut & Co. an opposition research and intelligence firm – founded by three former British intelligence operatives in 1995 to provide the kind of otherwise inaccessible research for select governments and Fortune 500 corporations.

Downer – a good friend of the Clintons, had been on Haklyut’s advisory board for a decade, while Halper is connected to the research firm through Director of U.S. operations Jonathan Clarke, with whom he has co-authored two books (h/t themarketswork.com). Also interesting via Lifezette – “Downer is not the only Clinton fan in Hakluyt. Federal contribution records show several of the firm’s U.S. representatives made large contributions to two of Hillary Clinton’s 2016 campaign organizations.”

Back the the point – much of the Obama DOJ’s operation against the Trump administration occurred on UK soil when Haspel, a Brennan acolyte, was CIA station chief.