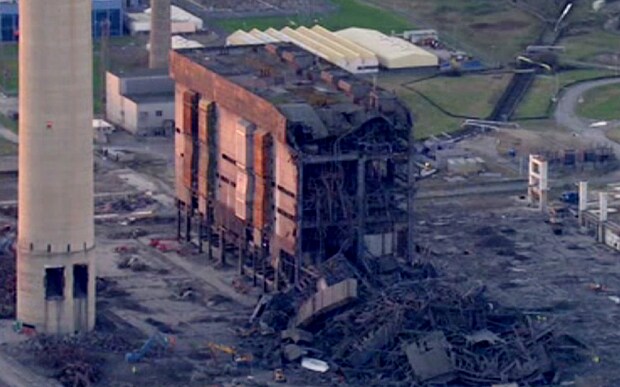 Weeks ago, Rush Limbaugh mentioned that the issues defining the election had not come forward yet.  He was correct.  Not entirely, because all the issues coming out right now have existed.  In plain sight.

They just weren’t distilled yet.

It’s now here, served up on a silver platter.  No, not Hunter Biden.  This Hunter Biden laptop story simply leads us to the issue.  The word.  One word that rules them all, and in the darkness binds them.

There it is.  That’s the issue.  To begin, you have the corrupt family Biden.  They’ve been scamming us and our system well for almost fifty years.  The man is supposedly worth over 250 million dollars.  How is this possible on his salary?  It’s not.  So where did his wealth come from?  Not from being a brilliant businessman.

Enter Hunter’s laptop.  We now know that this is a family steeped in crime and corruption.  Ole Corn Pop appears to be awash in money kicked back to him by his family members who have grifted off his reputation for years.  Hunter’s laptop has betrayed all this and more.  Much like Al Capone’s bookkeeper.  Who would have thought Capone would have been destroyed so completely by a set of crooked books?  Such delicious irony.  And who would have known that this would become the October surprise of all October surprises?

Corruption.  Full grown.  Oozing its way into America.  It’s everywhere on the left.  The Biden family.  Clintons.  The Democratic Party.  The FBI.  The CIA.  The mainstream media.  The tech giants.  It’s a full-out plague, aided and abetted by their demonic philosophy, all of them gone astray.

All of them corrupt.

The New York Post story has been there for about a week now.  The Democrat-media complex has ignored it entirely; the tech giants went into overdrive removing all evidence from their platforms.  Google.  Facebook.  Twitter.  Instagram.  The whole lot of them.  Covering up a story that deserved universal distribution and condemnation.  Instead, they covered up the most damning story to their side, their chosen side.  All of them colluded to bury this mounting evidence of wrongdoing.

How far the mighty have fallen.  And are falling.

What’s the word for a media establishment that won’t report this story?

What’s the word for the FBI having this laptop for almost a year, watching dispassionately as the Democrats impeached Trump with hard evidence in their hands of his innocence and the Bidens’ guilt?

What’s the word for the above group of bad actors colluding to forward the Russia lies for almost three years?

What’s the word for CIA director not releasing documents of the Russia hoax, documents that have been available for a long time?

What’s the all-encompassing word that has been revealed at the heart of all these colluding to hide the truth from an America that deserves to know?

This is an issue that won’t go away.  All the attempts to deep-six the truth here are failing, and miserably at that.  It’s causing a slow-walk of information to drip out to the American public.  First the stories of Ukraine.  Drip-drip-drip.  Then the stories of drugs.  Then the sex problems.  Then the Chinese stories.  The story of kickbacks to Pop.

It’s as if all the smartest people in the world colluded to destroy themselves.  By purposefully and unanimously excluding all information concerning this story from the American public.  The smartest people in the world actually believe they can be successful in spiking one of the biggest stories to pop up in any American election cycle.  Their hubris is so advanced, so viral, so awful, that they can’t see what they’ve done to themselves.  They really believe they are going to keep a cork on this.

The derogatory phrase for the establishment has been “the swamp.”  How bad is this, how deep is this, how criminal is this, how horrifying is it to find out the vast amount of corruption and collusion in so many of our institutions and corporations?

These are the most powerful among us.  All rich.  All corrupt.  All once respected by Americans of all stripes.  And here, in one fell swoop, they reveal themselves to the average American.  As arrogant bullies, as deceitful liars, as evil as anything we’ve seen in our generation.  They have revealed themselves as the cabal of darkness.  Terrible motives, terrible actions, virtually unforgiveable in what they have done, and yet failed to finish.  And due to the hubris of the cabal, the exposé will be slow-walked until the election.

Today, Trump had an exchange with reporters, where he said, “Biden was a criminal.”