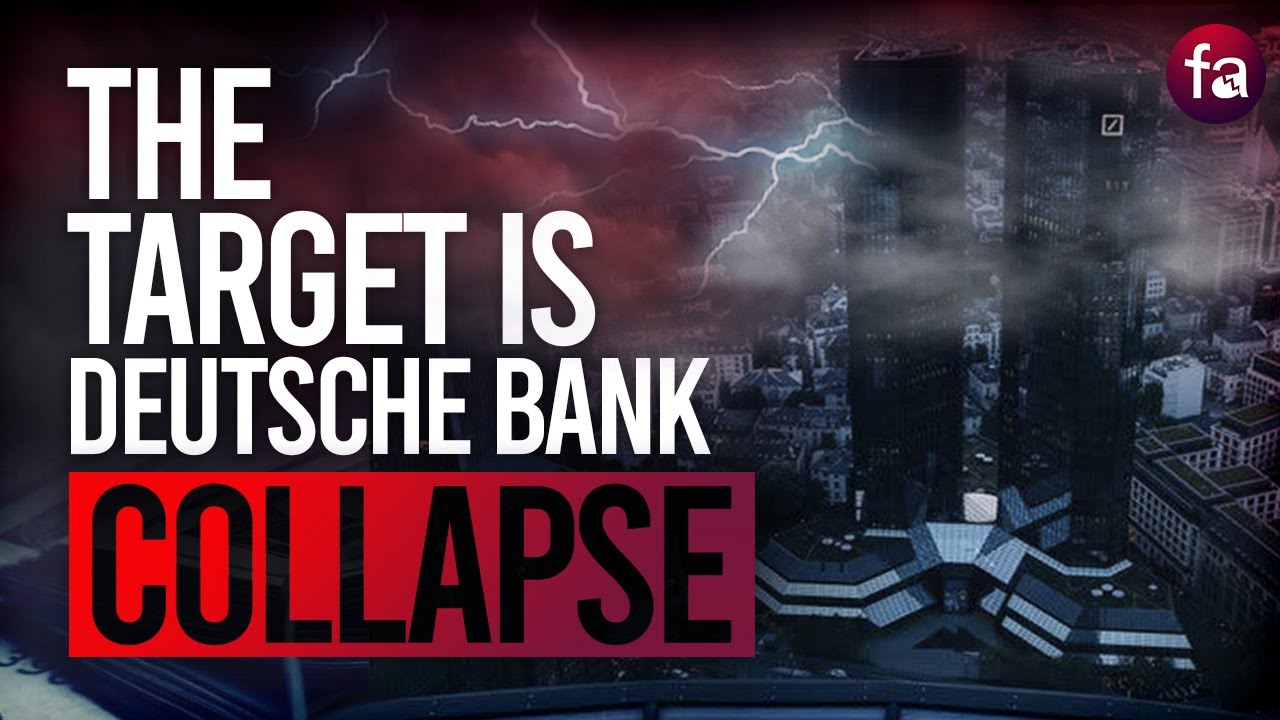 Deutsche Bank is far more than just another bank. Its collapse will have a domino effect, taking everything else down with it…

Deutsche Bank is the target, as I understand from leaked documents and news reports in recent weeks. My subscribers already know that I have been following Deutsche Bank developments in particular, and since the summer months I have focused more on the issue of a probable Deutsche Bank collapse.

Those of you who already know that we’re near the end of the current financial system are prepared enough. But if you’re not, this situation will be catastrophic. Whether you know it or not, Deutsche Bank is far more than just another bank. Its collapse will have a domino effect, taking everything else down with it.

In recent years, many documents related to financial transactions have been leaked, leading to significant scandals, including LuxLeaks in 2014, Swiss Leaks in 2015, the Panama Papers in 2016, and Paradise Papers in 2017.

The documents known as the FinCEN files, which were leaked to BuzzFeed over the past few weeks, are very different.

Remember what I said in my previous Financial Argument videos? Now things will really get ugly as everyone puts all their cards on the table.

We have to rewind the story a little to understand exactly where things started to get nasty.

When I examined Deutsche Bank’s strange statements and the news between the terrible incident in July and the leaked documents last week, it’s clear that the first domino is falling…

You ask why? Please watch the video. Everything I’m going to tell you fits together like pieces of a puzzle.

I personally do not worry about this situation, as I consider myself prepared. On the contrary, I intend to celebrate by popping a bottle of champagne on the day they admit that Deutsche Bank has officially collapsed.

The only thing I’m worried about is the unprepared people that banks and governments clearly don’t care about who will suffer financially from this situation. That’s why I made this video.

There may be missing parts in my analysis. If you want to add something that I missed, be sure to state it in the comment section.
Thanks for your support of the Financial Argument Channel!