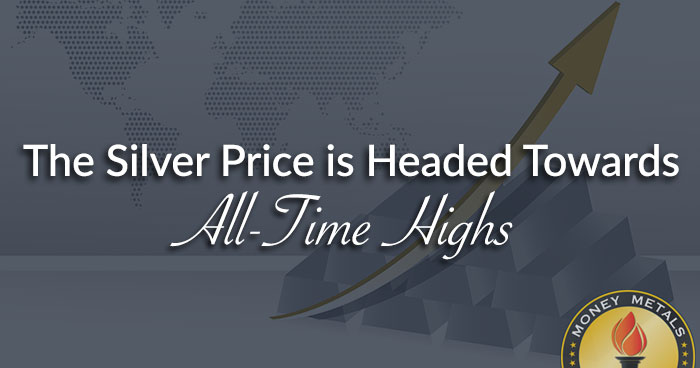 “For 5,000 years, gold and silver have been real money; honest money that people have flocked to in times of need,” Smith said. “This is now a global phenomenon.”

“In 1980, the U.S. bull run saw gold prices reach $850/oz and silver prices leap to $50/oz. But that was a relatively limited affair when you compare it to the global phenomenon that we bear witness to today,” he said.

Today, in all parts of the world, people are trading their local currencies for precious metals to hedge against growing market uncertainty.

Indeed, the rush to gold has spilled over from the U.S. market and can now be seen in parts of Asia and Europe. Turkey, for example, purchased several billion dollars’ worths of gold as their currency began to collapse against other global currencies. There were even reports of the Turkish population having to trade in their prized possessions for gold.

“This shows that the public is just starting to get involved,” he said. “The bull trend is very much intact.”

It doesn’t much matter even if gold and silver first decline below $1,800 and $22 respectively. Sure it might be “painful” but what’s been happening so far is that when prices drop, physical (and miners’) buying volume increases. Yet when prices rise, buying still goes up!

“When people refer to technical analyses of silver, they are sometimes surprised to see the metal’s price drop to unprecedented levels,” he said. “But silver just has the habit of doing that.”

The problem, he said, was that investors are typically quick to sell their stocks and metals based on these technical analyses. “Before they know it, [the price]will turn around and head up again.”

“Based on the supply-demand fundamentals, and silver’s history of being undervalued, we see the metal’s price reaching the three-digit level in the next few years,” he said. “The public recognition factor, with both gold and silver, will kick in.”

Gold and silver prices have historically traveled in similar directions, he continued, with an 85% correlation in terms of directional movement. But silver is the real winner for Smith.

“Historically, silver has increased in value faster than gold,” he said. “Over time, silver will increase up to several times more than gold on a percentage basis.” The reason for this, Smith continued, is that silver is both an industrial metal and a money metal.