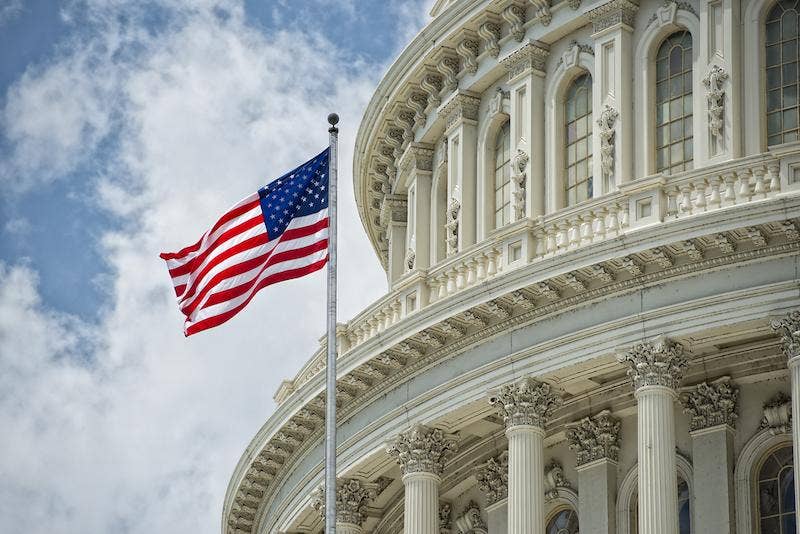 Without a doubt, we are about to head into an incredibly difficult and turbulent period in mankind’s history. I am not trying to be hyperbolic, and I am not trying to scare anyone. However, if you don’t see what is coming in the next couple of weeks, then quite simply, you need to take your blinders off.

The 2020 U.S. Presidential election will take place on November 3rd, which is only eleven days away at the time of writing. The outcome of this election will have an enormous impact on the most powerful and prosperous nation in the world, and thus the entire global economy will feel the rippling effect. Therefore, it comes as no surprise that market participants are scrambling to find any and every clue they can as to whether Joe Biden or President Trump will win.

Turning to the polls once again, people are highlighting how Joe Biden is ahead significantly, but is this accurate? Can the polls be trusted?

The 2016 Elections Polls Were Horribly Wrong

Heading into the 2016 election night, Democratic voters were already jubilant and rejoicing wholeheartedly, as they knew without a doubt that Hillary Clinton would win. How could she possibly lose?

The reason for this assumption was the non-stop cheerleading from the vast majority of the Mainstream Media, which was largely endorsing the Hillary Clinton campaign, rooting for her to win, and thus providing overwhelming positive coverage.

In addition to this, almost the entire polling industry was not only predicting that Hillary Clinton would win the 2016 Presidential Election, but that she would win in a complete and utter landslide—reinforcing what many Democratic voters already believed was a foregone conclusion

Almost any poll that you looked at gave Hillary Clinton a 90% plus chance of winning, with some even going as high as 98%! Boy were they wrong.Meanwhile, in a series of articles that I wrote leading up to that time period, I was ringing the alarm bell, highlighting how the sample sizes for many polls were horribly out of whack and did not make sense from a logical standpoint once you dug deeper.

These biased sample sizes, plus the fact that many Trump voters were shamed by the MSM into not stating who they were voting for, led to the results that we got on election night: President-elect Donald Trump. This sent a shock wave through Democratic supporters and the polling industry at large, as they had to face the hard facts that they got it so wrong.

There were indeed many eggs on many faces as the sun set on November 8th, 2016.

The Polls Are Likely Wrong Again and Are Drastically Underestimating Trump

Knowing what people know now, and how horribly out of touch the pollsters were in 2016, how could anyone trust the polling industry this time around?

Although somewhat scared, battered and bruised, it is without a doubt that many people, in fact a large majority of people, still do. In the Mainstream Media, you are once again hearing polling numbers quoted and taken as concrete evidence that Joe Biden will win come November 3rd. 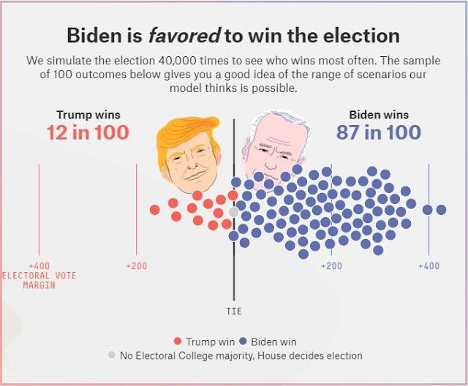 Currently Bidden has a stunning 87% chance to win, according to one major polling aggregate.

I believe that after four years of President Trump in office, the MSM and much of the political establishment has only hardened in their hatred and resolve to see Trump taken out of office. This means that they have a hard bias and motivation to see him lose and thus a willingness to take the polls at face value once again, just as they mistakenly did in 2016.

This is a dangerous path to be traveling down if they truly do wish to see him removed from office, as wholeheartedly trusting in the pollsters is a recipe for disaster. The fact of the matter is that in order for voters to feel motivated, they must believe that they NEED to get out, wait in those long lines, and actually vote. They need to mail that ballot in and fill it out properly so it does not get disqualified (a common occurrence for mail-in voting).

The sad reality is that many people are unmotivated or simply don’t care that much about politics. Even if they state they are voting for Joe Biden, they may not carve the time out of their day and put in the effort to head out and actually cast their ballot, under the assumption that he will win anyway.

On the other hand, you have Republican supporters who are constantly barraged by the MSM with how evil and corrupt President Trump is—which doesn’t line up with how they view the President and what they believe.

They have borne witness to countless “we’ve got him this time” stories over the past four years, all of which have ended in frustration for Democratic supporters. Crying “wolf” at this point is nearly meaningless, and people now just shrug and roll their eyes, regardless of how serious the claim is.

This overwhelming negative coverage has led to a general unwillingness to believe what the MSM is putting out. Additionally, President Trump has engaged in a four year smear campaign against much of the major news networks, with the most notable being CNN, which he has outright labelled “fake news”.

Thanks to all this, Trump supporters are no longer willing to openly state who they will vote for. There have been many stories about how people have been cancelled, ostracized, and outright fired for posting “pro Trump” messages on their personal social media accounts. This is once again playing out just as it did in 2016, and it is resulting in the appearance of a much lower support level for the President than is actually there.

Much of President Trump’s base feels like their opinions are not being heard and are thus suppressed, which will result in a very strong, highly motivated voter turnout—just as it did last time.

If President Trump wins once again come November 3rd, I believe that this will be the end for the polling industry. They will be shattered and broken and deemed untrustworthy by many.