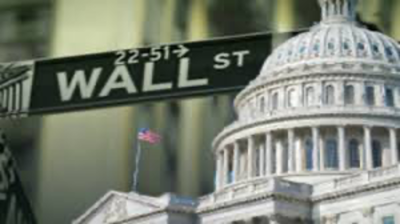 Interestingly, many, and perhaps most people today, lack an understanding as to the system under which they are ruled.

In the US in particular, most people who vote Republican take pride in believing that the US is a capitalist state.

Democrats, too, regard the US as a capitalist state, and take the view that that’s what’s wrong with America today. Increasingly, they seek a move in the socialist (or collectivist) direction to save them from the perceived evils of capitalism.

Interestingly, though, the evils to which they refer are the socio-economic inequalities that exist and the fact that those on the lower levels of society have decreasing opportunity to improve their lot in life. And, of course, since they believe they live under a capitalist system, they assume that capitalism must be the problem.

But this is not the case.

These were enacted under President Woodrow Wilson and were peddled to the American public as being anti-corporatist. The Revenue Act, which introduced income tax, was touted as creating a tax primarily for the rich, which would even out income disparities. The Federal Reserve was claimed to be a government agency that would ride herd over the greedy banking interests on Wall Street.

However, those few who actually read the bill learned that the Federal Reserve was neither federal nor a reserve. It was to be owned by the larger banks and would give them the power to control the currency of the US.

By promising collectivist changes, the goals of corporatism were advanced.

And so it is today. Virtually all the ills of American society, as described by liberals, have been caused by the introduction of collectivist concepts, capitalized upon by the plutocracy of the US.

The US is not a capitalist state. If we were to define it accurately, the economic system is corporatist and the social system is collectivist. It is, however, true that there exist the remnants of a free market, or capitalism.

Yet, to most – either liberal or conservative – this would seem impossible. We’ve been taught to regard Wall Street as a denizen for greedy capitalists. Surely, they would never support collectivism – the saviour of the masses.

Well, yes and no. Wall Street has dominated the American economy for over one hundred years. And in all of that time, they’ve sought a greater level of collectivism. They understand that collectivism (under any of its guises of socialism, fascism or communism) is a highly effective means by which to rule over others.

Collectivism does not raise up the masses, as Karl Marx suggested. Instead, it evens out the classes by lowering the great majority of people to an equal level of poverty.

The premise is a simple one: Promise largesse from the government, with the stipulation that basic freedoms must be relinquished in order to receive the largesse. Then, once all have been subjugated under collectivism, the largesse is steadily diminished. Corporate leaders convince the people to give up their rights, but then fail to deliver on their end of the bargain: to bestow riches upon the now-subjugated populace.

And again, this is nothing new. In 1917, one Leon Trotsky was hosted in New York by the most prominent banking and industrial firms. He was provided with funding, along with a US passport, courtesy of President Wilson. A contingent then went with Mister Trotsky to Russia with the funds necessary to wrest control of the new Soviet Union – to replace the Mensheviks with the Lenin/Trotsky-led Bolsheviks. The bargain was that the Soviet Union would be collectivist and that the goods needed by Russians would be supplied from New York, in perpetuity, unseen by the public in either Russia or the US.

Within a decade, the same firms began funding an up-and-coming Adolf Hitler. They funded his rise to power in 1933 and spent the remainder of the decade taking control of much of German industry, in addition to installing American-owned plants in Germany.

Prior to Hitler’s rise, Germany was flat broke and heavily in debt, but the massive monetary shot in the arm from Wall Street firms ensured that Germany would rise quickly and come to dominate Europe. Indeed, without US funding, the creation of the German war machine would have been impossible.

The term “Nazi” is an abbreviation for Nationalsozialistische – the National Socialist German Workers’ Party. Like the Russian people, the German people had been sold the collectivist promise, believing that their lives would somehow be better if they agreed to give up their liberties and accept totalitarian rule.

What they received was the totalitarian rule without the promised largesse.

The effort to create the same situation in the US has long been in the works. In the 1930s, great strides were made toward collectivism under the New Deal. However, post-war prosperity made Americans unwilling to give up liberties for largesse.

But today, increased governmental regulation has diminished the free market, diminishing opportunities for the average American. This has created a condition in which roughly half of Americans now buy into the empty promise of collectivism.

America no longer has true “liberal” and “conservative” parties. They now have “liberal” and “liberal-light” parties. Regardless of who is president, the US is on course to go full-bore in 2021 into dramatic social and legislative changes that will complete the transformation into Corporate Collectivism. All that’s needed is a trigger, as occurred in Germany in February of 1933.