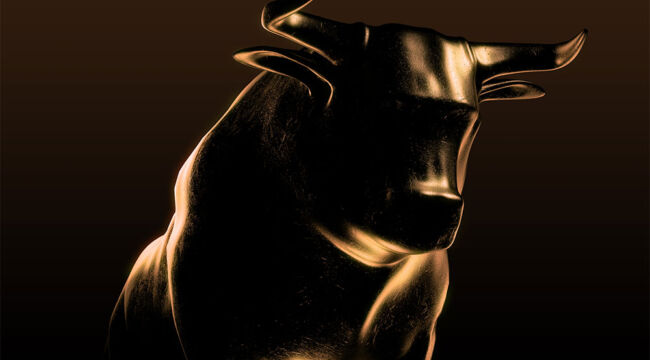 Investors have been hearing for years that “interest rates are near all-time lows,” and “rates have nowhere to go but up,” and finally, that “the bond bear market is right around the corner.”

Investors are told that the time has come to dump bonds, short them if you can, and brace for much higher interest rates.

There’s only one problem with these warnings. The bond gurus have been dead wrong for years, and they’re wrong again now. Rates are going lower, and the bond market rally that began in 1981 has further to run. The bull market still has legs.

To paraphrase Mark Twain, reports of the death of the bond market rally have been “greatly exaggerated.”

The key is to spot the inflection points in each bear move and buy the bonds in time to reap huge gains in the next rally.

That’s where the market is now, at an inflection point. Investors who ignore the bear market mantra and buy bonds at these levels stand to make enormous gains in the coming rally.

Notice the pattern? Yes, yields are back up with some regularity. But they have never broken through the 3.25% level in nine years. The much feared bond bear market never materializes.

When yields get above 3%, the economy stalls out, disinflation takes over, the Fed panics and either “pauses” rate hikes or cuts rates resulting in yields coming back down to earth. Every time yields fall, bond investors make huge capital gains.

That’s exactly why the opportunity to go long Treasuries is so attractive. With all of the big players (hedge funds, banks, wealth managers) leaning on one side of the boat, it only takes a small perturbation causing lower yields and higher prices to trigger a massive short-covering rally, where these short investors scramble to exit their positions and buy bonds to cut their losses.

Every time the bears say yields are going to the moon, they crash to a new low. That means bigger gains for investors.

Investors hoping for higher yields may not realize that the bond prices in their portfolio go down when that happens.

The best trading strategy is to buy a bond just when yields spike, and then hold it as yields fall back down to earth. That way, you keep the high yield on your bond and accrue huge capital gains as market yields decline. You can hold the bond to maturity, of course, but you can also sell it for a gain, move to the sidelines with cash and buy a new bond when yields get toppy again. Wash, rinse and repeat.

There’s another bit of bond math that is not intuitive to most investors. It’s called convexity or duration. In plain English, it means that as interest rates get lower, the capital gains get larger for each basis point decline in rates.