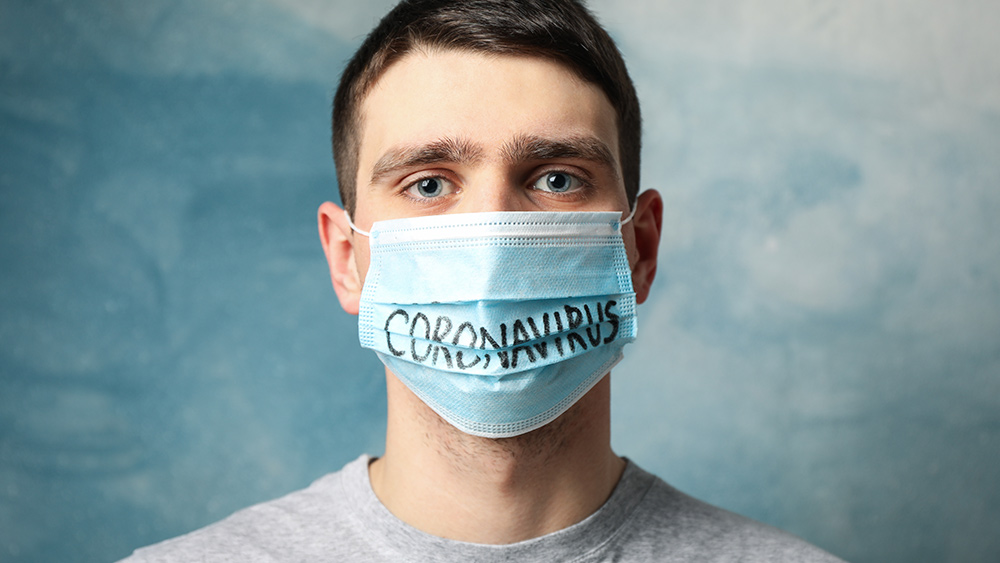 Just when you thought the covidiocy in America could not get any more deranged, California Gov. Gavin Newsom opens his mouth and proves us all wrong once again.

In a recent tweet, Newsom’s office told Californians that they should only go out to eat with members of their own household. And while dining, they should mask up in between bites to avoid murdering everyone else in the restaurant – because masks are magic, after all.

“Going out to eat with members of your household this weekend?” the tweet from the Office of the Governor of California asks. “Don’t forget to keep your mask on in between bites.”

“Do your part to keep those around you healthy,” it concluded, along with the hashtag “#SlowtheSpread” and a link to California’s official Wuhan coronavirus (covid-19) information page.

Just to be sure that Californians who subscribe to Newsom’s tweets understand his new recommendation, a visual image was also included showing a cartoon woman removing her mask only to take a bite of food, then immediately re-muzzling herself after putting the fork back down on the table.

Oh, but try to touch your mask as little as possible, Newsom also says

Hilariously, this image of the cartoon woman was accompanied by a contradictory message instructing Californians to “[m]inimize the number of times you take your mask off.”

In other words, you should touch your mask as little as possible while dining out, according to Newsom, but also be sure to touch your mask constantly by putting it back on after every single bite of food you take – because science.

Newsom’s followers were so unimpressed with his “progressive” new guidelines that they mocked and ridiculed him to no end on Twitter.

“Any calculations done on how many ‘bites’ each individual takes in a meal and therefore how many hand-to-face contacts that will mean?” asked one Twitter user. “Presume that has been risk-assessed?”

“I pre-cut any food that needs to be cut so that I won’t require use of both hands, hold breath, pull my mask down with my left hand and I use a utensil with my right hand,” wrote another, hopefully joking.

Another user flat-out stated that Newsom’s graphic openly contradicts itself, instructing diners to constantly remove their masks while simultaneously telling them to touch their masks as little as possible.

“Do both,” another user jokingly responded. “Eat your meal with the biggest bites possible. Ideally order thin soups that can be eaten with the mask in place.”

How much more tyranny are you going to take, America?

While most of the rest of the world has pretty much already forgotten that there ever even was a “pandemic,” American politicians like Newsom are still playing plandemic by ordering their subjects to wear gloves and masks, avoid other humans, and stay home forever for their own “safety” – and sadly, Americans are continuing to let them.

We have well breached the point of maximum absurdity and covidiocy, and as long as America continues to abide by the inane “rules” set out for them by the political bourgeoisie, the heavy boot of tyranny will only stomp down even harder.