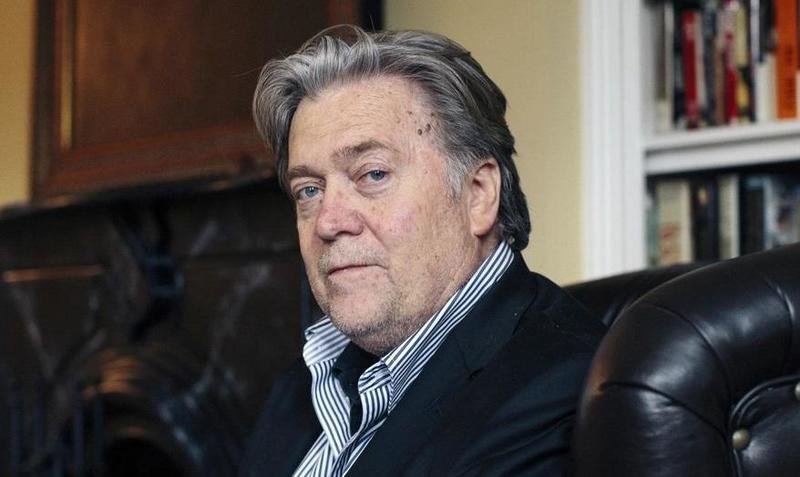 In a recent interview with Revolver, former White House Chief Strategist Steve Bannon admitted that he’s the architect of a coordinated roll-out of the Hunter Biden laptop contents, and that there’s much, much more to come.

To review, last month the New York Post set off a nuclear bomb when they released evidence from the younger Biden’s hard drive obtained by Rudy Giuliani, after a computer repair shop owner initially approached the FBI, which appears to have concealed evidence of Biden family corruption in Ukraine and elsewhere while President Trump was being impeached for asking Ukraine to investigate exactly that.

And Steve Bannon is master of ceremonies for this October surprise.

As former Breitbart journalist Lee Stranahan – who’s not exactly Bannon’s biggest fan – puts it, “I can’t think of a single example of him saying he had the goods on the story that didn’t pan out,” adding “If he says a lot more is coming he’s not shooting blanks.”

I have many criticisms of Bannon, like ignoring my warnings in 2017 the Ukraine story was going to be a big deal.

I can’t think of a single example of him saying he had the goods on the story that didn’t pan out.

If he says a lot more is coming he’s not shooting blanks.

Interview with Steve Bannon via Revolver.com (emphasis ours)

Last week the NY Post took the political world by storm with its release of shocking material from Hunter Biden’s hard drive indicating corruption, sexual depravity, and more. The Post reported that a lawyer for former NY Mayor Rudy Giuliani obtained the hard drive from a computer repairman and that former White House Chief Strategist Steve Bannon had alerted the Post to the existence of the hard drive in July.

Steve Bannon, former adviser to President Trump, told The Post about the existence of the hard drive in late September and Giuliani provided The Post with a copy of it on Sunday. [NY Post]

Steve Bannon has since clarified to Revolver News that he was brought into the project based on familiarity with corruption in corporate America, on Wall Street, and within the Chinese Communist Party and America’s political class. Mr. Bannon revealed that he “worked up and executed the roll out plan” of the information contained in the Hunter hard drives. Given his close knowledge and familiarity with an issue of such explosive importance to the election, Revolver asked Mr. Bannon a few questions pertaining to the contents of Hunter’s hard drive and the political implications of their release.

Revolver: What is the most incriminating thing on the hard drive? Rudy has suggested illegal things, and as Revolver reported, the FBI person tasked with the hard drive is associated with the child pornography division. Could you give more insight into how bad it is we’re talking about?

Mr. Bannon: Joe Biden is a liar, a fraud, and compromised by Chinese cash. In short, he is a national security crisis. The hard drive combines emails and text messages that show a massive involvement with companies controlled by the Chinese Communist Party. Also, there are 25,000 images that show a drug-addled, depraved lifestyle — one that decent hardworking Americans will not want near the White House.

Revolver: The FBI has been holding onto the hard drive for almost a year? Any sense of why? Was there any indication that they were seriously interested in a criminal case, assuming that there is, in fact, illegal material on there? If not, why would the FBI simply hold onto information like that?

Mr. Bannon: The President must confront the director of the FBI on why the information housed on this hard drive was not moved on immediately. If the content of the hard drive had been released when received in November 2019, there would have been no impeachment of Trump, and Bernie Sanders would be the Democratic Party nominee. This confrontation should take place this weekend in the Oval Office. If Wray doesn’t have a bulletproof reason he should be fired in the room.

Revolver: What are your best estimates on how many foreign entities may have obtained possession of the hard drive? Chinese intel?

Mr. Bannon: It’s the actions represented on the hard drive that the American people must understand our enemies know about. The cash and equity given for access to Biden, the favors done for that cash, the drugs, the depravity. The CCP, Russian Intel, the Iranian Revolutionary Guard Intel Services — they know the Bidens are for sale.