by Bill Jasper, The New American: 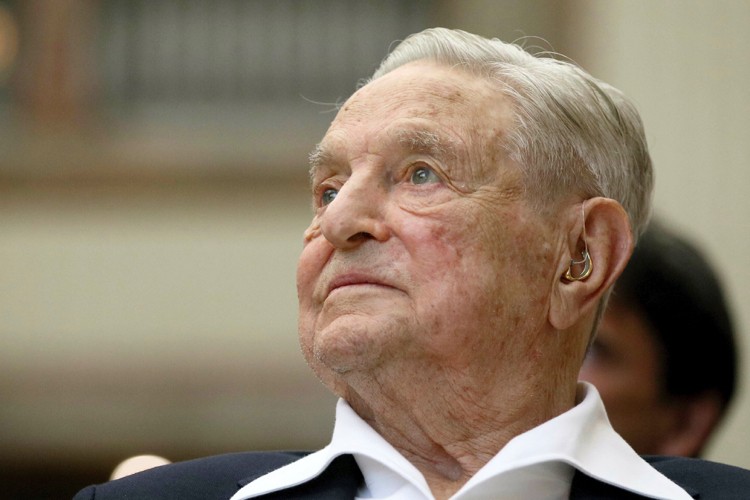 In the ongoing war between George Soros and Hungary, the billionaire leftist can chalk up a legal victory — of sorts. On October 6, the European Court of Justice (ECJ), the European Union’s highest court, handed down a decision favoring the Hungarian-born American financier over the government of Hungarian Prime Minister Viktor Orbán. However, the immediate impact of the ruling is uncertain, since the Orbán government is not likely to implement it in a manner that will satisfy either Soros or the increasingly tyrannical EU bureaucracy.

At issue is Hungary’s 2017 education reform law, which caused the Soros-funded Central European University (CEU) to leave the country and set up its operations in neighboring Austria. That legislation requires foreign universities operating in Hungary to also provide courses in their home countries. Orbán and many Hungarians saw Soros’ Budapest-based CEU as a foreign subversive operation aimed at de-Christianizing Hungary. In addition, they viewed the pro-EU university as aiming to put the former communist nation back under another socialist dictatorship, but this time one that would be run from Brussels rather than Moscow.

EU-WTO version of “rule of law”

The ECJ ruled that the “conditions introduced by Hungary to enable foreign higher education
institutions to carry out their activities in its territory are incompatible with EU law.” Moreover, it determined that the Hungarian law is in violation of agreements “within the framework of the World Trade Organisation (WTO)” and the General Agreement on Tariffs and Trade (GATT), which further validates the concerns of sovereignty champions regarding the dangers to nationhood posed by multilateral trade agreements.

Responding to the decision, Hungarian Justice Minister Judit Varga stated, “Hungary will duly implement the judgment of the Court of Justice of the European Union in accordance with the best interests of the Hungarian people.” Precisely how that implementation will be carried out remains to be seen, but it is likely to be unsatisfactory for the ECJ and the EU Commission (which brought the complaint on behalf of Soros and the university). “We find double standards unacceptable, every university in Hungary must equally observe the laws,” Minister Varga told the Hungarian news agency MTI after the judgment. “There is no scope for creating a law that would give the Soros university an advantage over Hungarian universities,” she added, noting that “the relevant Hungarian law affects dozens of foreign higher education institutions operating in Hungary, but for most of them complying with the law was not a problem.”

“At the end of the day,” Minister Varga asserted, “the appropriate functioning of higher education institutions is the pledge of trust in a country’s education system and of the reputation of its higher education, while the degree issued by it is an embodiment thereof.” “We don’t need PO box universities,” she added.

George Soros is not the only wealthy globalist to be crossing swords with Prime Minister Orbán and his feisty, young justice minister. However, he is preeminent among the organized one-worlders for the viciousness of his attacks on Hungary and the other former communist countries of eastern Europe, as well as for the massive funding he has lavished on those efforts. Addressing his fellow globalist elites at the World Economic Forum in Davos, Switzerland, this past January, the hedge-fund tycoon pledged $1 billion to his new Open Society University Network (OSUN). He also blasted President Donald Trump as a “pathological narcissist” and denounced “would-be and actual dictators.” There was no doubt among WEF attendees and the Soros-friendly media that many of the billionaire’s barbs were aimed at PM Orbán.

The left-tilted EU Observer reported on Soros’ WEF speech thusly: “George Soros, the New York-based billionaire philanthropist demonised by right-wing populists in Europe and beyond, is to invest $1bn (€0.9bn) in universities designed to promote liberal values, he said at the World Economic Forum, an elite congress in Davos, Switzerland, on Thursday. The ‘Open Society University Network’ project comes after Hungary’s right-wing prime minister, Viktor Orbán, ejected a Soros-funded university from Budapest amid an antisemitic and anti-EU hate campaign.”

It is worth noting that the EU Observer’s reportage, typical of the blatant media bias in the Soros vs. Orban affair, is adulatory regarding Soros and outright venomous regarding Orbán. Soros is a munificent “philanthropist” showering money on institutions of learning that “promote liberal values.” And for that, the generous patron is being “demonised by right-wing populists.” Orbán, on the other hand is a “right-wing prime minister” who is leading “an antisemitic and anti-EU hate campaign.”

As per the usual Fake News formula, rather than dealing with the Soros-promoted “liberal values” that the Hungarian government finds objectionable, the media have determined to characterize the opposition as motivated by “antisemitism,” “hate,” “fascism,” “authoritarianism,” “racism,” “xenophobia,” etc. But, are there no genuinely substantive issues concerning Soros’ activity in their country that Hungarians may justifiably object to? Here is a short list of the causes Soros, his Central European University, and his other NGOs have been promoting in Hungary (and elsewhere): abortion, LGBTQ “rights,” EU supranationalism, subservience to EU mandates, de-Christianization, Muslim migration, Islamification, identity politics, cultural Marxism, political correctness, and more (see articles linked below).

The CEU has not been targeted by the Orbán government simply because it is a foreign diploma mill, but because it has been a center of Soros-sponsored foreign influence and subversion. The recent ECJ ruling is not surprising; it is but the latest dustup in an ongoing vendetta against Hungary by Soros and the internationalist elites. It is a vendetta featuring not only non-stop media smears but also constant attacks by the EU Commission, EU Parliament, the EU judiciary, and the entire EU bureaucracy in Brussels.