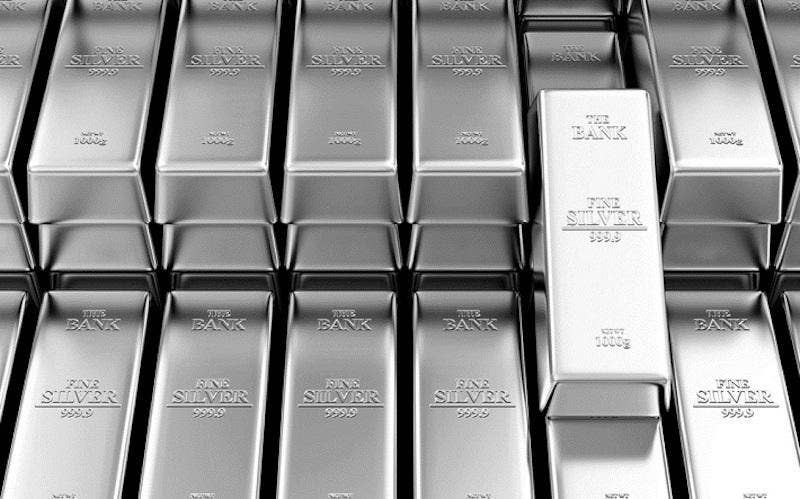 “I have instructed my representatives to stop negotiating until after the election when, immediately after I win, we will pass a major Stimulus Bill that focuses on hardworking Americans and Small Business”

And the price of silver, which was already down 40 cents, fell more than a dollar (some of the drop occurred after the cutoff of this graph, but the graph shows 60 cents). 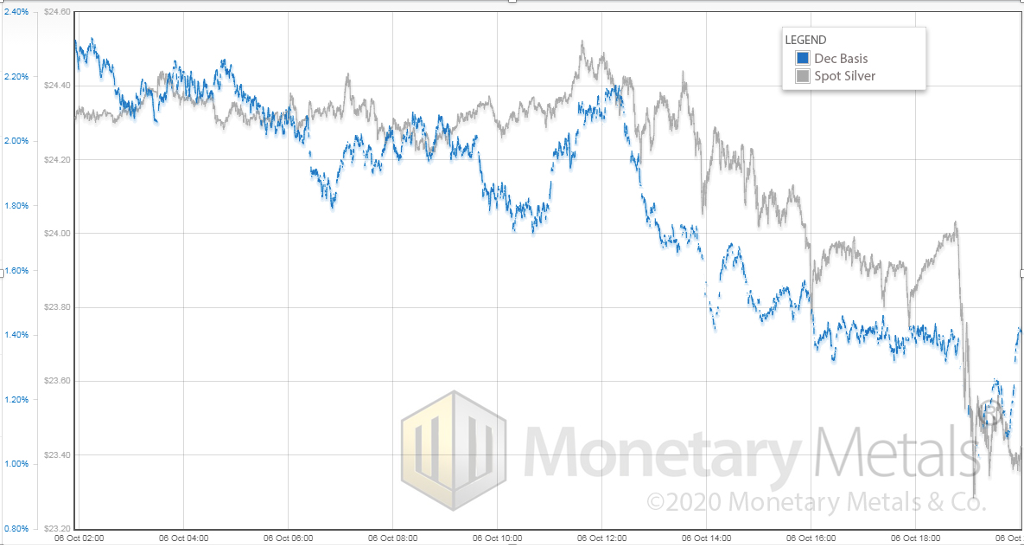 Look at that! The basis is falling with each drop in the price. It rose with one price blip, but not a few others.

This is selling of futures by guys with leverage, not the selling of metal.

Speaking of stimulus, let’s look at what the president proposed in tweets later in the evening, seemingly reversing himself.

“In economics, stimulus refers to attempts to use monetary or fiscal policy (or stabilization policy in general) to stimulate the economy. Stimulus can also refer to monetary policies like lowering interest rates and quantitative easing.”

We disagree with one word. It says in “economics”. No. This is not economics. This is politics. It is a promise of something which cannot be delivered. Yet so long as voters believe in magic, they will keep voting for stimulus.

We are reminded of the old Native American saying:

“You do not make the blanket longer, by cutting off a strip of cloth at the bottom and sewing it at the top.”

This was said (supposedly) about daylight savings time. But it would be apropos to stimulus as well. Because the government does not have any resources itself. Whatever it gives an airline employee, it must first take from someone else.

And there are enormous losses due to the sieve of government itself. Looting Peter to pay Paul is not zero-sum. It is negative-sum!

Anyone who has studied economics knows this. This is not abstract graduate-level theory here. Any Econ 101 student proposing a stimulus policy in a paper, should get a big, fat F.

It would be simpler to see, if the government taxed Peter to stimulate Paul.

However, the government has long passed the point where it can get more tax revenues from the economy. So with every increase in its spending, it turns to borrowing.

The government borrows from Peter to stimulate Paul. This is much more politically popular, because Peter believes he has a good asset. The asset pays interest (though much less than ever before). And the asset goes up in prices, making Peter feel richer.

Got that? Peter’s savings are consumed to stimulate Paul, but Peter feels like he is making money.