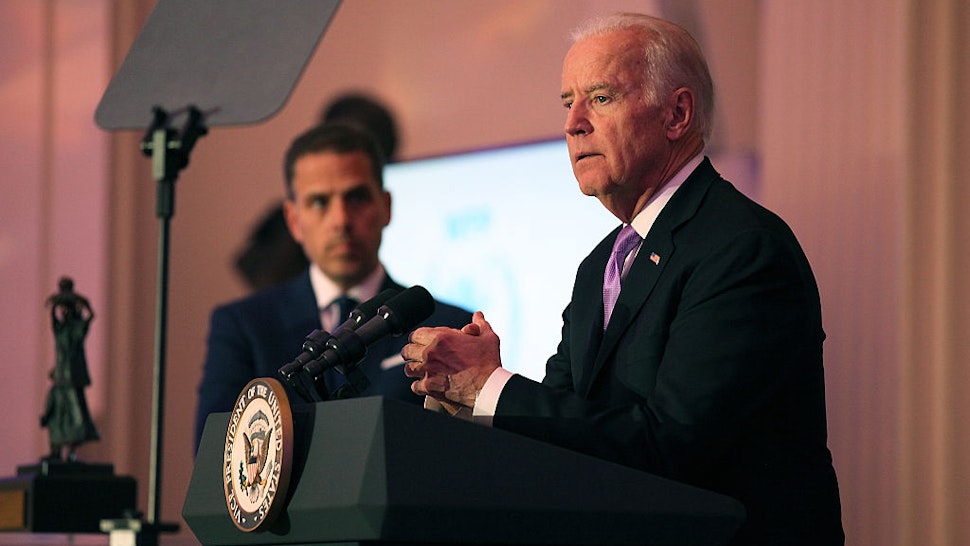 The news comes on the heels of a story from the New York Post revealing that a Delaware computer repair shop had made a copy of a hard drive allegedly containing emails from Hunter Biden to Burisma executives. The emails, the Post reports, include “a message of appreciation” from Burisma executive Vadym Pozharskyi, thanking Hunter for introducing him to Joe Biden.

“Dear Hunter, thank you for inviting me to DC and giving an opportunity to meet your father and spent [sic] some time together. It’s realty [sic] an honor and pleasure,” Pozharskyi wrote. The email was a follow-up to another message in which Pozharskyi reportedly offered to advise Hunter Biden on how to use his “influence,” though there are no background details on that message.

“The Post noted that the revelation comes after Biden has repeatedly denied speaking with his son, Hunter Biden, about his overseas business dealings,” the Daily Wire noted earlier Wednesday after the Post story broke.

Questions remain about how the laptop ended up in a Delaware repair shop, why a copy was made of the hard drive, and who passed the emails to the Post. Fox News notes that “the FBI reportedly seized the computer and hard drive in December 2019. The shop owner, though, said he made a copy of the hard drive and later gave it to former Mayor Rudy Giuliani’s lawyer, Robert Costello…the FBI referred questions about the hard drive and laptop to the Delaware US Attorney’s Office, where a spokesperson told the [New York Post] that the office ‘can neither confirm nor deny the existence of an investigation.’”

Johnson told Fox News that the committee’s first order of business will be investigating and verifying the emails, and that they have been in contact with individuals in the chain of possession.

“We regularly speak with individuals who email the committee’s whistleblower account to determine whether we can validate their claims,” Johnson told the network. “Although we consider those communications to be confidential, because the individual in this instance spoke with the media about his contact with the committee, we can confirm receipt of his email complaint, have been in contact with the whistleblower, and are in the process of validating the information he provided.”