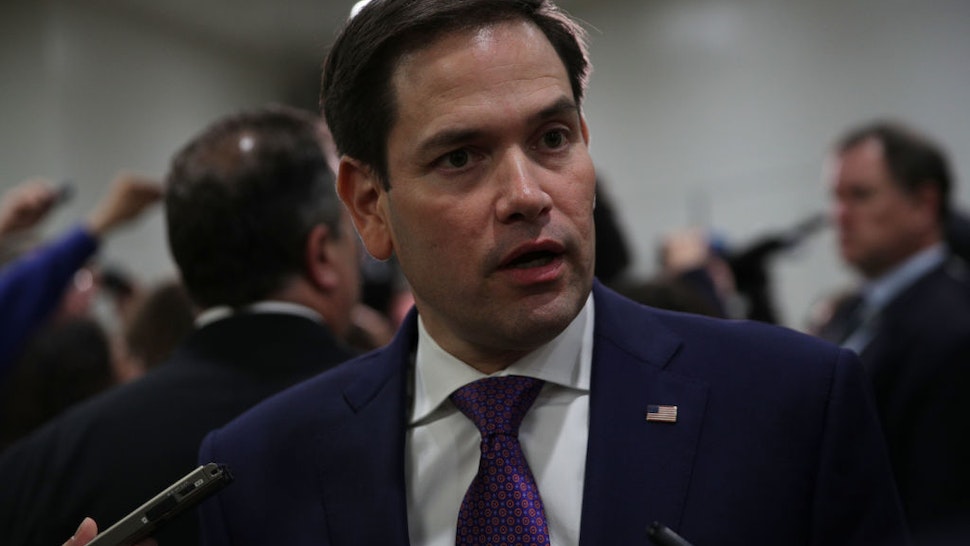 On Monday, Senator Marco Rubio (D-FL) published an opinion column for Fox News in which he asserted that the Democratic Party, which has been making noise about packing the Supreme Court with additional justices if Judge Amy Coney Barrett is confirmed for the Court, has a “dirty little secret”: they’ve been planning to pack the Court for a long time.

Rubio began: “You don’t need to wait for Democratic presidential nominee Joe Biden’s long-promised and still-elusive answer to know that a Biden administration would sign legislation into law allowing them to pack the Supreme Court with left-wing activists. Biden may claim that he is ‘not a fan’ of court-packing, but when asked directly last week whether he would support it, he acknowledged ‘it depends’ on how Judge Amy Coney Barrett’s nomination ‘turns out.’”

After Rubio wrote bluntly that Barrett would be confirmed and that Biden’s running mate, Senator Kamala Harris, said Barrett’s confirmation process was “illegitimate” and “reckless,” he opined that Biden would pack the Court “because his radical base demands it,” adding, “And here is the dirty little secret that Democrats do not want the American people to know: it has always been their plan to pack the Supreme Court with liberal judges.”

Rubio pointed out that in March 2019, he and other Senate Republicans, knowing the predilections of the Democrats, proposed a constitutional amendment limiting the Supreme Court to nine justices.

When Rubio introduced the amendment, he stated, “The Democrats’ court packing proposal represents the latest shortsighted effort to undermine America’s confidence in our institutions and our democracy. America’s institutions are far from perfect. But over the past two centuries, they have provided a framework for our nation to become the most dynamic, most vibrant, and most exceptional nation in all of human history. To prevent the delegitimizing of the Supreme Court, I am introducing a constitutional amendment to keep the number of seats at nine. Our institutions matter. Our Constitution matters. And we should fight to protect them.”

In his Fox opinion piece,  Rubio noted sardonically, “It is telling that no Democratic senator has cosponsored my constitutional amendment, which would merely keep the Supreme Court at the same number of seats it has had since 1869.”

“Protecting our legal institutions is critical,” Rubio stated. “Over the past two centuries, they have defended and upheld Americans’ natural rights and made the United States the most exceptional nation in all of human history.  But this is about more than our institutions — it is about what happens to our country, our communities, and our way of life if the radical left and the Democratic Party destroy them. It is clear they don’t want to pack the Supreme Court just to cancel out the votes of Justices Clarence Thomas, Samuel Alito, Neil Gorsuch, Brett Kavanaugh, and soon Amy Coney Barrett. They want to pack the Court to cancel out your ability to resist their radical agenda.”

“The truth is that this is a major part of the Democratic Party’s desire to manipulate and coerce our public institutions into being an arm of their radical progressive agenda,” Rubio continued, adding, “And that radical agenda is part and parcel to Joe Biden, who said earlier this year that he would be the ‘most progressive president in history.’”

Rubio spoke of the American Founders’ belief that all men are created equal and that their rights came from God, writing that it was “increasingly under assault from the left. They would have you believe that America and its founding is irredeemably racist, and that nothing short of a revolution is acceptable.”