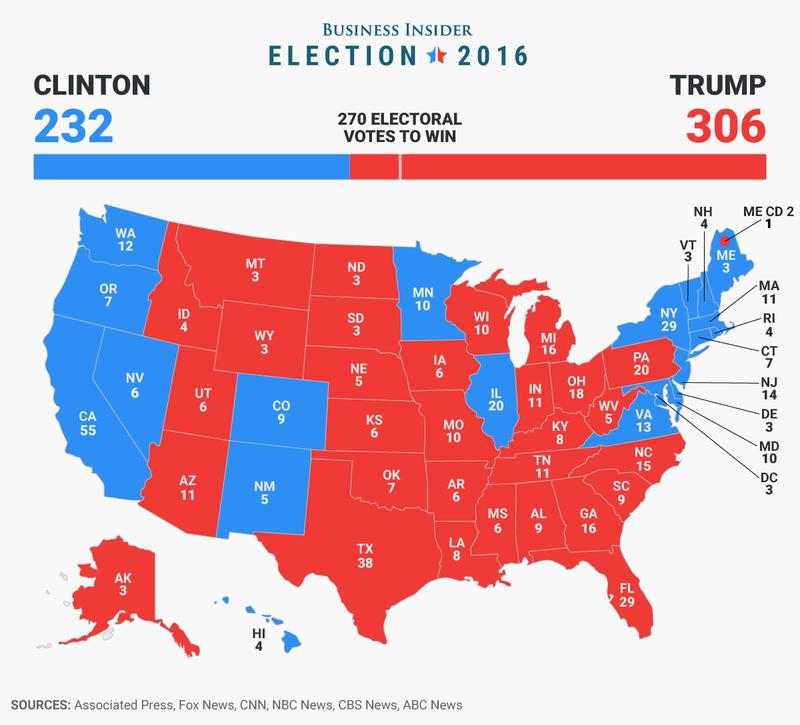 With the help of Paul Hoffmeister, chief economist at Camelot Portfolios

With Election Day less than a month away, we look at which party will likely control the White House, Senate and House in 2020… and what to watch for on Election Night.

Currently, the major polls give former Vice President Biden more than a 9-point lead nationally against President Trump – according to RealClearPolitics National Average. 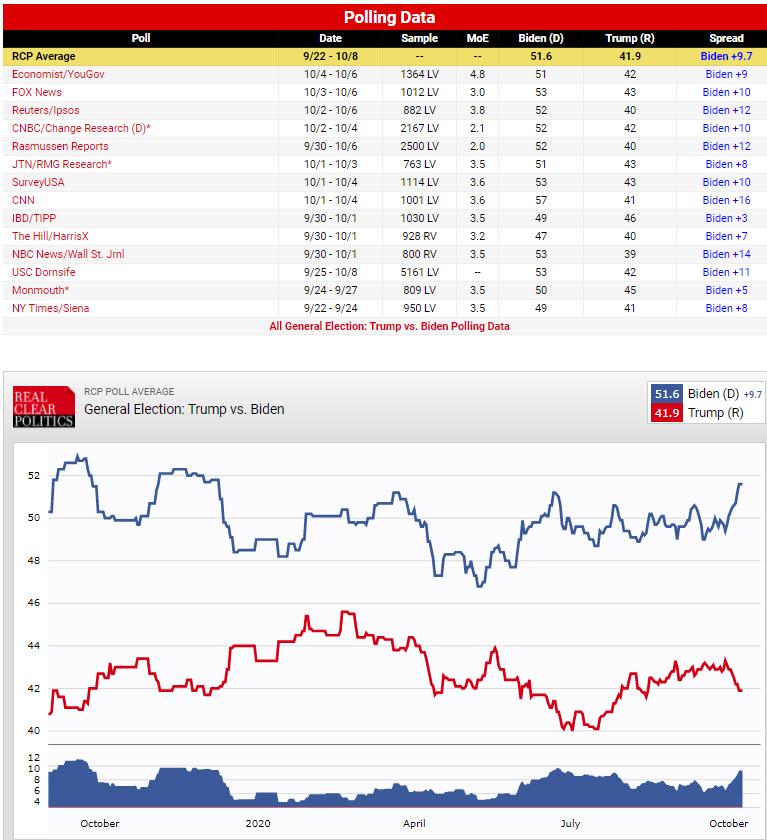 And the Predictit markets imply a 67% probability of Biden winning on November 3rd. Additionally, those markets suggest that Democrats will win both the Senate and House (66% and 88% probabilities, respectively). Quite simply, it appears that a Blue Wave is fast approaching, something which the market has not only priced in, but has successfully digested as a favorable narrative for risk assets.

It would be easy to simply close the books and call the November contest over. But, of course, the major polls were all wrong in 2016; notably about the presidential race.

In the following Election Review from Camelot Portfolios, we look at what some of the polling firms that called 2016 correctly are seeing today. “Shocking”, their polling suggests that President Trump will be re-elected, either narrowly or by a large margin. Therefore, as Camelot notes, “capital allocators today cannot easily assume next month’s results.”

It’s very possible that Trump will win Florida, North Carolina and Arizona. If so, a win in Pennsylvania or Michigan will likely put him over the top in the electoral college. And speaking of “shocking”, Camelot notes that as far as the Senate and House are concerned, it also appears that Republicans will keep control of the Senate, especially if Trump has a strong night. On the other hand, the House is highly likely to remain in Democratic control.

First, a few quick notes, on what happened over the past four years, and a look at the “Market Narrative” of Trump’s presidency prior to Covid-19:

Fast forward to today, when according to online betting site PredictIt.org, the probability of Democrats winning White House 63%, win Senate 66%, win House 88% (here, a question should be asked: since the contracts are relatively illiquid, is there one or more major players who have “cornered” the PredictIt market and are swaying public opinion with relatively low sums of cash).

Next, we look at the Electoral College Map after the 2016 election:

This outcome was not predicted by virtually any pollster in 2016, when most of the major polls were wrong, but not all:

Among these major polls, Clinton led Trump by 3.2% during the week prior to Election Day. More accurate pollsters incorporated likely voters and attempted to adjust for ‘shy voters’.

Trafalgar Group was named best polling firm of 2016 presidential race. It was one of few pollsters to predict Trump would win PA and MI (sources: Trafalgar Group and RealClearPolitics) and also Trump’s victory. This is what Politico wrote in its post-election mea culpa about the Trafalgar Group:

The signs of a polling disaster were all there, but almost no one besides Donald Trump was paying attention.

There were surveys showing Trump winning, but they were ignored by most news outlets, dismissed as partisan polls conducted using automated phone technology that eschews calling cell-phone users.

the state polling this year was sparse, especially in the closing days. Of the 11 states POLITICO identified as Electoral College battlegrounds earlier this year, four of them didn’t see a nonpartisan, public, live-interview poll for the final week of the campaign: Colorado, Nevada, Ohio and Wisconsin. Taken together, it was a recipe for an epic polling failure.

Few, it seems, paid attention to the surveys from the Trafalgar Group – a Georgia-based consulting firm that, on its website, celebrates the time RealClearPolitics picked up one of its Florida primary polls – showing Trump ahead. The group’s Pennsylvania poll was the only one of dozens since late July to show the GOP nominee in the lead there – but it was also the only poll conducted into this past weekend, as voters made their final choices.

At a time when the polling industry was crushed by its collectively incompetence, the praise for Trafalgar continued: