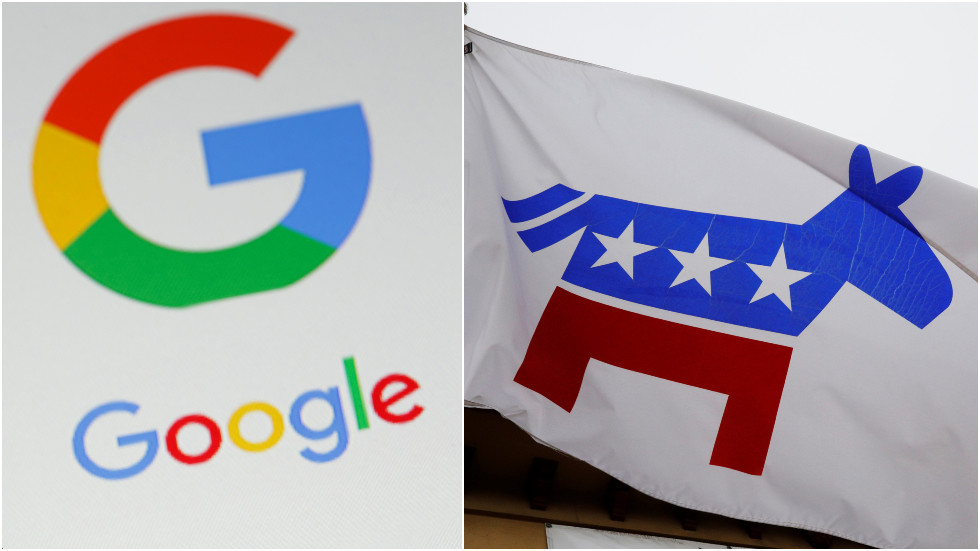 An alleged program manager at Google Cloud has said the search engine monolith is “playing god” in the US political scene, skewing results to benefit Democrats, according to an undercover interview captured by Project Veritas.

In footage published on Monday, the conservative media watchdog shared around eight minutes of an interview with a man identified as Ritesh Lakhkar, said to be a technical program manager at Google’s Cloud service, who accused the company of putting its thumb on the digital scales for the Democrats.

“The wind is blowing toward Democrats, because GOP equals Trump and Trump equals GOP. Everybody hates it, even though GOP may have good traits, no one wants to acknowledge them right now,” Lakhkar said when asked whether Google favors either political party.

Google search “skewed by owners and drivers of the algorithm”

While Lakhar – whose LinkedIn page states he’s worked at Google since May 2018 – did not specify exactly how the company gives an edge to certain political viewpoints, he suggested the platform is selling favorable coverage to the highest bidder.

“It’s skewed by the owners or the drivers of the algorithm. Like, if I say ‘Hey Google, here’s another two billion dollars, feed this data set of whenever Joe Biden is searched, you’ll get these results,’” he went on, blasting Big Tech firms for “playing god and taking away freedom of speech on both sides.”

You’re playing selective god. Like, if it was fraud it doesn’t matter, but for Trump or Melania Trump, it matters… Trump says something, misinformation. You’re going to delete that because it’s illegal under whatever pretext. And if a Democratic leader says that, you’re going to leave it.