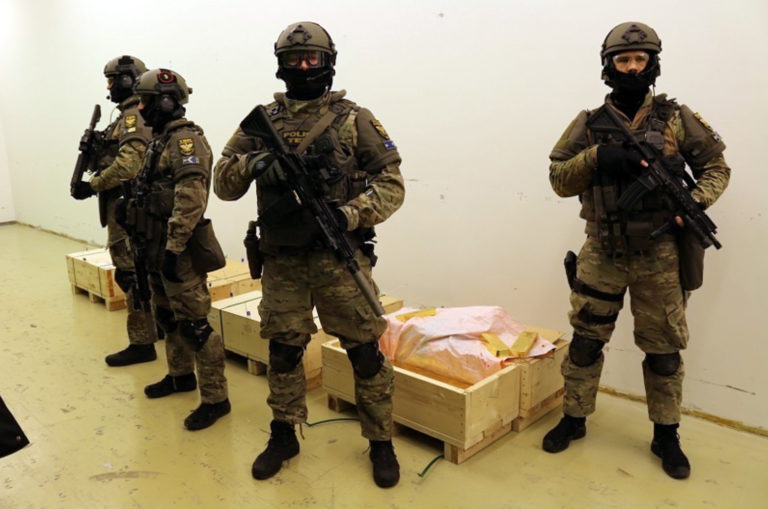 As early as 2015, I put forward the idea that the year 2020 looked to be a leading contender for a monetary system Reset.

I reached that conclusion based on a trend I had spotted in the gold repatriation timelines announced by a number of European central banks beginning in 2013. And who better to know the inside plans for a future and much needed reset of the financial system than the world’s most powerful central banks, the unaccountable and secretive institutions where gold is at the heart of their balance sheets, and would be the natural and reserve asset anchor in any new international monetary system.

Besides, the global financial crisis that began in 2007/2008 never really ended. It was merely patched up, prolonged, and put on life support by central bank interventions in the form of unceasing quantitative easing (QE), asset buying, and artificially low interest rates.

From Frankfurt to Vienna

The first piece of evidence was the by now famous gold repatriation exercise by Germany’s Bundesbank (Buba) to move large nearly 700 tonnes of gold from the vaults of the New York Fed and Banque de France to Frankfurt, which the Bundesbank announced in a press release on 16 January 2013 as follows:

“By 2020, the Bundesbank intends to store half of Germany’s gold reserves in its own vaults in Germany. The other half will remain in storage at its partner central banks in New York and London”

“To this end, the Bundesbank is planning a phased relocation of 300 tonnes of gold from New York to Frankfurt as well as an additional 374 tonnes from Paris to Frankfurt by 2020.“

This was followed on 28 May 2015 by an announcement from Austria’s central bank, the Oesterreichische Nationalbank (OeNB), that it too would repatriate gold stored in London back to its vaults in Vienna in what it referred to as the adoption of a ‘2020 gold storage policy’. To wit:

Recently, the Governing Board of the OeNB adopted the 2020 gold storage policy …

To me, the OeNB’s 2020 plan following a similar statement by its German neighbour BuBa suggested a coordinated strategy by these central banks to regain control of as much gold reserve assets as they could in advance of a pre-planned system reset deadline of 2020.

In February 2016, while attending the World Money Fair in Berlin, we recorded a BullionStar Perspectives video interview about central banking trends, in which I again referred to this 2020 System Reset. See the 1 minute video segment below for the relevant discussion:

BullionStar Perspectives interview 2016 – Referring to Central Banks and a System Reset in 2020. Source

In August 2017, the German Bundesbank in a press release again tellingly referring to the hard and fast 2020 deadline announcing that it had completed its gold repatriation from New York and Paris ahead of schedule:

50.6 per cent of Germany’s gold reserves are now stored in Germany. This goal was set out by the Bundesbank in 2013 and was scheduled to be achieved by 2020 at the latest. “This closes out the entire gold storage plan – around three years ahead of the time we were aiming for,” said Bundesbank Executive Board member Carl-Ludwig Thiele to representatives of the press.”

“At the latest” and “ahead of the time we were aiming for” – Unusually precise and urgent wording, but illuminating and logical when interpreted in the context of a pre-planned 2020 System Reset deadline. It was likewise with Germany’s neighbour to the south, where in March 2019, the Austrian central bank announced that:

“Regarding the milestones reached in 2018, Governor Nowotny pointed out that “the repatriation of gold reserves to Austria was completed in 2018, ahead of schedule.'”

There’s that exact phrase again “ahead of schedule”. Here we see that both banks had a schedule of 2020, and were relieved to have achieved their repatriations ahead of this 2020 schedule.

Dutch jump the Gun – In Secret

But it wasn’t just the central banks of Germany and Austria who were busy planning gold repatriating in the 2013-2015 period ahead of the 2020 deadline. In Germany’s neighbour to the north-west, the Dutch central bank, De Nederlandsche Bank (DNB), was, over October and November 2014, secretively repatriating 122.5 tonnes of gold from the vaults of the New York Fed to the DNB vaults in Amsterdam, but only announcing the gold transfers on 21 November 2014, after they had been completed.

Positioned between the 2013 Bundesbank and 2015 OeNB repatriation announcements, both of which referenced the 2020 deadline, the Dutch gold transfers of 2014 make most sense when seen in terms of the same motivations, but given that the gold transfers were executed in secret and in a very short timeframe, there was no advance announcement.

However, in one of the most explicit statements of central banks in explaining why it holds substantial physical gold reserves, DNB tellingly commented on its website in April 2019 that gold plays the role in rebuilding a collapsed finanical system:

“Gold is …the anchor of trust for the financial system. If the system collapses, the gold stock can serve as a basis to build it up again. Gold bolsters confidence in the stability of the central bank’s balance sheet and creates a sense of security.”

Beyond the Dutch, let’s not forget Germany’s neighbour to the east, Poland, which while it late to the central European gold repatriation club, made up for lost time in the first half of 2019 when the Polish central bank, the National Bank of Poland (NBP), announced a massive purchase of 100 tonnes of gold at the Bank of England, after which it promptly flew all of this 100 tonnes of gold back to Warsaw in a series of air transfers, the last of which was in November 2019.

The rationale of the Polish central bank in doing this was, in its own words, because:

“Gold is the ‘most reserve’ reserve asset: it … is a kind of confidence anchor, especially in times of tensions and crises. …Gold secures Poland’s financial strength even in extremely unfavorable conditions.”

The Polish operation followed similar moves in October 2018 by Austria’s neighbour to the east, the Hungarian central bank, Magyar Nemzeti Bank (MNB), where the MNB increased its gold reserves ten-fold from 3.1 tonnes to 31.5 tonnes with the purchase of 28.4 tonnes of gold in London, and in the following weeks, promptly repatriated all of this gold back to Hungary. Tellingly, in its October 2018 comment, the Hungarian central bank also made reference to structural changes in the monetary system: