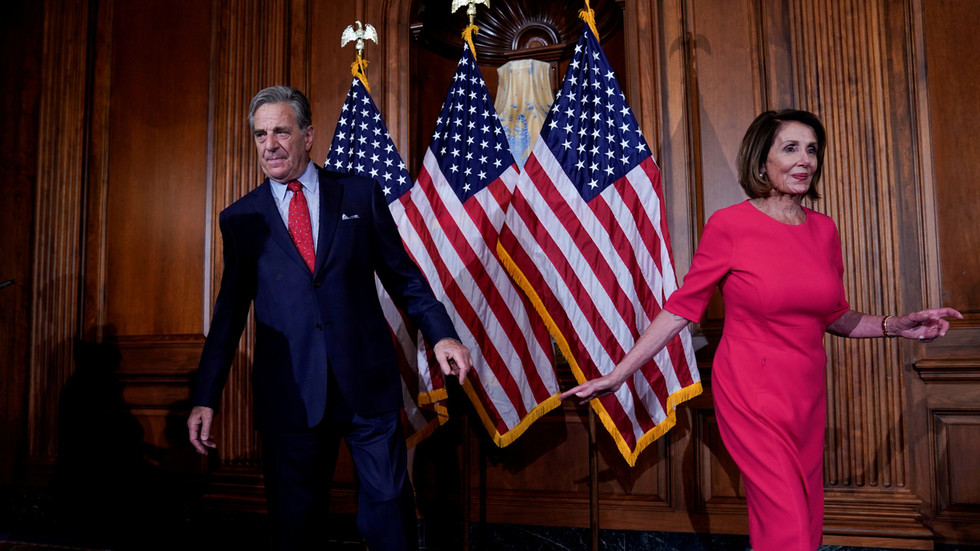 Newly-filed financial disclosures show House Speaker Nancy Pelosi and her husband have invested up to $1 million in CrowdStrike, American cybersecurity technology company and the originator of ‘Russian hacking’ claims.

Financial disclosures show Pelosi (D-California) and her husband Paul buying CrowdStrike shares on September 3, according to a RealClearInvestigations report by journalist Aaron Mate. Since then, the stock went from $129.25 a share to $142.97.

New from me: Financial disclosure forms show that Nancy and Paul Pelosi have invested between $500,000 to $1 million in Crowdstrike, the firm that first accused Russia of hacking the DNC.
Pelosis Take a Big Stake in CrowdStrike https://t.co/9XHjRj0AP3

Reached for comment, Pelosi’s spokesman Drew Hammill insisted she was “not involved” in her husband’s investments and “not aware of the investment until the required filing was made.” Pelosi invests in publicly traded companies all the time and “fully complies with House Rules and the relevant statutory requirements,” Hammill added.

The company was hired by the DNC to address the breach of its email system in 2016. It blamed “Russia” for the alleged hack, but never provided the actual servers to the FBI, offering instead images and redacted reports.

CrowdStrike President Shawn Henry testified to the House Intelligence Committee in December 2017 that the company never had “concrete evidence” the data was actually “exfiltrated” from the servers. Instead, he said, they “saw activity that we believed was consistent with activity we’d seen previously and had associated with the Russian Government.”

This testimony was kept classified until May this year, when it was released to the public under pressure from Acting Director of National Intelligence Richard Grenell. In the intervening years, the claim that ‘Russia hacked the DNC’ became an article of faith in Washington, underlying the investigation into President Donald Trump’s “collusion” with the Kremlin led by Robert Mueller.